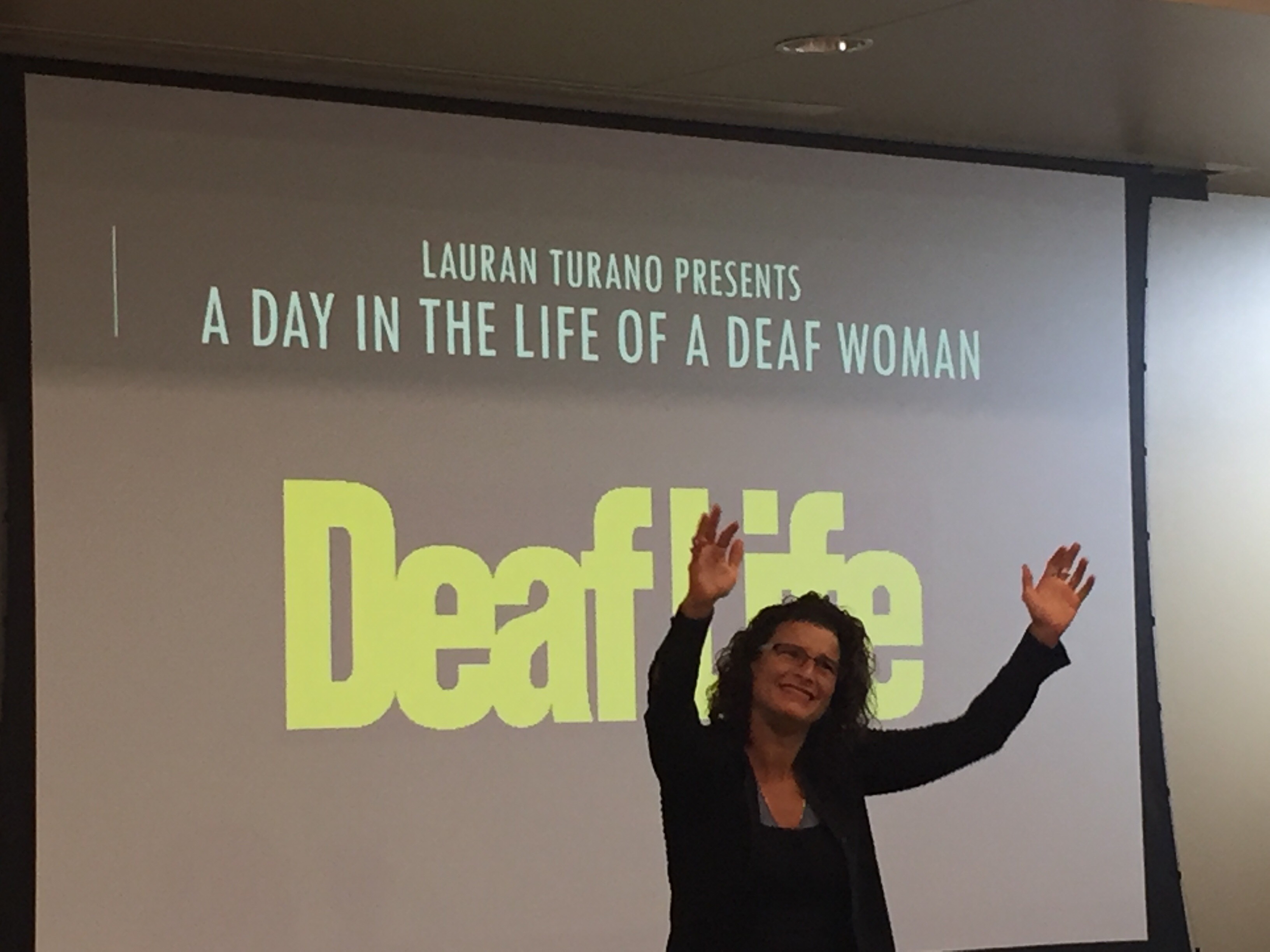 The English and Foreign Languages Department at Colorado State University-Pueblo, along with the American Sign Language Program, sponsored the 2016 Deaf Awareness event on Sept. 29.

“The Star-Spangled Banner” played while Adan Penilla, Ph.D., translated the song into ASL. Throughout the presentations, Penilla and Christal Klinger, an adjunct professor for the ASL program, took turns translating for the audience.

Cynthia Taylor, chair of English and foreign languages, began the string of presentations saying this was the first semester that the ASL program was able to offer a second section of the class due to the program’s “booming growth.” Taylor also said she hoped this deaf awareness celebration would only be the first of many more to come at CSU-Pueblo.

Associate Chair of English and Foreign Language Alegria Ribadeneira spoke about the growth of the ASL program and how she wants to make it so that students can get tested and certified in ASL. She took a swing at signing and expressed her enthusiasm for the ASL program is. “Without language, we can’t reach the amazing heights humans can make,” Ribadeneira said.

For the next 25 minutes, community members and students talked about different outstanding figures in the deaf community. All of the presentations were in ASL, with translations. After each presenter finished, the audience raised their hands in ASL applause.

Susan Thomas was one prominent figure who became the first American woman in the FBI to use lip reading tactics and create a program around lip reading. Not only is she deaf but she struggles with multiple sclerosis. Each presentation lasted only a couple minutes but showcased what students had been learning about using sign language.

Many audience members were familiar with Nyle Dimarco, who became the first deaf person to win “Dancing with the Stars” and “America’s Next Top Model,” attended the event, which also focused on other prominent aspects of the deaf community, especially technology.

Heather Whitestone, who became the first deaf Miss America in 1995, started the Success Through Action and Realization of your Dreams program, which encourages individuals to have a positive attitude, believe in your dreams, be willing to work hard, face obstacles and build a support team.

Other who have made a positive impact on the deaf community, including Thomas Gallaudet, were also honored. Gallaudet, a hearing person, helped raise money to establish a school for the deaf and blind in the United States. The first school of this kind opened its doors in 1817 in Hartford, Connecticut.

One of the last presentations included a woman who interprets music lyrics into ASL. For a long time, Ais Croft attempted to translate the words into sign language but eventually turned to ASL. The presenter showed a video of Croft signing “Blown Away” by Carrie Underwood.

At the conclusion of the presentations, audience members were encouraged to stay and enjoy refreshments and conversation.

BELLAS, BABES and other bodies