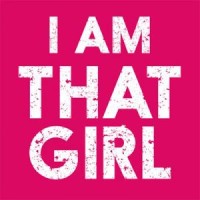 On Nov. 3, between 5 and 6 p.m., the I Am That Girl female empowerment group at Colorado State University-Pueblo hosted an event to share highlights from GIRL2016, the international conference for IATG that was held in Los Angeles.

IATG is a worldwide, nonprofit organization that turns self-doubt into self-love. Every day girls are receiving thousands of messages via social media, magazines, and their peers that they are not pretty enough, not smart enough, not talented enough, not enough. IATG provides a place where girls can feel safe. Their goal is to shift girl culture and raise the standards of how girls treat themselves, each other and the world.

IATG first started out in 2008 with one chapter at the University of Southern California has blossomed into a human movement with over 200 chapters worldwide. The organization provides some online and offline programs that connect hundreds of thousands of girls.

“I came across I Am That Girl via my friend’s Instagram in October 2014. I remember having a conversation with her about it for an hour, then spent hours on the I Am That Girl website researching and applying to start a chapter,” Juliette Mogenson, founder of the IATG chapter at CSU-Pueblo, said.

Mogenson launched the local chapter in December of 2014, and one person attended. As the chapter approaches its two-year anniversary, it has roughly 25 active members and a handful of inactive/alumni members.

Her happiest moments of being a part of IATG include: seeing girls who never had a safe space to be themselves really flourish in the environment they create; hearing their stories and having at least one other person in the room feel the exact same way; and watching friendships form every week.

“Although I found I Am That Girl by accident, I realized that I really needed it. I didn’t have many friends; I didn’t feel like I was enough,” Mogenson said.

IATG has expanded to not only include women in their organization but anyone who is willing to go.

“Everyone deserves to feel supported, heard, loved, and like they belong,” Mogenson said.

“Guys are just as involved in shifting society as girls are, so there are ways men can be involved with the organization. Guys can take a pledge that commits to supporting others around him, and they are invited and welcome to attend all IATG meetings, chapter events, and service projects.”

Tashara Lewis said, “I was a transfer student, I went around at the student involvement fair, and I didn’t really see anything that stood out to me, and I started getting discouraged. It wasn’t until I was walking back to the OUC that I saw a sign for I Am That Girl and it was like in the movies with the lights and the hallelujah sang from the sky. I finally felt like I belonged somewhere.”

Local IATG members recently attended GIRL2016 in Los Angeles, California, a day-long event that brought together members from across the country, as well as from Canada, Australia and the United Kingdom.

“The event focused on the three taglines: be seen, be heard, belong. Attendees listened to many celebrity and non-celebrities speak on these topics and how to apply them to everyday life. Throughout the day there were times members could network and participate in numerous activities that all surrounded I Am That Girl’s core values. To be surrounded by hundreds of women who share the same values and vision for shifting girl culture is so empowering. The event truly instilled a sense of belonging and positivity throughout the day,” said Mogenson.

For more information on IATG, students can contact Tashara Lewis at 719-649-8914 or tr.lewis@pack.csupueblo.edu

More to St. Patrick’s Day than getting drunk