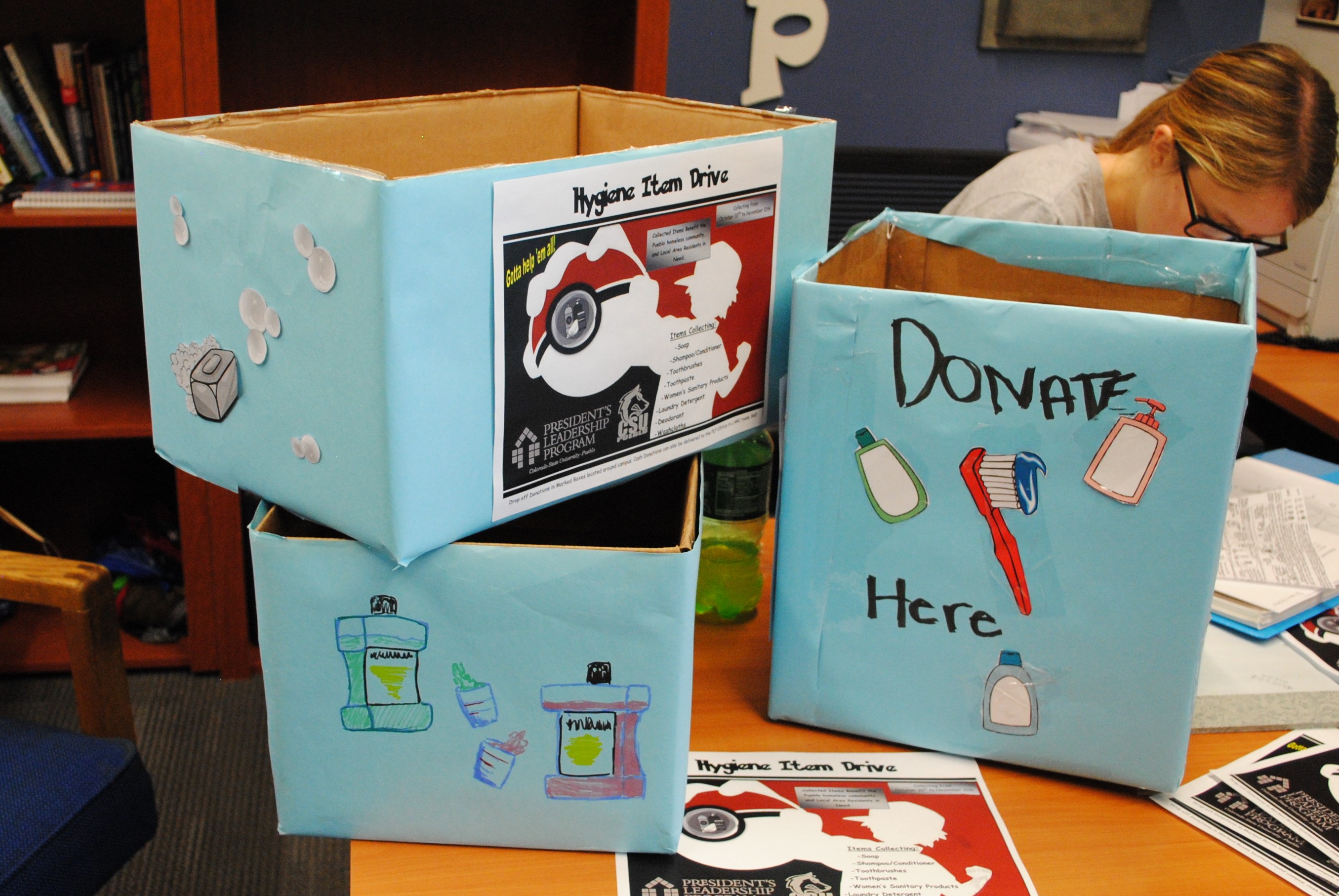 Through the power of community awareness and donation, the President’s Leadership Program at Colorado State University-Pueblo seeks to aid one of the homeless community’s most often forgotten problems in the form of a hygiene item drive.

First-year business major and PLP freshman Casey Adair spoke on the project’s inspiration and how her colleagues rallied behind the idea.

“One of the members in our office volunteers a lot at the soup kitchen and one of the problems the people down have is not enough hygiene products,” Adair said.

“We wanted to help out with that because people don’t really think of things like that when you think of donations,” Adair added.

Every year, the freshmen do a project that’s meant to give back to the community, Johnston said, adding that everyone in this year’s class quickly latched onto the idea of a hygiene drive.

Though the idea was fleshed out and straightforward, the members have run into varying degrees of difficulty in putting the project together.

Psychology major and PLP freshman David Trujillo spoke about the great lengths the group had to go through to get approval from the various buildings around the CSU-Pueblo campus, as well as other parts of Pueblo itself.

“We’re trying to get (donation) boxes at the local high schools, hotels and hopefully other places,” Trujillo said.

Adair added that getting a donation box in each building hasn’t gone over so easily as the members waited for approval just to put up flyers.

Still, the members haven’t felt deterred and have remained thoroughly optimistic about the drive, not only as a charity effort but also as an exercise for their team.

“We’re going to be working together on projects in the future, so this is like our first big project as a group,” Adair said.

PLP Director Shelly Moreschini praised the team’s efforts and the project’s progress as a whole.

“This is a really involved group,” Moreschini said, adding that they’ve worked seamlessly throughout the project.

While talking about the drive itself, Moreschini reflected on the accessibility and impact it has for those involved.

For the homeless, if they’re looking for a job or trying to get back on their feet, hygiene and cleanliness are important, Moreschini said.

She added that the products they’re looking for are things everyone has access to and can readily donate if available.

Though no goals or specific numbers for the drive were lined up, everyone involved is hoping for a good turnout as they continue to get the word out on the project.

“Everyone is so busy around campus and around town, that sometimes they don’t read the boxes or the flyers, but it happens,” Moreschini said.

“The thing I’d want people to know is that no donation is too small; if you only have a little, that helps,” Johnston said. “Every little bit helps.”

Those who want to donate to the drive should look for blue boxes marked “Hygiene Drive” placed around campus (see photos included).  For more information about the team behind the project or about how to get involved, please contact the President’s Leadership Program at CSU-Pueblo LARC Room 360.

9/11 observations at the Diversity Resource Center

A tribute to Jackie Robinson