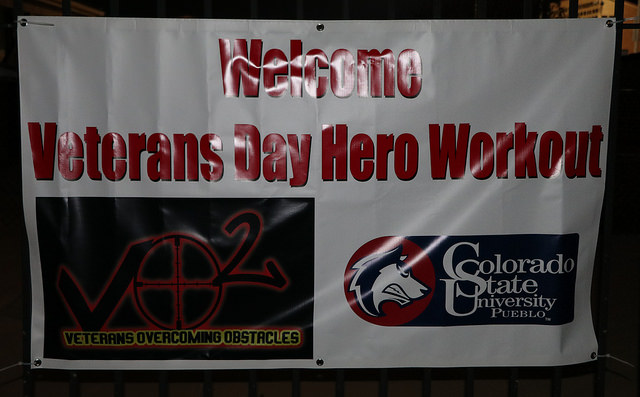 The VO2 hero workout was oganized by PLP in honor of the late US Army Ssg Matthew Whalen. ~ Photo by: Adrienne Burthe
1.3kviews
0shares

For members of the Colorado State University-Pueblo President’s Leadership Program, learning and helping the community are combined tasks.

Chris Carter, the founder of the organization, said VO2 sponsors veterans for any fitness-related activity from Spartan races to mud runs to power lifting. Veterans can also workout at a gym in Pueblo West that is supervised by Carter, a yoga instructor, and a certified counselor.

Lexi Kristan is a PLP member who teaches yoga at the gym. Inspired by the organization’s purpose, she proposed helping VO2 for a community service project, something that PLP students are required to complete during their junior year.

The students split up into teams back in August and developed a business plan and marketing materials. They worked tirelessly to plan a fundraiser, which they called the Hero Workout, in hopes the event would raise community awareness about veterans’ issues and honor veteran, Matthew Whalen. They planned for the event to take place on Nov. 11, Veteran’s Day.

Deanna Sanchez, a PLP member who was on the business planning team for the project, appeared passionate in her support of VO2. She said her experience with the organization has taught her quite a bit.

“It has taught me how to organize events—it’s intense,” Sanchez explained. Sanchez said she will continue volunteer at the gym, even though the fundraiser is over.

The fundraiser is just one facet of the community service project.  All of the proceeds from the Hero Workout will be given to the organization, which has only existed for a year and a half.

According to Jordan Freed, a business major at CSU-Pueblo and also a PLP member, the next phase of the plan is to write a grant proposal for the organization so that it can be provided with even more funding to expand, even after the members of this year’s junior class have left.

Carter said he is hoping that he can provide free memberships to all veterans who wish to workout at his gym. Though yoga classes are complimentary, there are still some veterans who have to pay to use the facility for CrossFit. The founder also expressed future plans to expand his gym to other cities, creating “a YMCA for veterans.”

Carter said it’s “nice for veterans to have somewhere to go” when they come back from war. He said the Veterans’ Affairs office often prescribes pills for veterans combatting PTSD, which can sometimes cause them to develop drug addictions. He explained that VO2 offers a more holistic approach and gives them an opportunity to reintegrate into society.

Kristan said that during yoga sessions, she tries to teach the veterans to open up their hearts using meditation and mindfulness.  Even as an instructor, Kristan has learned from the veterans as well.

“I feel like it’s taught me so many things,” she said, referring to her experience in both PLP and VO2. Aside from event planning, Kristan said she has learned that the veteran population is extremely appreciative.

For more information about VO2, one can visit its Facebook page (@veteransovercomingobstacles), or call (719) 468-0694.

PLP seeks “to develop multi-culturally competent transformational leaders who will serve Colorado and the communities in which they live and work.” For more information about the President’s Leadership Program, visit 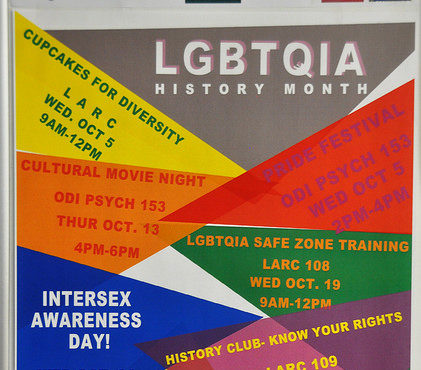 Pack football gears up for game against Mines

Full CSU-Pueblo website redesign to be implemented next fall