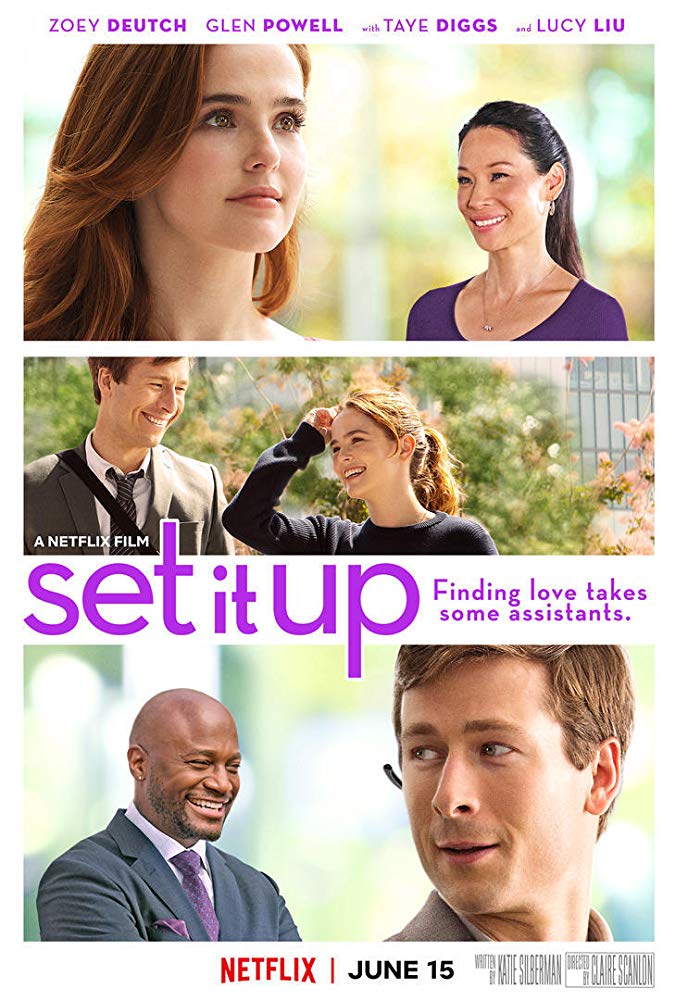 Netflix sure knows how to offer amazing original content and “Set It Up” is proof.

“Set It Up” is a romantic comedy that achieves what many from Hollywood try and fail to do. For a movie that almost got released by Hollywood, it’s a blessing that Netflix was able to acquire this film.

The film plot follows two fresh-faced business executive assistants Harper and Charlie, played by Zoey Deutch and Glen Powell, both overworked by their bosses and itching for some free time. They team up to devise a plan to get their stern and demanding bosses, Kirsten and Rick, played by Lucy Liu and Taye Diggs, to fall in love with one another.

The two crafty assistants play behind the curtain to ignite the passion of their bosses’ relationship but unknowingly begin to create their own tension-filled romance in the process.

The story has a perfect balance of appropriate romantic comedy tropes, but is backed up with fresh comedic material. The variety of original jokes and real-world references hit hard with a modern binge-watching audience and avoids choking the movie with overused clichés.

The film’s characters are well-written with realistic and relatable personalities. They are the heart of this movie that work just as hard as the story itself. Harper and Charlie are very charming and likable from the start: their chemistry is magnetic. Many of the best scenes of the film are those which feature both lead characters and their interactions with all other minor roles.

The type of characters that are focused on are relatively fresh: movies that feature the office assistant as main characters have had successful history on screen: see Anne Hathaway’s reprisal role as assistant in “The Devil Wears Prada” and America Ferrera’s iconic act in “Ugly Betty.”

The editing of this movie is done very uniquely from other rom coms, as it is more modern, has references to modern technology and emphasizes it within transitions.  It’s done so smoothly, it’s almost as if the audience is watching a couple fall in love in real time.  This is what makes the pacing so balanced and keeps everything going strong the entire movie.

The movie soundtrack is another little touch that boosts the cinematic experience. Tracks vary from romantic to more upbeat, unlike other rom com movies that feature specific and popular songs forced into the soundtrack for recognition. One of them also has a subtle reference to the lead actresses’ famous parent with “The Power of Love” being featured.

Overall, “Set It Up” is a refreshing rom com with a good balance of old clichés and new modern perks.  The two likable leads work wonders for the film alongside clever and witty humor that will keep viewers laughing for hours.  For those that have Netflix, watch this movie: it is proof of the magic that the streaming service creates.

Watch the trailer below.