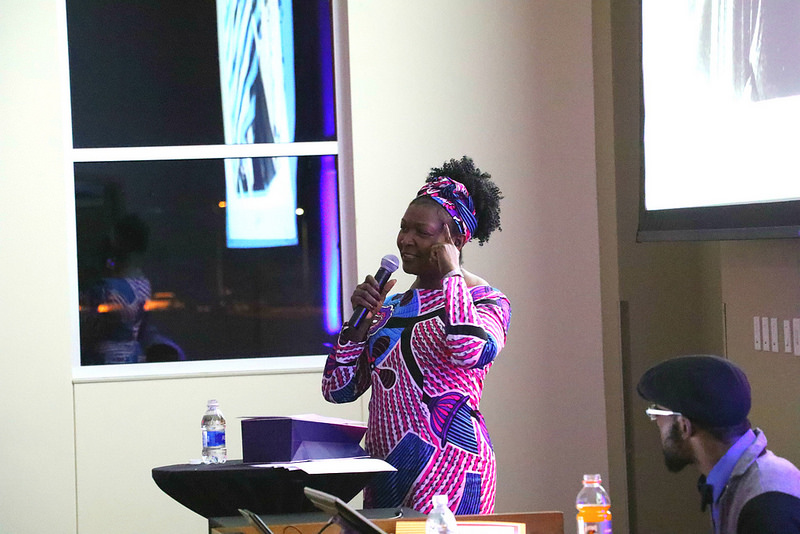 On Feb. 1, the Black Student Union, co-hosted with Residence Life and Housing, and the Office for Diversity and Inclusion, for an event to honor Martin Luther King Jr. and his work. The event took place in the general classroom building, with a layout of food and a variety of drinks.

The event was originally supposed to take place on Jan.16, but was canceled due to bad weather. When the event was rescheduled, it was scheduled for the kick off of black history month.

There were nearly 50 people who showed up to the event to see keynote speaker, Jaki Taggart. She spoke of her story as a child with segregation, and her reaction when King died.

“I looked at the screen of our little black and white TV and saw the headline ‘Martin Luther King dead at 39,’” said Taggart.

Most of the speech was about Dr. Kings three main principles, which were to have a purpose, be proactive, and to be productive.

“I’ve always looked at Martin Luther King Jr. as role model, and he makes me more motivated,” said Jasmine Embry, sophomore at Colorado State University-Pueblo. “My favorite part was the keynote speaker and how she said everybody should be there for each other.’

Taggart also spoke highly of what she hopes the world will become smarter, and wiser.

“My hope is that every generation will never have to deal with segregation,” Taggart explained.

At the end of Taggart’s speech, she discussed how everyone needs to be there for each other, and how we need to be able to make somebody else’s life better.

“Make your life count by striving to make someone outside of your family, life better. Our lives begin to end when we stop caring about what matters.”

Taggart offered many words of encouragement to everyone in the room.

“Make the best of every situation. You are going to go through hardships, but you will make it through them. Don’t let other people determine your emotions.”

After Taggart’s speech, there was a quartet known as the Sankey Sisters, who sang a set of four different songs for everyone in the lobby. Some people were singing along with them, and many were dancing. Shortly after the performance, everyone was conversing, and eating.

The purpose of this event was to bring people together, and to celebrate the life of Martin Luther King Jr.

“I came because I’m learning more, and we should always be lifelong learners,” said Erika Lindstrom, a residence life coordinator who attended the event.