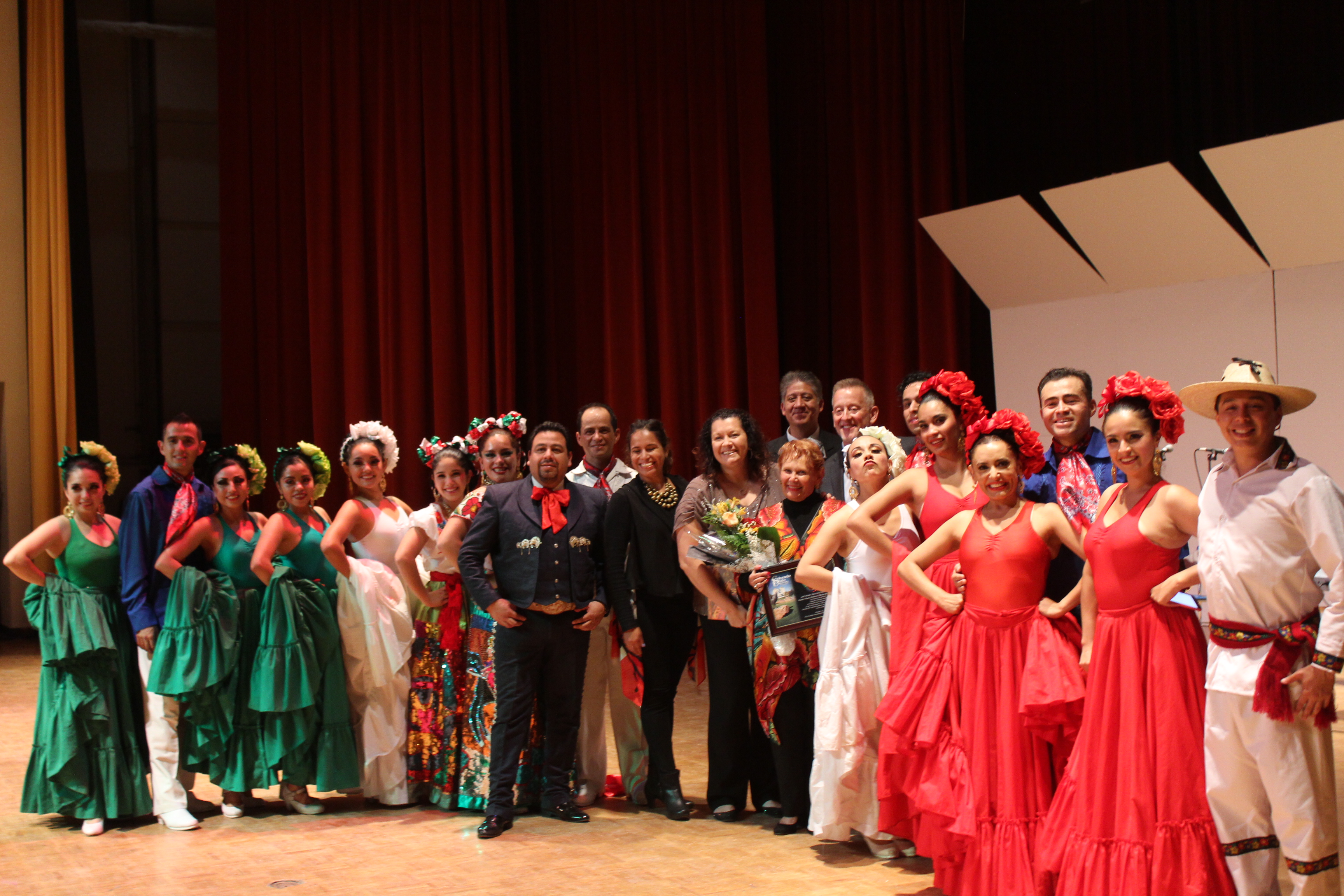 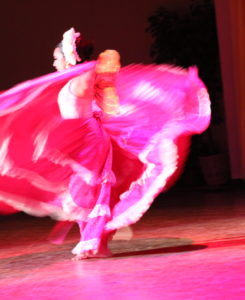 It was held at Hoag Recital Hall at 7 p.m. Oct. 17. The performance was a celebration of Hispanic culture, music and dance.

The show was introduced by CSU-Pueblo president, Timothy Mottet, and associate professor of Spanish and chair of the Spanish department, Alegría Ribadeneira, 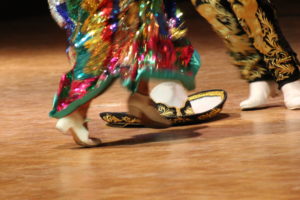 After the show Mottet called the experience beautiful. The performance was full of colorful costumes, traditional dances, beautiful music and comedic story telling. The Ballet Folclorico Del Estado De Mexico travels around the world to perform but this was their first performance in Pueblo, Colorado.

The performance had the audience clapping and singing along with the music. At one point the performers invited audience members to leave their seats and dance onstage.

Mottet got a chance to show off his dance moves on stages along with many others in the crowd during a group dance.

Performers danced to 19 different songs. Some of the more recognizable songs that were heard were El Jarabe Tapatio (The Mexican Hat Dance), La Bamba and the night ending on Cielito Lindo. 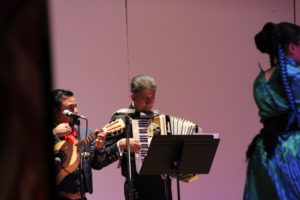 The Ballet Folklorico de la Ciudad de Mexico travels worldwide to share their Mexican culture. Within U.S. the group will perform at different schools and universities. The Mexican government facilitates the group’s travel to American. Once in America the schools are responsible for the group.

At the end of the performance Mottet and presented the director of the group, Dolores Olivier de Menchaca, with a plaque showing the university’s gratitude for the performance. 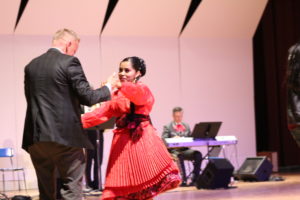 “Tonight reminded me what an honor it is to have Mexico as a neighbor. And we are better together,” Mottet said in closing.

Those at the event included people in the community, students and faculty. Some faculty members in the crowd included Niki Whitaker, executive assistant to the president, and Marie Humphrey, the dean of students.

Whitaker said that this event was a great opportunity to bring Mexican culture to our campus and share it with the faculty and the community. “The University embraces culture and diversity on our campus,” Whitaker.

Humphrey agreed and when asked what she enjoyed most about the performance she responded with, “All of it.”