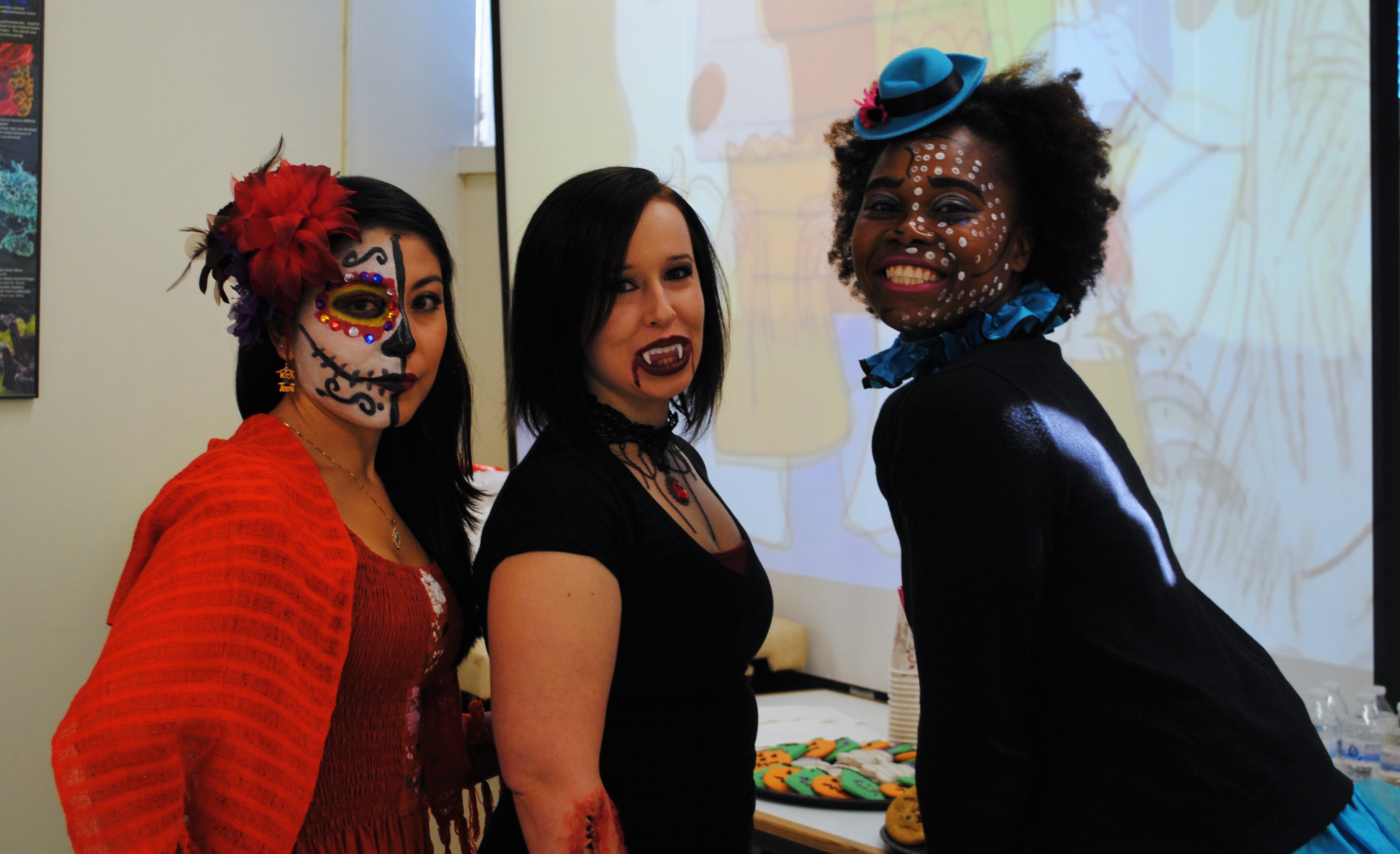 Colorado State University-Pueblo nursing department brought out the holiday spirit when it hosted the Meet A Zombie event Monday.

The Halloween event took place in Technology Building room 223 and was put together through the collective effort of nursing professors and students.

Throughout the event area, dressed-up mannequins, called “manikins” by the department, and Halloween decorations were scattered around. This, along with the Halloween classic, “It’s the Great Pumpkin, Charlie Brown,” provided a unique Halloween feel.

Nursing student Kailey Durnez reflected on putting together the event, saying that the decorations were time-consuming, specifically the large picture of a scene from “A Nightmare Before Christmas” that adorned the dry erase board in the room.

The primary purpose of the event was to show what many in the department feel is an underappreciated part of campus.

“We want people to know that we’re here and this is what we do,” said associate professor Cathy Coram, who was a guiding figure in putting the event together.

One guest at the event was CSU-Pueblo nursing graduate TJ Richardson, who worked at the Meet A Zombie event providing scary makeup to the attendees including zombie bites, broken bones and body sores.

Richardson, who has worked on other CSU-Pueblo zombie events in the past, said that she jumped at the chance to help out her old department and add something to an incredibly fun event.

“This program is really good. Not easy, but it’s been good to me,” she said.

Also featured throughout the event were three costume contests: one for faculty, one for any student who attended, and one for the various manikins dressed up by the students.

The Halloween-themed portions were all backdrop, however, as the nursing department made a point to show off what exactly goes on in the building with demonstrations of their nursing simulations involving the mannequins.

These included having students who attended deliver a baby from the manikin mother, named “SimMom.” Another segment included checking on the various ills of another manikin who was dressed up as horror movie icon Freddy Krueger.

By the end of the event, those involved considered it a great day and a good showing for the nursing department.

Lab assistant Eve Kwiatkowski called the event a success and said it was something that she would enjoy doing again.

“We really wanted to go all out, not just for the nursing students, but for everyone who showed up and saw what we work with here,” Keller explained, adding that she feels that the department accomplished that.

“Everyone did a great job,” said associate nursing professor Carla Howard. “A big point for this was to bring the community on campus, and I think the people are seeing that.”

The event officially ended with the announcement of the costume contest winners, with nursing advisor Lisa Persons winning the faculty contest, Keane Velez winning the student contest, and the mannequin, dressed as Freddy Krueger, won the manikin contest.