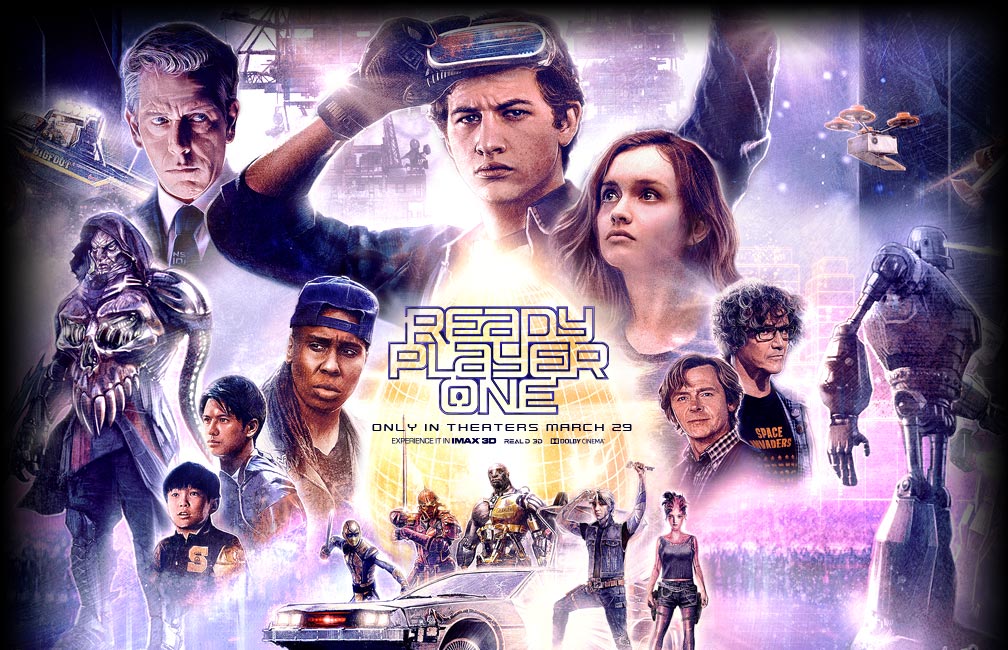 Steven Spielberg, one of the most consistent directors in Hollywood currently and has given us what he is best at giving: A great adventure with an engaging story and well fleshed out characters.

This is a movie that proves a film can have nostalgia and pop culture references within an entertaining story all at once.

The story is one that is adapted from the book Ready Player One and does what adaptations should do, stay faithful to the book, while adding fresh material and making it appealing to all audiences. It contains lines and events straight from the book as well and changes for the better. The pacing is a great balance of comedy and drama and moves at the proper pace.

Overall, the synopsis is that the OASIS, a virtual reality program created by James Halliday who leaves an Easter egg out for users of the program to inherit his fortune and control of the Oasis. Wade Watts and his friends all team to win the Easter egg and the prize with it.

The acting and characters work hand in hand in the movie as our protagonist Wade (Tye Sheridan) known as Parzival in the Oasis and Samantha (Olivia Cooke) known as Art3mis in the Oasis, all develop throughout the story with a solid antagonist named Nolan Sorrento (Ben Mendelsohn). Nolan is the head of Innovative Online Industries the rival to the OASIS and is competing to acquire the Easter egg.

Each performance is top-notch and not one stands out in a negative way.

Visual effects are the most essential part of the story and help with showing off all the pop-culture characters and also enhancing the action. Luckily for this movie the visual effects are handled with care and all look stunning.

The editing works wonders as it helps keep the action clear and allows everything to be seen on an impactful level. It helps the action flow and shows references in and about the world of The Oasis. As with most Spielberg movies, there are no quick cuts or shaky cam to be found.

Steven Spielberg’s directing, similar to most of his filmography, exceeds expectations. With the type of movie presented he could have coasted and relied on the nostalgia and pop culture references but didn’t. His vision was one of a film that balanced nostalgia with good characters and has his traditional attention to detail with all aspects being spotless.

The musical selection has a truly original and unique orchestral score from Alan Silvestri It lends a sense of wonder and adventure to an entertaining film. Licensed songs are also used and they are all well utilized and fit organically.

Overall, Steven Spielberg has delivered again with a movie that has an engaging story and entertaining and exciting characters. In terms of the adaptation, it honors the book while building on and improving upon it.

I would highly recommend this treat offered by Steven Spielberg.