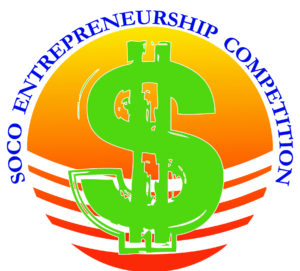 Colorado State University-Pueblo will host the fourth annual SoCo Entrepreneurship Competition (SCEC), inviting prospective business-people from all over Southern Colorado to put their ideas to the test.

At the competition, contestants will present their unique business ideas in front of a panel of judges for the chance of winning a $1000 cash prize as well as a $4000 scholarship to the Hasan School of Business, according to SCEC’s official web page.

“So far, we have a couple of judges we’re really excited about,” said Michael Wakefield, professor of management in the Hasan School of Business.

Mike Zavislan, owner of Southwest Motors, will be a judge alongside Jake Jabs, owner of American Furniture Warehouse. Jake Jabs is also going to be the keynote speaker for the event.

“Zavislan started Southwest Motors from zero dollars, so I thought he would be really good to give advice to students and their business ideas,” Wakefield said.

He said he’s been working on a relationship with Jabs for some time as well and is really looking forward to having him judge the competition.

Entrants will be split up into two divisions. The Student Competition, which is open to high school students enrolled in a school in Colorado, will be hosted at Hoag Hall on CSU-Pueblo’s campus April 14. The second division, the Adult Competition, accepts contestants 18 years or older and will be held April 15 at the Sangre de Cristo Arts Center in downtown Pueblo.

“We want it to be open to schools and people with business ideas,” Wakefield said.

Business ideas for the Student Competition are submitted to SCEC’s website for a panel review. The panel then chooses the top 6 or 7 competitors to present live at the competition.

“The Adult Competition works kind of like (the TV show) Shark Tank,” Wakefield said. Applications are given to a group of venture capitalists, and if more than one of them gives the ok, that idea is selected for the competition.

Once the selection process is complete, entrants have the opportunity to participate in workshops offered by SCEC. “We want to help them make sure they have a clear idea of how things are going to go,” said Annica Roberts, senior fellow at the Healy Center. Roberts is in charge of event planning and coordination of the Adult Competition.

“If we don’t do a workshop, everyone gets confused (about how things should go), so it’s pretty important,” Roberts says.

The intention of the workshops is to help polish business plans off and make the selection process easier.

“We help you clean up the plans so you can shine through,” Roberts said. “That way, the venture capitalists don’t have to wonder whether or not it’s a good idea. They can decide whether or not they want to invest.”

Both competitions will be free to the public. “We do this for the community, not just to make money off of it, because we really want to showcase the potential that the people of Pueblo (and Colorado) have,” Roberts said.

“We’re really hoping we can fill Hoag Hall that night when the students present,” Wakefield said.

A new face for ASG