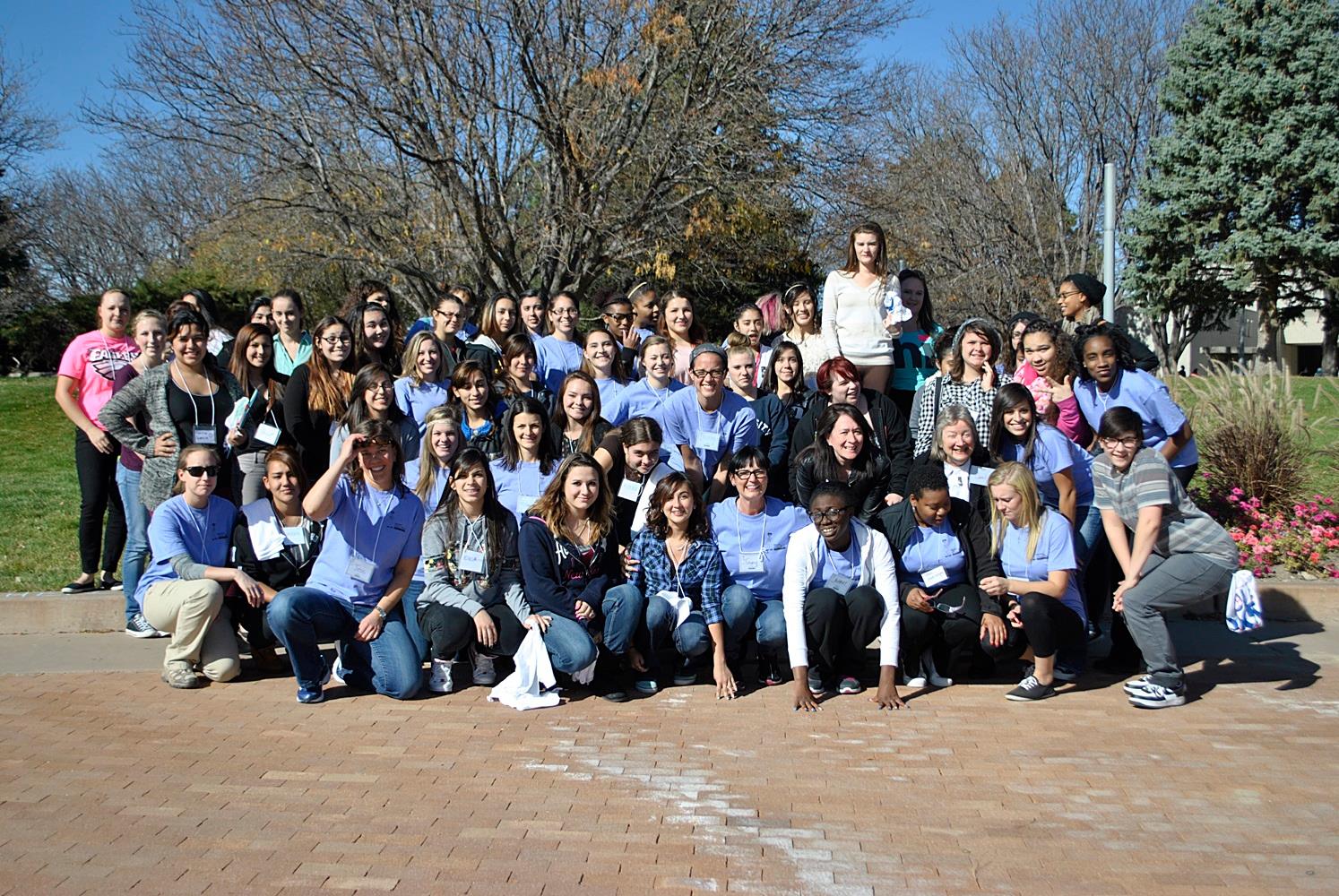 Unlike a majority of conferences held at academic institutions, this one does not solely focus on academia as being the absolute option of success; it also discusses multiple paths of success.

The conference was founded in the 2002- 03 school year by Carol Loats, retired history and women’s studies professor  Loats still participates and helps with the event.

“It’s really about giving a space for young women to have one day where they are in the center of their world. They can think about ‘what is positive that I have within me that I can be successful; however, I wish to determine that success?’” Cunin Borer said.

The conference included panelists from a wide range of backgrounds including Colorado Statehouse Representative, Daneya Esgar. As well as peer mentors or coaches that consist of young women who are currently students at CSU-Pueblo or who have attended the conference themselves in previous years.

“Some of the panelists will stress education; others will say ‘look I was a teen mom myself.’ We have a range of women who have these different experiences and are successful. We ask ‘what is positive about what happened?’ Because a lot of times there’s a lot of ‘don’t do this, don’t do that’ and it’s more like ‘well not don’t do this, but OK if you’re going to do this then how can you best do it successfully?’” Cunin Borer said.

Juliette Mogenson, a former CSU-Pueblo student and current employee in Student Engagement and Leadership at the university was a peer coach last year before she graduated and continued to work and help plan and mentor the girls at this year’s conference as well.

“Each year, I gain something from this conference. By doing the activities with the girls, I learn more about myself. I am also able to enhance my communication skills by speaking with girls who come from various backgrounds who have different stories,” Mogenson said.

This year, 40 girls attended the conference. The $5 registration fee was waived for participants who were unable to pay it.

“It may well be what we call a transitional year because it’s the thirteenth year that this conference has run and as you know, things move. You know 13 years on, someone who was 14 is now in their late twenties, so we need to move with the time,” Cunin Borer said.

A change made this year was to incorporate more social media use and advertised the conference on Facebook, which Cunin Borer said seemed to work very well.

Facebook was also used for feedback on the day, and all of it was positive in nature. Some of the girls who attended commented things such as “I enjoyed this with being able to meet with many other young women with many other stories that all want to be successful like me,” and “I learned a lot, and you made me a better, stronger woman. I loved the poems and the nice, supporting members and staff.”

The day was filled each hour with different activities for the girls to learn more about themselves and options for their futures.

“The conference ran smoothly, and we had a great turnout of attendees. The atmosphere was intimate, allowing girls to feel like they are in a safe environment to be themselves,” Mogenson said.

She plans to continue to help with the conference in the future.

Regarding the next year’s conference, many updates are being considered.

“It may well be that we restructure the whole conference, even renaming it maybe and using a lot more social media. And more looking at where young women are today because where they were 13 years ago, they’re not there today,” Cunin Borer explained.

There are plans for the conference in the future to have a Twitter page and even a Snapchat story for the girls to use interactively while at the conference.