Colorado State University-Pueblo student Timothy Zercher is stepping down from his position as Associated Students’ Government president April 13 as his term comes to an end.

Zercher, who was sworn in as president on May 1, 2014, served as an active member of four different organizations before he ran for ASG last year. As his term is ending, he plans to move on to new endeavors while still being active on campus. He said he is happy that the incoming administration will be a good fit for the 2015-2016 year.

Zercher said he wants the student body to remember the work he and his vice president Mario Ruiz did in the past year.

“I want people to remember me and Mario, that we did two things. We focused ASG and that 2014-2015 administration set ASG on a good track,” Zercher said.

The next step for Zercher is an internship with El Pomar and working with Enactus over the summer. His dream job is to bring foreign investments to the U.S. as an international business broker.

He also said he enjoys traveling and different cultures.

Zercher, Ruiz, their administration and the ASG senate accomplished more than 20 projects over the year, all of which Zercher went over at the last senate meeting of the year on April 7.

For example, the ASG senate and administration reduced spending on ASG stipend by 9.7 percent and redirected those funds towards students. They also more than doubled the Student Discount Program in size and awareness.

They started the push for free textbooks and other course materials and restarted the Student Emergency Fund, which will kick off on April 14.

The administration finished assisting Residence Hall Association in becoming a stronger organization and they began a campaign to increase the awareness of student services on campus.

The ASG also brought national campaigns to campus, including the It’s On Us Campaign the Step Up movement.

They partnered with other organizations in helping to fund Late Night at the Rec, helping to send the Latino Student Union to their regional conference, funding Take Back the Night, bringing funds to the Student Leadership and Involvement Awards, bringing Don McPherson as a guest speaker and putting on Get Out and Vote events on campus during primary elections.

They represented students in over 80 unique seats on boards, committees, appeal boards and councils across CSU-Pueblo and state of Colorado and sent representatives across the state and to Washington, D.C. to advocate for CSU-Pueblo and its mission.

They helped create and bring into action the Colorado Student Government Coalition and hosted the statewide board of directors meeting of the CSGC. They also presented to the Colorado State Legislature advocating for better IT infrastructure for CSU-Pueblo.

Zercher’s administration also completely restructured the way the ASG operates. Those changes will be carried over into the next year.

“Overall, I think we left a great legacy behind,” Zercher said. 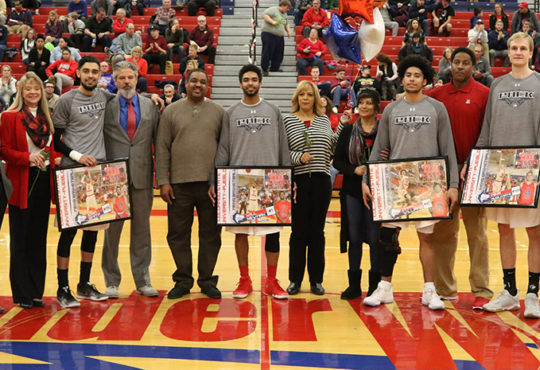 Studying abroad the experience of a lifetime