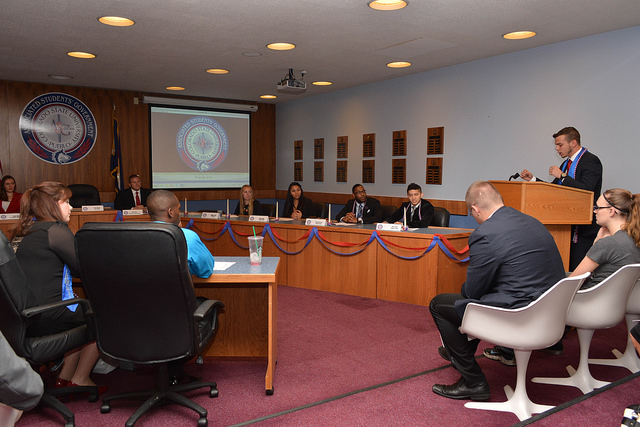 The Associated Students’ Government welcomed new members at an inauguration ceremony on April 19.

Sarah Zarr, this year’s ASG president, gave cords to graduating senior members. Zarr then wished the new members the best of luck in their endeavors and offered a few words of wisdom. She gave thanks to those who supported her throughout the year including Marie Humphrey, Dean of Students, and Gene Wilson, ASG vice president.

Wilson also gave some advice to the incoming ASG in a brief speech.

“You all have the potential to do something great, don’t let the nay-sayers get you down, if it doesn’t work one way, then find another away,” he said.

Afterward, a candle lighting service took place in which the ASG members leaving office lit the candles of those entering. Twelve senators, a vice president and a president were then sworn in to take office for the 2016-2017 school year.

Both the incoming president and vice president gave short statements as well. Antonio Huerta, 2016-2016 president, attributed his success to the support of family, friends and God.

The ceremony closed with positive statements from Gena Alfonso, co-advisor of ASG and Noelle San Souci, next year’s ASG advisor. 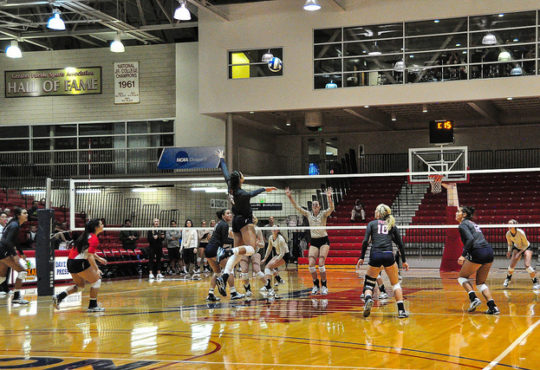