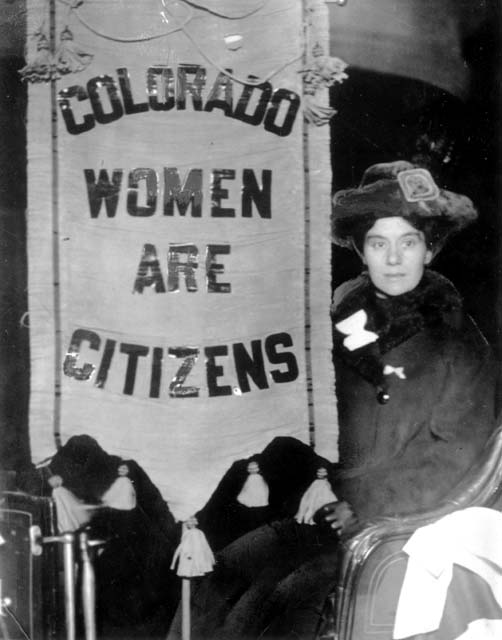 By: Winter Vera
In 1893, women in Colorado’s right to vote was recognized, a good 27 years before the United States caught up, and Pueblo Heritage Museum will commemorate this event with a High Victorian Tea Party event. This is not the only event being celebrated, however. In 1894, Carrie Clyde Holly became one of the 1st women elected to serve public office in Colorado, and her accomplishment will be celebrated too.

The Facebook page for the event reads, “125 years (after women won the right to vote and Carrie Clyde Holly was elected) we are celebrating (Holly) and all the women who made suffrage possible. Join us for a historical presentation, tea and refreshments, and a well-mannered Victorian engagement. We encourage participants to dress up in their favorite period-dress.”

This is not the first time Holly has been a feature of the Pueblo Heritage Museum. Her story was performed for the first time as a new addition to the annual Historical Ghost Walk (a walk from El Pueblo History Museum to the Pueblo Heritage Museum, in which patrons meet performers who portray various historical figures). The actress who played Holly is expected to reprise her role for the Tea Party.

The legislation to grant women the right to vote was passed on Nov. 7. According to the Pueblo Chieftain, the first woman to register was Julia Sisson, a saleswoman for the Glade Dry Goods Company, who registered Nov. 8.

Refreshments will be provided by Jakes Cakes and Baked Goods. November 9, there will be two sessions for the Tea Party at 1:00 and 4:00. Tickets are $20 per person, and will be available at the Pueblo Heritage Museum.