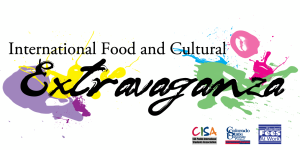 The annual CSU-Pueblo International Food and Culture Extravaganza was canceled last week, after the university disallowed an integral part of the event’s tradition.

Canceling the event was a student decision, after senior university administration members informed the CSU-Pueblo International Students Association that they could no longer hold a potluck, a major part of the event’s tradition.

Annie Williams, who works in the Center of Academic Enrichment, and is advisor to CISA, said the group ultimately decided to cancel the event amid concerns they would not be able to feed all of the event’s attendees.

“A heavy tradition is that we encourage students to bring a potluck dish, something native to their country, something associated with their heritage and ancestry,” Williams said.

After being informed of the university’s decision not to allow the potluck, CISA was forced to cancel.

CSU-Pueblo has recently tightened their policy on bringing food on campus, perhaps in part, due to an incident last year in which two freshman students brought a marijuana-laced pineapple upside-down cake to a class potluck last April.

Alexandra Sandoval and Marco Lopez-Diaz brought the marijuana-laced cake onto campus after a class presentation on April 30, 2015, according to the Pueblo County Sheriff’s Office.

Because of this event, CSU-Pueblo’s policy on potlucks now seems more stringent.

“I think they have tightened their food restrictions in terms of what you can bring and what you can share on campus,” Williams said.

According to Chris Fendrich from the Office of Student Engagement and Leadership, the current policy on outside food is dictated by Chartwells, the company with the exclusive contract for providing food services on campus since 2007.

Fendrich said that the guidelines imposed by Chartwells and the university was partially in relation to the marijuana incident of last April, “but not totally, it’s basically just to keep the university safe.”

Chartwells has health guidelines it must follow in food preparation that it is insured upon in the event that a student or campus faculty member to got sick.

Students who bring their own prepared food to campus do not have such guidelines, and therefore could potentially cause illness from food prepared improperly.

The disallowance of the potluck part of the extravaganza was not so much the disappointment for CISA, as much as the timing of when the club was notified in relation to the event.

“It’s just unfortunate that this event was planned so far into the future and we were told this at the last moment,” Williams said. “It has influenced other events that we have planned but we will comply with university regulations.”

In future years, CISA is considering taking the event off campus in order to continue the tradition of the potluck in the event.

“We will (continue to have the Food and Culture International Extravaganza). I believe it’s the longest single running event this campus has had consistently on an annual basis so we will not eliminate it but we might look at having it off campus,” she said.

Knowing the signs of alcohol poisoning