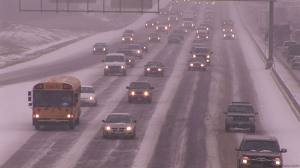 Like many other students from Colorado Springs, I have chosen to commute to CSU-Pueblo to pursue my degree.

As a student making the 45-mile trip south from my home in Colorado Springs, I recently encountered some car trouble and learned firsthand the difficulty of the commute for those without personal transportation.

Because of my situation, I thought I might be able to collect information to help commuting students by providing information on how to get to and from school without their own transportation. This would not only be a guide for those with sudden vehicle troubles, but also as a reference for students who wish to save money and gas through public transportation.

Unfortunately, my search was fruitless, as no such form of transportation currently exists.

Barring airport shuttle services that run to and from Colorado Springs, with rates from Pueblo to the Colorado Springs Airport costing $60 one-way and $100 round-trip, or ultra-expensive taxi rides, virtually no reliable transportation is available for commuters between the two cities.

Even “Bustang,” the new inter-regional express bus service from the Colorado Department of Transportation, which claims to connect commuters along the I-25 corridor, ventures no further south than downtown Colorado Springs.

Commuting students have called for more organized commuting networks since 2008, as detailed in a Colorado Springs Independent story by then CSU-Pueblo student, Amanda Lundgren, entitled “Going the Distance.”

In the article, Lundgren details the outlets available to commuting students to organize their own carpools, she said, “Besides meal plans, Student Life and Auxiliary Services offer commuters a separate lounge, and makes bulletin boards available to all students. But there is a limit to how many non-campus postings like carpool requests can be made, and few seem to know about the lounge.”

Still,with no current network in place for commuters and no outlet to arrange carpools besides bulletin board access, it seems that not much has changed with regard to the commuting issue since Lundgren’s article seven years ago.

One thing that has changed though is the amount of incoming students.

According to a CSU-Pueblo press release in September, the fall semester of 2014 boasted, “a double digit percentage increase in freshman enrollment (from 2013).” And Paul Orscheln, vice president of student services and enrollment management at CSU-Pueblo, said in a recent interview with KRDO that the university has received even more applications for the 2015-2016 school year.

With this increase in new students comes a greater demand for both late-start and general education classes, precisely the types of courses that are offered at the university’s Colorado Springs Tower location.

Students who live in Pueblo are beginning to face the same dilemma that their out of town counterparts have had for years: “Is the class worth the drive?”

If current enrollment in courses at the Colorado Springs location is any indicator, students have found the answer to be a resounding, “no.”

According to the CSU-Pueblo course listings, not one of the 43 listed courses in Colorado Springs is full, with most classes less than half full.

It’s unclear whether or not this enrollment might be boosted with more adequate commuter transportation.

According to an article in Forbes, CSU-Pueblo is one of the fastest growing universities in the state, and as CSU-Pueblo continues to grow, so will the number of commuter students.  This means that the issue of students commuting is one that will need to be addressed in the near future.

Bollywood actress to debut in Hollywood through singing

ThunderWolves hang with a top dog in RMAC

Nationally-ranked Nebraska-Kearney proves too much for Pack