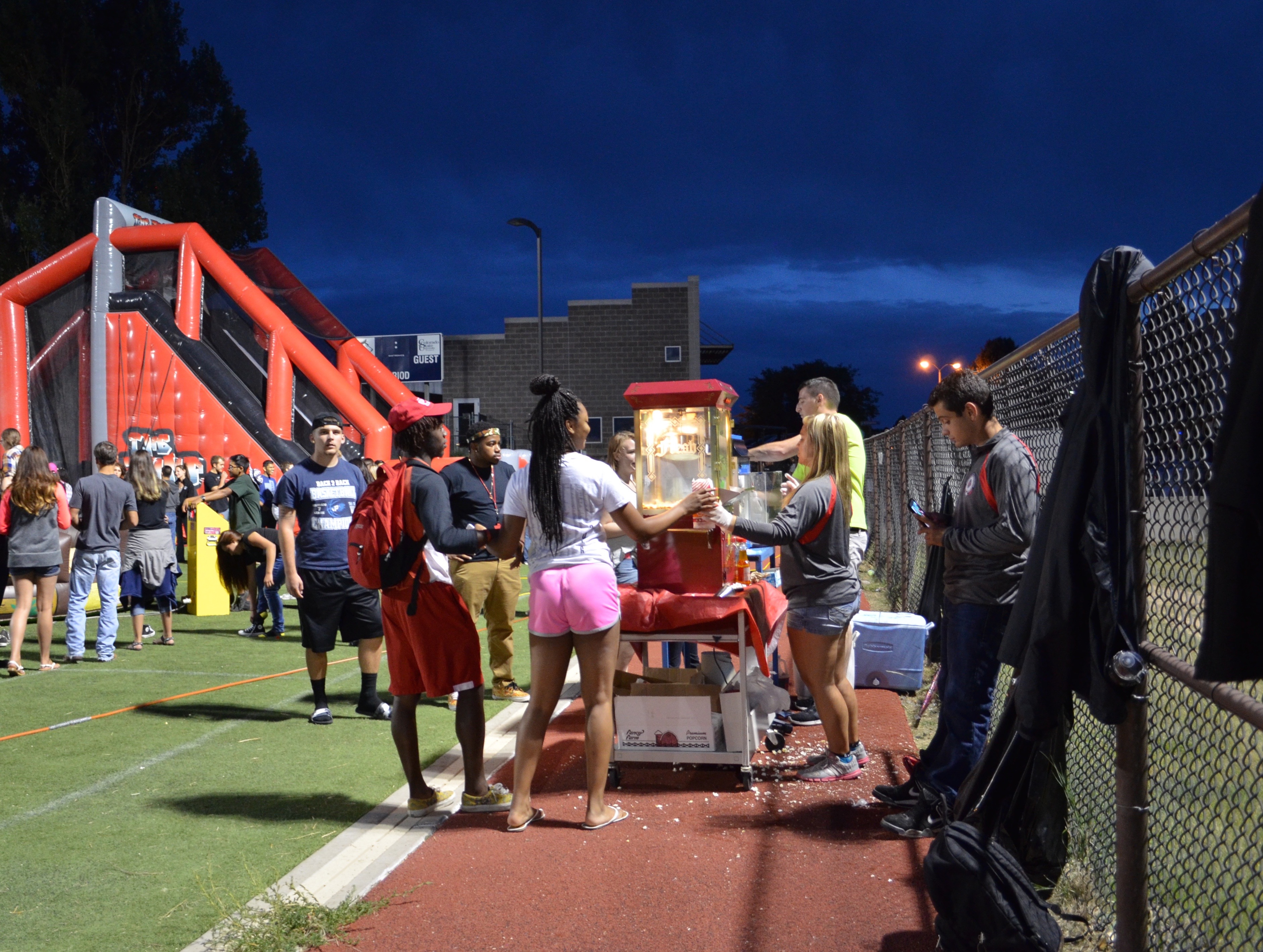 The student orientation team at Colorado State University-Pueblo hosted a campus carnival for students on Monday, Aug. 22, from 7-10 p.m. at the student recreation field.

The turnout of more than 400 students exceeded the goal set by the Office of Student Engagement and Leadership.

The carnival was one of several events scheduled during WolfPack Welcome Week at CSU-Pueblo from Aug. 22-28.

Events were designed to engage new and existing students in fun, team-building activities before the start of the school year.

Freshman Jacob McKevitt had a tough time picking a favorite. “I saw the stickers on the ground and thought they looked interesting,” he said. “I was mostly excited for the drop castle.”

The event, which kicked off at 7 p.m., featured several activities and entertainment, including an obstacle from the ABC series ,“Wipeout”, a mechanical bull, snow cones, popcorn, volleyball, and yard games. The bounce castle was a crowd favorite.

Pre-med freshman Neel Patel, a native of India, said, “I wanted to come because my friends were recommending for me to go, but also because I really like volleyball — it was something that I played in India too.”

The volleyball game was particularly popular with students. By the end of the night, teams consisting of 10 to 15 people were competing.

While students waited in line, they enjoyed free snow cones and popcorn handed out by the orientation staff.

Members of the university’s Associated Students’ Government also engaged students throughout the evening.

Alex Purcell, a transfer student from Red Rocks Community College, said that she was most excited to get out of her room and participate in the bounce house and enjoy some snow cones.

Several students stayed behind after the end of the event to help organizers clean up and dismantle structures.

ThunderWolves run out of gas, falter late in loss to Drury