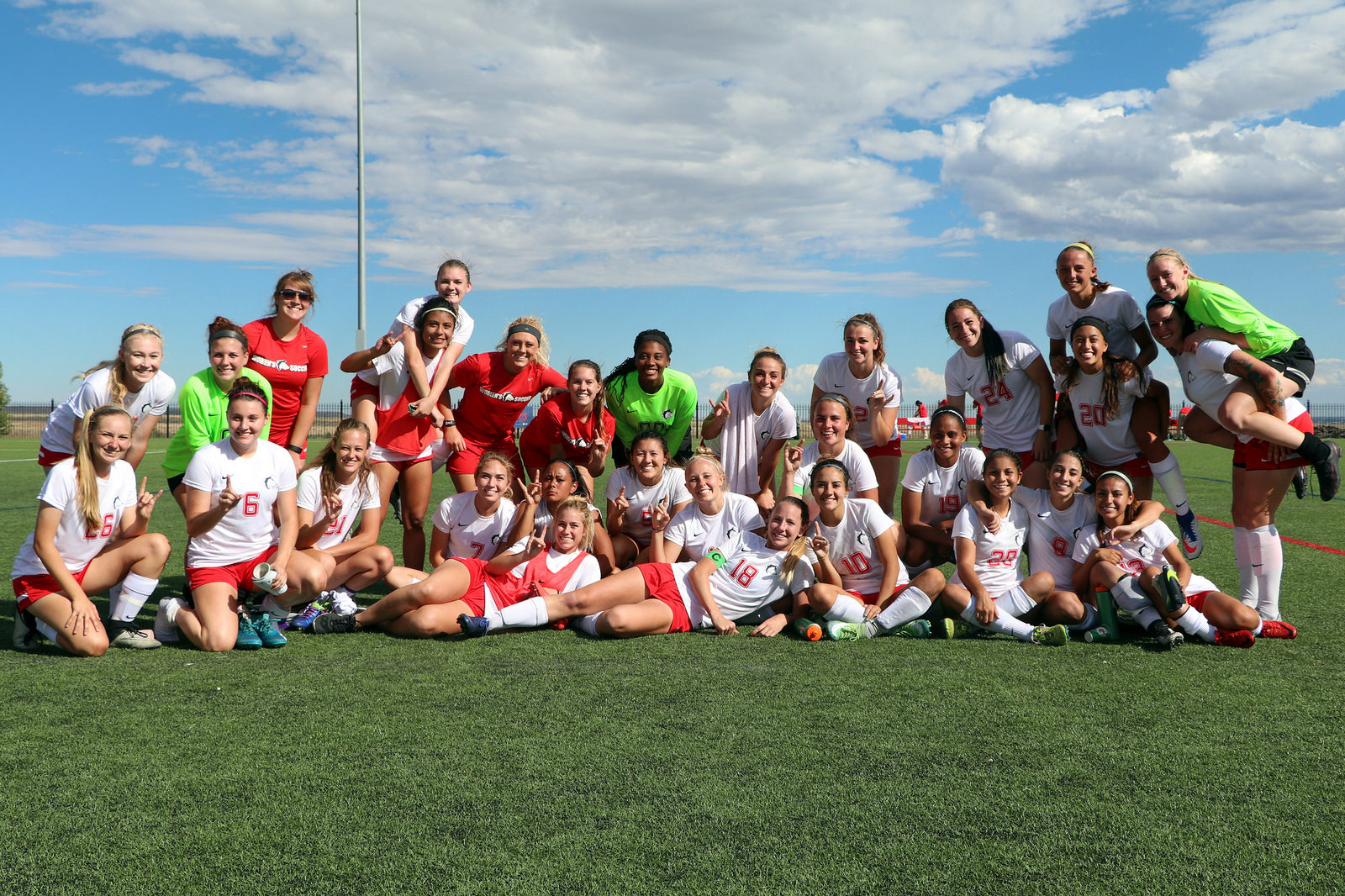 The No. 24 nationally ranked women’s soccer team at Colorado State University-Pueblo is having a powerful season, with an overall record of 12-3-1 and a conference record of 9-2-1.

The women were on an eight-game winning streak coming off their last weekend at home — a new record for the program that was previously set in 2007. After the final weekend in regular season play, The Pack continued the win streak to nine and ended the season with a tie.

Head soccer coach Paul Regretto anticipated the last home weekend to be a tough one for the girls. “It’ll take our two best games of the season,” Regretto said.

The ThunderWolves went up against Colorado Mesa Friday at the Art & Loraine Gonzales Stadium and scored two goals back-to-back in the first half, closing off the game with a 2-0 victory over the Mavericks.

The ThunderWolves continued the winning streak on Sunday against Westminster. The only goal was scored late in the second half to close off the game with a win for the Pack and a game that proved tough for both teams.

The home weekend was a solid one for the Pack’s defense as well, shutting out Colorado Mesa and Westminster over the weekend. The team’s defense has been strong since the season started.

Pack goalkeeper Alison Darr had her sixth shutout of the year on Sunday, “Hundred percent my defense. I have the best defense in the conference hands down,” Darr said.

“We have the best defensive line, they do a great job every single game,” Laikyn Koss, a senior on the team, said. Having a strong defense allows Koss to focus on scoring rather than worrying about the defense doing their job correctly. “They’re going to give 110 percent of their effort.”

Koss has scored seven of the team’s 21 goals this season. While Koss is the team’s leading scorer, she values the entire team on and off the field.
“Soccer is a team sport. We’ve really stuck together and gotten these wins,” Koss said.

The Pack continued the winning streak at University of Colorado-Colorado Springs Friday, winning 3-1. The ThunderWolves concluded the final weekend of regular season play with a tie against Western State Sunday.

CSU-Pueblo will host a quarter-final tournament game on Wednesday at 7 p.m. against Fort Lewis.