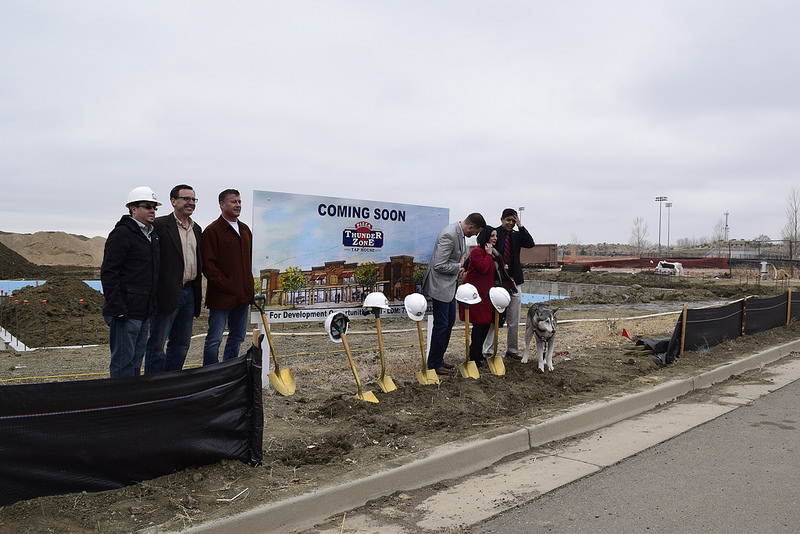 On Febuary 2, the Colorado State University- Pueblo Foundation broke ground on Thunder Village, a $2.4 million commercial project that spans 10,000-square-feet, in a ceremony held in the Fieldhouse of the Thunderbowl.

The privately funded complex is an anticipated addition to campus which will provide students with nearby commerce. According to a statement made by the CSU-Pueblo Facebook page, the first tenant of Thunder Village is Thunder Zone Pizza which will operate separate from the Foundation.

Foundation Chairman, Russell DeSalvo said this partnership with local businesses and restaurants would help to “diversify CSU-Pueblo’s assets,” as well as enhances the university’s local tax base. According to DeSalvo, Thunder Village will provide additional services that students on campus need.

Recent renovations of the Occhiato University Center (OUC) have forced the closure of at least two mealtime options for students, including Einstein Bro. Bagels. The plan is for the renovation of the OUC to be complete in March of 2018, according to the CSU-Pueblo website. Thunder Zone Pizza, however, is set to open in June of 2017.

University President, Lesley DiMare said, “Student’s here have been waiting for something like this for years.” According to DiMare, the Foundation “has been vigilant,” in working to create a gathering place for students, faculty and staff while also drawing in members of the community.

Antonio Huerta, President of the Associated Students’ Government (ASG) also agreed that this new prospect for campus will be influential in creating a more “vibrant student culture.” He said, “(I’m) excited to see the impact Thunder Village will have on campus and Pueblo’s community.”

This “place of their own,” as DiMare described it, was first introduced by previous ASG presidents. The 2015-2016 ASG president Sarah Zarr watched from the crowd as her successor, Huerta, broke ground on the project. Zarr assisted in presenting the idea in its early stages and said she helped to “start the conversation with the Board of Governors.”

But this new addition to campus isn’t just for enjoyment. DiMare predicts it will help to increase student enrollment based on the premise that the university can now call itself fully residential. For some, it seems CSU-Pueblo has come a long way.

Genia Gallegos, a community member who attended the ground breaking ceremony said she recalled visiting the campus with her father as a child. Gallegos said, “Back then it was just the big buildings on the hill. It’s changing.”

Thunder Village is the change in campus life that Huerta and DiMare believe students will love while also keeping them safe. DiMare admitted she worries about students when they venture far from campus to seek restaurants or entertainment. 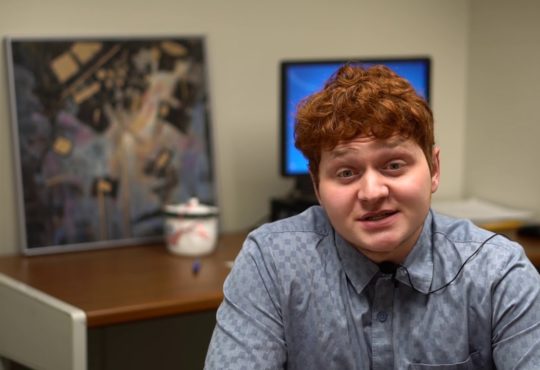 Temple Grandin will be the Distinguished Speaker for March 13