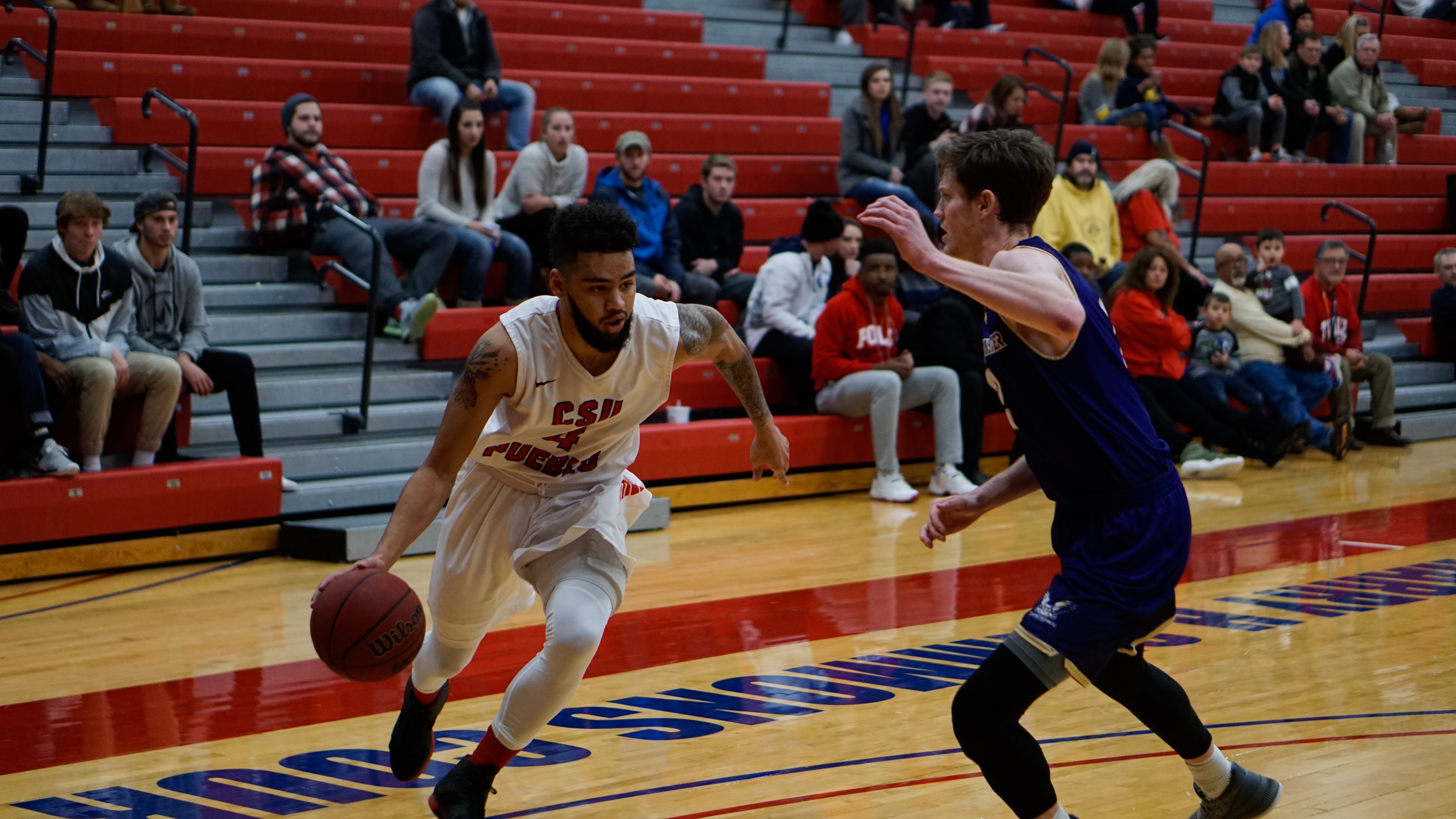 Photo by Jon Doose.Sophomore Donovan Oldham pushes past a defender in the second period.
3kviews
0shares

With 1:45 left on the clock, a two-point field goal from Pack senior guard Josh Smith put the game at 67-66. Although the Pack found themselves within one point in the final seconds, Westminster went on an 8-0 scoring run, to wrap up the game.

The Pack’s loss was their fourth in the last five games. “It’s been painful to watch the last four games from the bench with only minutes left on the clock, in the last quarters, being ahead and then missing some shots and having turnovers.” Turner said.

Westminster is on a four-game winning streak, trailing one game behind RMAC frontrunners by Fort Lewis.

Smith led the Pack with 19 points, five of them being 3-pointers.

Despite recent struggles, Turner said the Pack has played well throughout the season.

“The kids are resilient, coachable, and still continuing to work hard,” Turner said. “They are all first-class guys, they are a great team to coach, I love them, and I have confidence in them for the next three games.”

The next three games will determine if the team goes on to the postseason.

Hopeful thoughts of an optimistic editor