While Palestinians in Jerusalem clashed with Israeli authorities during Islam’s Eid-Ul-Adha holiday, CSU-Pueblo’s International Students Association celebrated in harmony with a traditional feast, the inauguration of the CSU-Pueblo Asian Students Association and a memorial for a former student who died earlier this month.

One of CISA’s missions at CSU-Pueblo is to bring together students from all over the world to aid in multicultural understanding and encourage acceptance of cultural diversity on campus.

Eid-Ul-Adha is celebrated by Muslims around the world to commemorate the decision of Ibrahim, called Abraham in Christian and Jewish tradition, to sacrifice his son according to Allah’s command. “Allah” is translated from Arabic to English as “God.” The holiday also marks the end of the Hajj, the season of the Muslim pilgrimage to Mecca in Saudi Arabia, one of Islam’s three holy cities.

The event’s head planner and Center for International Programs Asian Recruiter, Talha Qureshi, said the event focused less on the religious heritage of the celebration and more on the culture. “It was not a religious event,” he said. “It was a cultural event.

Members of PRIZM, the campus’s LGBT community organization, showed up when CISA needed help setting up for the festival. “We’ve never worked with them in anything before,” Qureshi said. “We’re very grateful for their help.”

Qureshi graduated from CSU-Pueblo in May and is originally from Pakistan, though he graduated from Canon City High School in 2007. In the past he acted as CISA’s president and is now the adviser for the newly formed CASA. The organization was officially inaugurated during the Eid-Ul-Adha festival.

The annual three-day holiday has been observed at CSU-Pueblo for the past three years, but according to Qureshi, this year’s turnout of an estimated 70 to 80 people well out-paced previous years’ attendance of 40 to 50.

This year’s celebration also included a moment of silence in honor of CSU-Pueblo student and basketball team member Wendell Lee who died in Los Angeles Sept. 21. Josh Smith, one of Lee’s teammates, spoke about Lee’s support for CISA and his involvement on campus.

Qureshi said Lee’s involvement with CISA was an integral part of the organization’s success in past years.

Wearing traditional Arab garb, Laith Musameh, CISA’s current treasurer, began the festival with an informational presentation on the history and traditions of Eid-Ul-Adha. Musameh is a freshman originally from Dubai, which is located in the United Arab Emirates. This is his first semester at CSU-Pueblo.

Wearing formal clothes is one traditional part of Eid-Ul-Adha celebrations, which require a dress code for festival attendees. A fashion show of traditional dress from Muslim countries of the Middle East and South Asia is also a core part of the celebration.

Other observances in Muslim cultures include attending mosque for a special prayer known as salat, as well as a feast with family and neighbors. The feast at CISA’s festival was catered by Taste of Jerusalem restaurant of Colorado Springs.

The choice of caterer required special permission from campus administrators to go around Chartwells, the campus food service contractor, for religious reasons. In the Muslim tradition, an animal such as a cow or goat, called halal, or qurbani in Persian, is sacrificed in a prescribed rite comparable to Jewish kosher practices and eaten for the feast. Taste of Jerusalem is the nearest food service provider able to perform the task, Qureshi said. 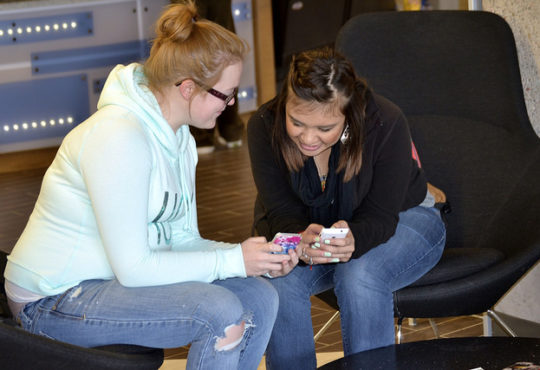 A broken wing flies through Pueblo