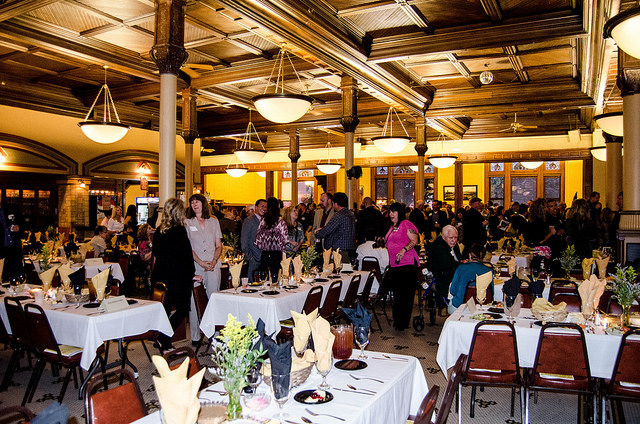 The CSU-Pueblo mass communications department celebrated its 50th anniversary Oct. 9 at a formal event held at the historic Union Depot in Pueblo.

The main event sponsors included The Pueblo Chieftain, Parkview Medical Center and Centura Health Southern Colorado Hospitals.  The Chieftain has partnered with the department during its entire 50 years, providing student internships, graduate hires and other opportunities for young students to start their careers.

Attendees of the auspicious event included CSU-Pueblo President Lesley Di Mare, current and former faculty members, alumni, students, representatives of businesses in the local community and several dignitaries who have impacted the department over the years.

The event also included a tribute to the founder of the department, Rick Pavlik, who recently passed away after a long illness.

Several alumni were honored during the course of the evening, including those who have received the Distinguished Alumni Award and the Outstanding Graduating Senior Award throughout the years.

Freshmen in the dorms