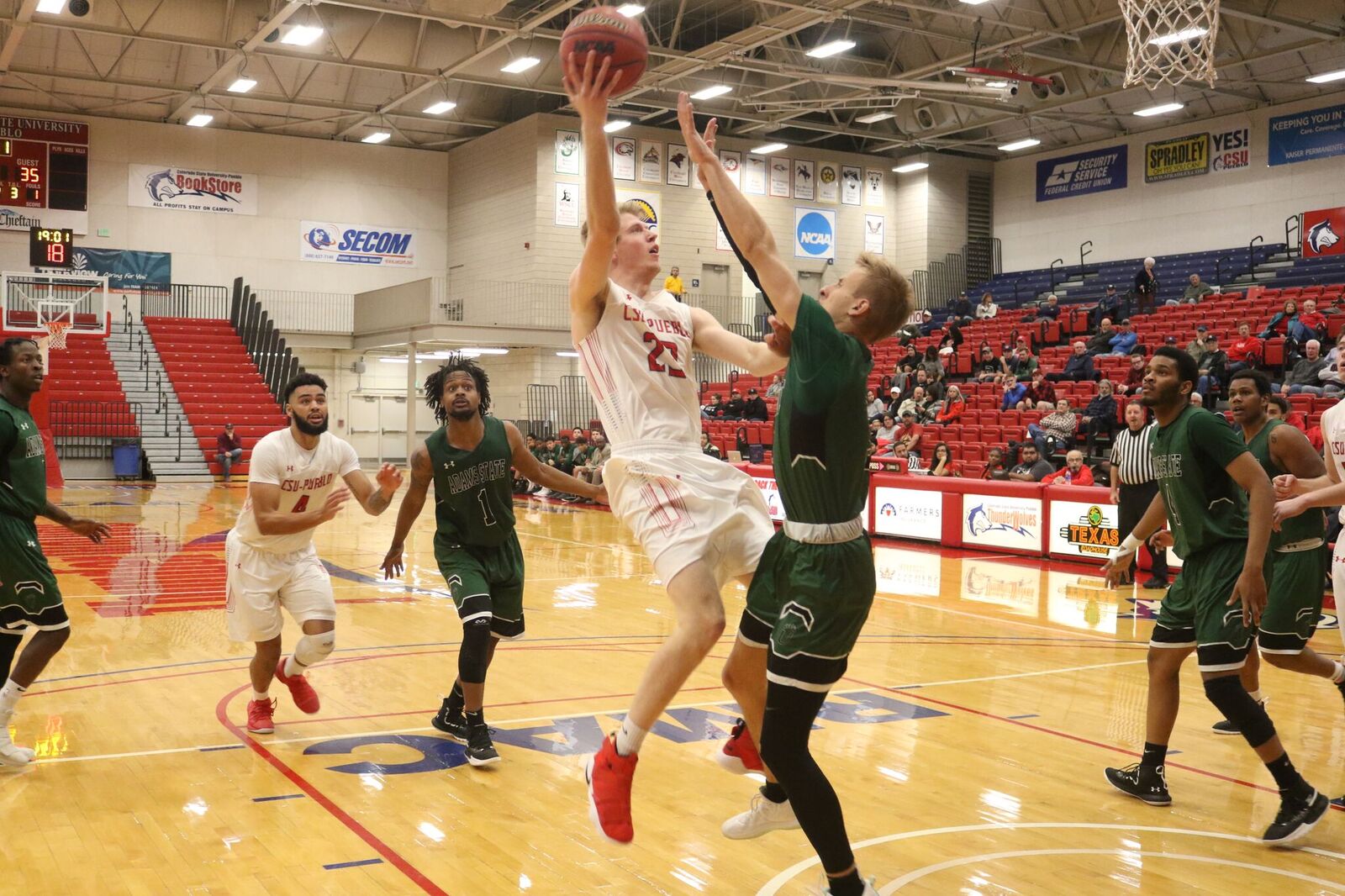 Adams State’s Davere Creighton and Isaiah Nelson each hit two 3-pointers in the second half. “You know, we had kind of clawed back into it and then at one point, we got within a point or a couple of points and they kept hitting threes in a row,” Anderson said. “It just felt at times like we were right there about finishing a big run or something like that.”

“I told them at halftime, at that time, it was fool’s gold to look up at the scoreboard and think we’re ahead,” Turner said. “They shot 1-for-10 from the free-throw line and we were C-minus and D-minus in the two areas that were singly your most important to play Adams. You’ve got to stop them in-transition and you have to not allow penetration.”

Offensively, the Thunderwolves were led by Donovan Oldham, who scored 27 points and dished out 4 assists. Despite Oldham’s high scoring night, the Thunderwolves shot 26.7 percent from 3-point range. “It can be a tough night, but I really think that in the end of the season, we’re going to be a really good 3-point shooting team,” Turner said.

According to Turner, the Thunderwolves 3-point shooting was hindered by poor passing. “We threw passes that hit them in the feet, where if we throw the pass up three feet, they’re catching and we’re making threes,” Turner said. “So, we’ve got to get a little bit more attention to detail, but I really think our guys have a great heart. I thought we had a great practice yesterday and I’m looking forward to seeing them in the morning in shootaround to see what we bring.”

After losses to both Adams State and New Mexico Highlands, the Thunderwolves are 0-2 against RMAC opponents. Tonight at 7:30, they face the Fort Lewis Skyhawks, another team looking for their first RMAC win, at Massari Arena.

The Skyhawks are led in scoring by forward Marquel Beasley, who averages 16.5 points per game and 6.9 rebounds. Beasley’s offensive firepower is complemented by a pair of big men in 6-foot-9 Riley Farris and 6-foot-8 Otas Iyekekpolor, averaging 12.3 and 8.7 points respectively.

Pack softball could not keep up