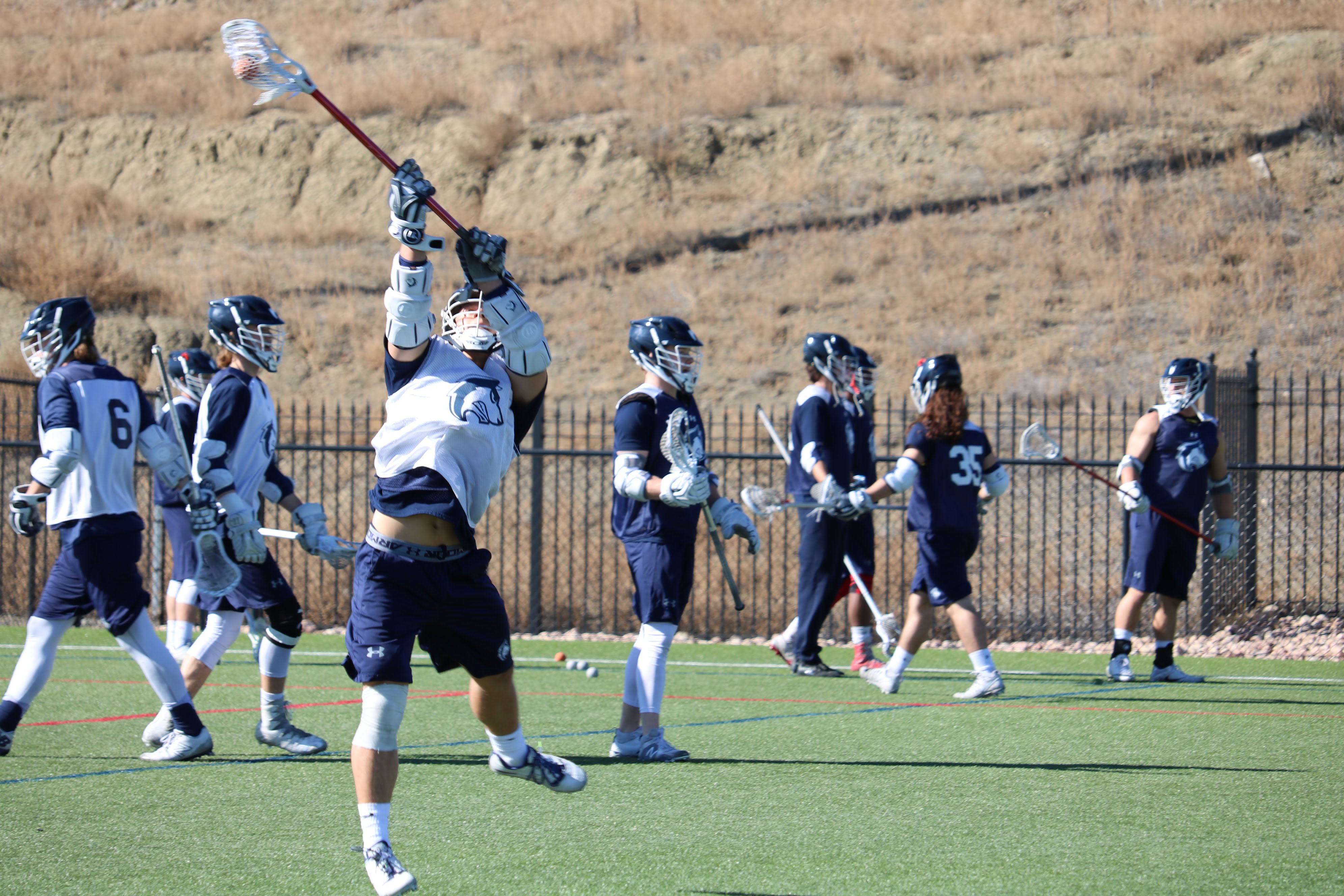 The men’s lacrosse team is gearing up for their season debut against Colorado College.

The ThunderWolves start the season with scrimmages on Feb. 10 and Feb. 17 at 1 p.m. Head coach Sean Blair said, he expects continued growth due to their senior leadership consisting of six players, who have played since 2015.

“There is equity in the team because of this, every senior player this year has played from the beginning of when lacrosse was introduced to Colorado State University-Pueblo,” said Blair.

According to assistant coach, Nick Bevacqua, he is optimistic for the team, excited for the season and what can be accomplished on the field this year. He said, “This team has a lot of energy.”

The team is made up of 38 players and has 22 commits for next year. When looking for potential players, specific components are looked for. “A team skill set, height, weight, fundamentals, what their future goals are, and if they are in it for the long haul,” said Blair.

The coaching staff works with the players to make sure they are academically inclined and keep up on their homework.

According to Blair, lacrosse doesn’t have a huge following, not only on campus, but across the nation. “We’d love to have people out at all our games and get involved,” said Blair.

Fans can find information on the men’s lacrosse team on many social media platforms. A relatively new aspect to the team is their YouTube blog called Pack Journey on the CSU-Pueblo Lacrosse Channel. The blog will introduce new videos each week that show what the team is up to.

Healthy eating in the morning

Brady to be ‘Manning’ up in Super Bowl