HomeNewsPack brings the Thunder in week one 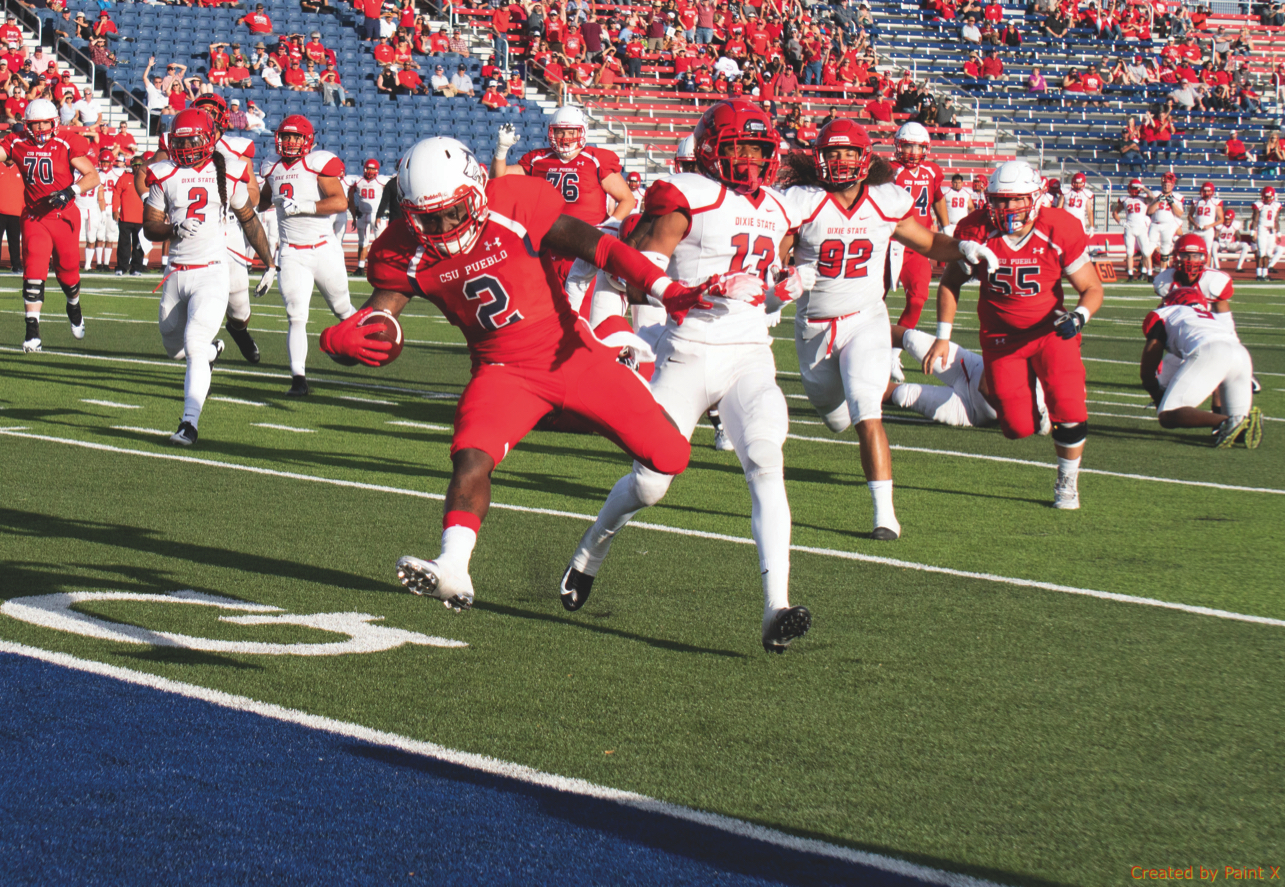 The Colorado State University-Pueblo football team was unstoppable on the first Saturday night of Sept. in their home opener against Dixie State. With a final score of 56-14, the Thunderwolves proved they were hungry for a victory.

Running back Austin Micci had many highlights during the game, including three touchdowns. “It was great to be able to contribute to the win tonight, “ Micci said.

For many of the new offensive lineman this was their first time starting in a college football game. “It looked like they’ve been playing together for three, four years, they killed it,” Micci said.  “They made huge holes for the running back, it just showed out on the field, and I couldn’t be more happy running behind those guys.”

The players’ hard work this past offseason and this summer has paid off.  “It’s a huge confidence builder coming into the year going 1-0 first week,” Micci said.

The Thunderwolves were able to beat Dixie State, but the team is preparing for a challenge next week. “We’re all really excited to just take on Chadron next week at home.” Micci said. “They’re going to be a tough opponent so we gotta just continue to take it day by day and get ready for those guys.”

The team may have gotten a victory, but Micci said there is still room for improvement. “On the offensive side we had a few turnovers tonight that could’ve been costly down the road,” Micci said.

Cornerback Emery Taylor, congratulated his team for their successful night. “It’s always good to start the season off with a win, so we just gotta keep going, trying to go 1-0 each week,” Taylor said.

Although the Thunderwolves were ahead on the scoreboard for the majority of the game, Taylor said his team tried to keep the intensity up. “We just tell ourselves to stay composed and the score is always zero, zero,” Taylor said. “We try not to look at the score too much.”

“The goal is always to win,” Taylor said. “I know we have a good team offense and defensively so just to come out here with my brothers and take a dub home.”

According to cornerback Tevin Donnell, the team needs to stay disciplined in the games. “Not having so many penalties, because I think they actually won the penalty battle,” Donnell said. “We were just lucky enough to pull it through.”

The offense made many successful plays in their victory against Dixie State. “In the game we had three long rushing touchdowns, I think they’re doing great,” Donnell said. “I think we just need a little bit more chemistry and everything will be put together.”

The Thunderwolves will face Chadron State at home Saturday, Sept. 8, at 6 p.m.