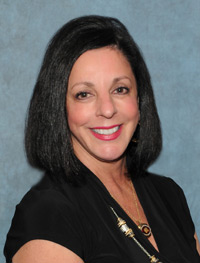 Colorado State University-Pueblo President Lesley Di Mare announced her retirement and other subjects at the State of the University address Sept. 12.

Di Mare, who has been president of the university for nearly five years, said she and her husband decided it was time for her to retire. She expressed gratitude to those who have worked with her during her term at CSU-Pueblo.

“It’s been a pleasure and a privilege to represent this great university for the past five years, and I’m proud of the progress we’ve made in that time, thanks to our committed faculty, staff, students, alumni and supporters,” she said.

Though her term ends on Nov. 30, 2016, Di Mare said she will continue to serve as president until June 30, 2017. According to a recent news release, a search advisory committee will be selected in the coming months to find a replacement.

CSU-Pueblo enrolled 834 new freshmen this year, a 5.4 percent increase from last year. This is an improvement from last year, when enrollment dropped over 7 percent. However, enrollment remains stagnant.

Additionally, Di Mare said the university received $900,000 from the state from marijuana taxes. She also mentioned a partnership with Pueblo County for scholarships from the taxes.

She described some of the research that will be conducted at the university regarding marijuana.

“We will be working with the governor’s office, other universities, and NIDA, the National Institute on Drug Abuse,” she said.

Some of the areas of research include examining the burden of the Schedule 1 registration process, the scheduling of cannabinoids that lack abuse potential and research associated with the discrepancy between state and federal laws.

Di Mare also spoke about the launch of CSU-Pueblo’s first online degree in construction management. She even hinted about a possible extended studies partnership with the Department of Corrections in the arenas of health, music industry, and computer applications, and entrepreneurship.

Lastly, the president spoke on some of the changes being made to the infrastructure of the campus. Besides the construction of the Occhiato University Center, Di Mare said that the CSU-Pueblo received a $1 million grant to fund the expansion of a northern road on campus. She explained that CSU-Pueblo entered a $12.5 million contract to improve the campus’s failing infrastructure and extend sustainability initiatives.

How to benefit from relaxing

Wheat harvesters have a great season

ASG candidates lay out vision for CSU-Pueblo in debate