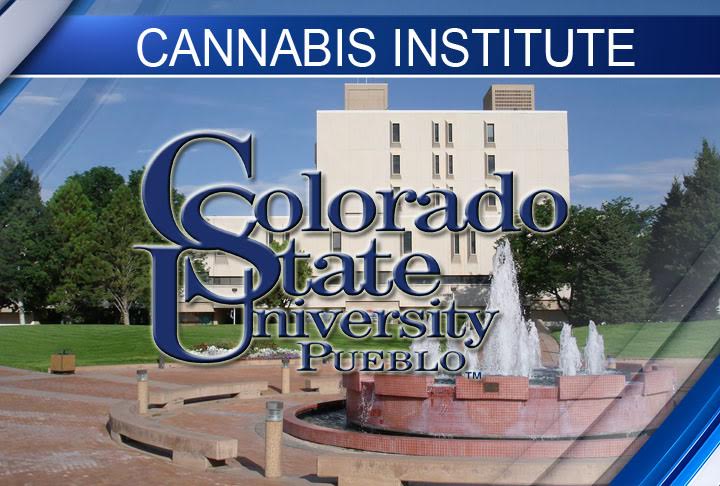 Rick Kreminski, Provost and Executive Vice President for Academic Affairs at Colorado State University-Pueblo, is excited about the future of cannabis research at the college.

The university recently received a grant from the State of Colorado in the amount of $900,000, after a bill was signed by Gov. John Hickenlooper June 6. The Pueblo County Board of Commissioners awarded an additional $270,000 in marijuana excise tax revenue to the university.

According to an agreement between CSU-Pueblo and the Pueblo County Commissioner, Sal Pace, $50,000 of the $270,000 will be allocated for socio-economic impact studies, while the remaining funds will be applied towards medical marijuana research.

The following is an edited interview with Kreminski about the latest marijuana research initiative at CSU-Pueblo.

What are the goals for marijuana research at CSU-Pueblo?

There’s the immediate, shorter term, one-step-at-a-time research; and then there’s longer-term research. Right now we’re actually very focused on the next year. We have funding coming in from the county and then we have funding coming in from the state, so we have to make sure that we are very good stewards of those monies; we have already begun undertaking research for the county because we have a contract obligation to do so.

We have more latitude with the state because the funding is more generally for research and we will be coordinating with numerous state agencies for that, and we will have to make sure we navigate that effectively.

As far as long term, the hope is that by having a year or two of such funding, we’ll have developed enough background data and will have established the research expertise to become strong candidates for competitive federal contracts and grants.

What are the greatest challenges you face in the research on marijuana?

There are lots of federal restrictions on what you can do with cannabis. Cannabis is still a Schedule I drug but there are certain legal intricacies with regard to hemp that allow us to work with it but not with high THC Cannabis. Because Colorado is a state that has a certain type of well-established regulatory environment, we can federally legally grow hemp and do extractions. Hemp is low tetrahydrocannabinol Cannabis sativa. We can do some research with Cannabidiol, such as how CBD affects the interactions between and responses of, say, animal neurons in important parts of the brain like the hippocampus and amygdala. But as far as large scale studies on how THC affects mice neurons and other areas, we are limited in that we don’t currently have a Schedule I license, and the amount of THC that we can acquire through some of the large chemical companies will probably be insufficient.

Where does CSU-Pueblo acquire the materials from for marijuana research?

We currently do not receive any whole plant materials from any outside entity. We can acquire seeds to grow hemp via the Colorado Department of Agriculture. Essentially, we can acquire seeds as long as the CDA approves the supplier. We grow the hemp ourselves.

How do you think the new marijuana research facility will impact the surrounding communities?

There are many possibilities. Just as one example, as a plant that grows in the area, hemp can possibly assist with the uptake of heavy metals in this area, especially selenium. The Pierre shale that originates in South Dakota, sometimes breaking above the surface of the ground and sometimes below it, is a source of selenium; it happens to come up between Southern Colorado Springs and here, and we’re at a hot spot for selenium. It’s a problem for our area, including for the farmers and ranchers out east.

Another example is that one of the studies that the county wants us to do relates to buffer zones, i.e. how far apart can you grow low THC hemp away from high THC cannabis so you don’t have to worry about cross-contamination, so you can minimize that effect. You still have to monitor the low THC hemp, given our wind patterns and establish what is the best buffer zone distance. The county also requested electrical power and water studies as it relates to the local cannabis industry.

In terms of hemp per se, it’s only been the last few years really that you can grow hemp legally – only in research environments and states that allow other kinds of growing operations – so there’s really a lot of opportunities just looking at hemp.

Do you think anti-pot groups have valid concerns about the legal cultivation and sale of recreational marijuana in Pueblo?

The university almost always takes a neutral position on any ballot initiatives; we’re not a political entity. Voters need to decide on all kinds of issues. We’re getting some funds from the county and the state, which are based on voter’s decisions to legalize statewide cannabis.

People in the community want us to look at the impact of recreational marijuana in Pueblo County; that’s a big part of two out of four impact studies that the county wants us to do the socio-economic impact studies.

How can unity be achieved on the issue when there is so much controversy involved with the growth of recreational marijuana?

I’m a strong advocate for research and education and that’s what we’re all about at the university. I don’t mind controversy as long as people are very well informed and to be well-informed, you’ve got to do the research; it is the model for how the scientific world, and really civilization, advances. High-quality research, with replicated studies and peer reviews, are essential for this endeavor to succeed.

What is your vision for the future of marijuana sales in Pueblo?

If the sale all of medical and recreational cannabis was made it illegal in Colorado, that wouldn’t directly affect our current funding because we have a one-time allocation. Longer-term, there are various philosophical issues that people raise, and I can’t comment on it because we haven’t done the socio-economic studies on that yet. We’re going to have to do the research first.

How far out do you do you project human trials to be?

We can already conduct observational work, where people self-report usage. No one can administer marijuana to individuals without basically having a Schedule I license.

One of the studies that is being supported by the county funds involves individuals who have seizures that aren’t well-regulated by current medication, so they are taking medical marijuana – they’re basically self-medicating – and we can give them wristbands of a certain kind that measure physiological responses (including electrophysiology). It’s a way of monitoring continuous data 24/7. I think that over the course of this year, we’ll learn a lot more about the potential hurdles we face with regard to studies involving both animals and humans.

Do you think the research at CSU-Pueblo will affect enrollment?

I think that overall if you have a campus intellectually engaged in a highly visible way, you’re going to have an increase in enrollment. We have and we’ve had strong programs academic programs, many of them, but what this research area does is create a specific focus area that allows for many programs to collaborate.

About a year ago, as part of our accreditation process, we developed what’s called a quality initiative and we started developing a focus on experiential education. While many of our courses already had such a focus in the past, now we have certain courses directly designated as experiential education courses. That’s the direction the campus as a whole is thinking of: CSU-Pueblo as an institution that is going to place even more students in the community, conducting research, increasing the number of internships they’ll have, and making sure that a lot more practical research and service work is done. It’s a good thing.

Blood Drive gives CSU-Pueblo a Chance to Save Lives