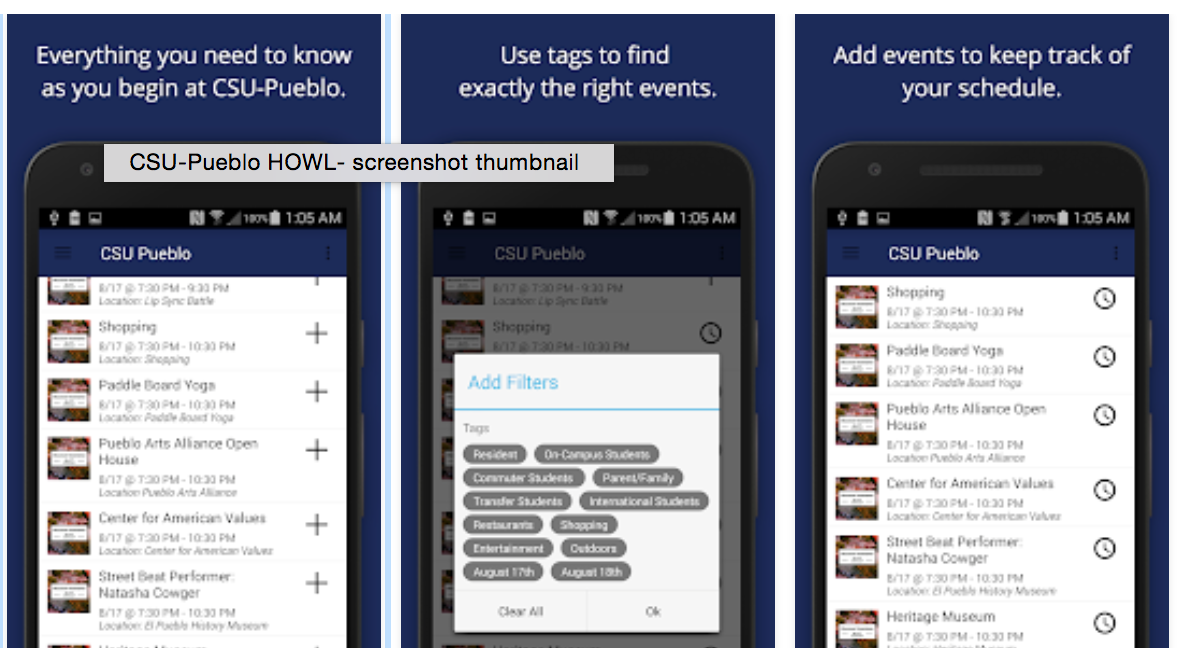 The team at Colorado State University-Pueblo’s Office of Student Affairs have been working hard to improve the efficiency of the Howl app, and they’re finally seeing the fruits of their labors.

“We received an update at the beginning of the school year to make (the app) more user-friendly,” said Bonnie Fruland, the assistant director of Student Affairs. Since then, she said a few periodic updates have helped streamline the app’s functionality.

The good news is students do not have to get used to a completely different app. “It’s still the same app,” said Fruland. “It just looks a little different since the upgrade.”

To help promote the app, Fruland said incoming students were encouraged to download it as part of the online orientation process. This resulted in a noticeable increase in the user base. “A lot of new and transfer students are aware of (the Howl) now,” she said. “I think that’s awesome. I think it’s worth having and I think it’s worth keeping.”

Fruland said the app is a great tool to help students be aware of happenings around campus. “They can still add events to their schedule and get push notifications 30 minutes prior to that event happening,” she said.

Fruland said the updates also make the app an excellent resource for student organizations on campus. “Students can go in and see all the student orgs,” she said. “On the Resources tab, the orgs can link things to webpages, like links to Packlink.”

For example, Fruland said during Veteran’s Week last semester, all the events were listed in the Resources tab, which made it easy for interested students to see what was going on.

“If any student club or organization wants to have a Resources tab, I’m open to adding one,” Fruland said.

Fruland said feedback from students has been mostly positive. However, she said several students reported the Howl crashed often. “Since the update, those items have been improved,” she said.

Other feedback dealt with the lack of functionality in the Android version of the Howl. Fruland said updates have eliminated most of the issues. One of the biggest obstacles the team faced during development was difficulty maintaining uniformity between devices with Android and iOS, but Fruland said she did not expect it to be a problem in the future.

The CSU-Pueblo Howl app can be downloaded via Google Play and the Apple Store or by scanning the QR codes printed on the Howl calendars around campus.

Involvement is key to success for Zarr

Students may be looking at longer semester