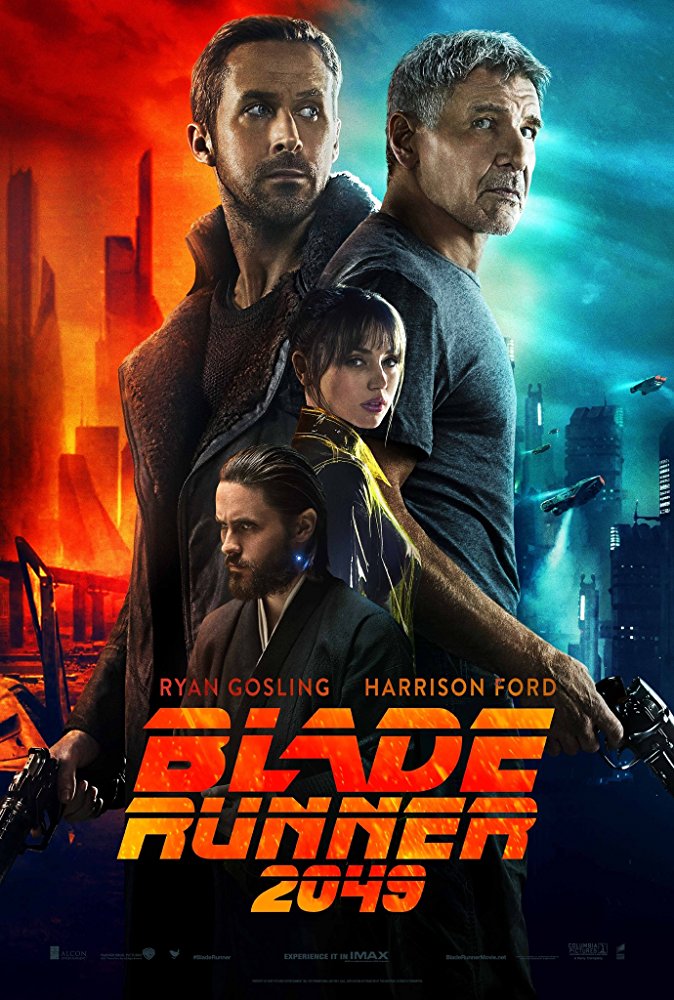 “Blade Runner 2049” was a movie that went under the radar and that now must have the attention it deserves.  This movie focuses on a new Blade Runner, Officer K as he investigates a case that could lead to a war between what is left of humanity in 2049 Los Angeles and the humanoid robots called Replicants.

The story is a sequel to the original “Blade Runner” from 1982.  There are some characters who return from the original but the most important is Harrison Ford’s Rick Deckhard.  This story focuses on Blade Runner going out to retire rogue Replicants.  As the investigation continues, Officer K uncovers more than what he was asked to investigate.

Along the way, tensions between humanity and Replicants are at an all-time high and Replicant creator Niander Wallace is inciting war.  The story is a mystery with a science fiction setting, this time around Los Angeles 2049.

The story is accessible for fans of the original as well as newer fans and it stands on its own and but is connected to the original.

Returning cast members are aforementioned Harrison Ford as well as Edward James Olmos as Gaff.  New members are Ryan Gosling as Officer K, Jared Leto as Niander Wallace and Ana DeArmas as Joi, Officer K’s girlfriend.  Ryan Gosling has the most importance as he is the lead.

Similar to the original movie, the cast does an excellent job portraying their characters and every role in the film plays an important part.

The directing of Denis Villeneuve was just what the movie needed.  Not only is the movie visually impressive but has an appealing story. Denis Villeneuve paid respect to the original while continuing the story for a new audience.  His choice of balancing visual and practical effects worked tremendously well.

The musical score played a key role in making the movie worth watching and made it a worthy sequel.  The sound of this movie is very unique and unlike other musical scores.  Hans Zimmer and Benjamin Wallfisch were much like Vangelis in the original that made a musical score that is distinct and also fits the mood and tone of the story.

Overall, “Blade Runner 2049” is one of the rare sequels that improves on the original story.  The movie can stand on its own while still being connected to the original.  The old characters are treated with respect and this movie has an appropriate setting.

This movie has what any great movie should, a great look and story.

Student fees: Where does the money go?