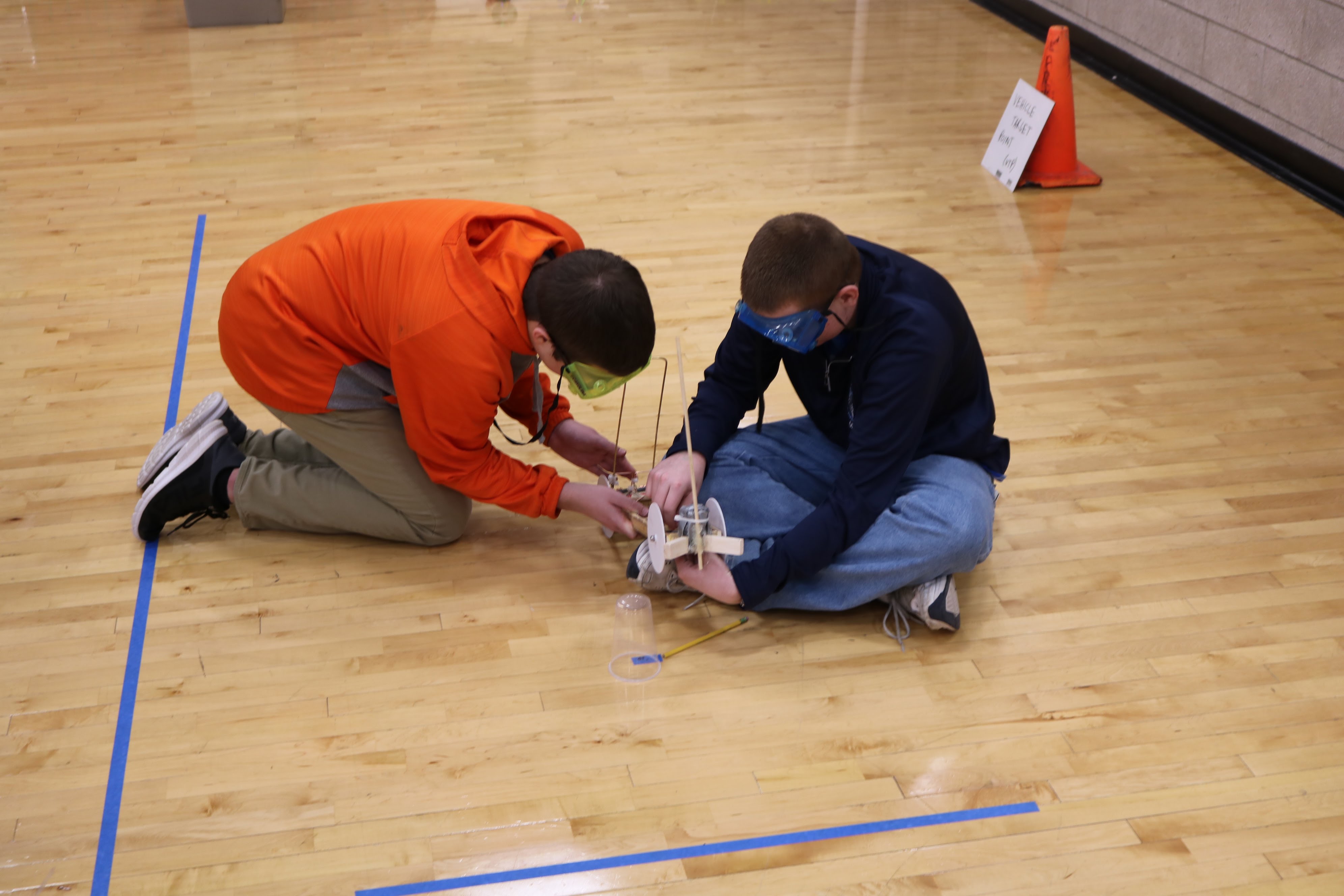 Colorado State University- Pueblo hosted 800 students from all-around the Colorado area in 33 STEM based competitions Feb. 17, for the southern regionals.

The event began at 9 a.m. with competitors showing up as early as 6 a.m. to prepare. The competition portion of the event lasted until 4 p.m. followed by the award ceremony directly after. The CSU-Pueblo science department hosted both high school and middle school students to participate in this competition.

There were 53 teams with up to 15 students per team. However, only two schools out of the 53 were from the Pueblo County.

Abby Davidson, director of the Science Learning Center (SLC) and part of the Communities to Build Active STEM Engagement (CBASE), said, “I as a Puebloan would want to see that change and have more local schools participate in future competitions.”

This competition is STEM based which is an acronym for science, technology, engineering and mathematics.

Davidson is the coordinator for this event. She said, “I believe it is important to demonstrate the dedication of CSU-Pueblo for higher STEM based learning, it also gives the CSU-Pueblo students and opportunity to be role models for the young students.”

The event had over 150 volunteers that worked different sections of the competition, over half being from CSU-Pueblo. These Volunteers consist of professors, staff, upper level students and qualified community members.

Many community and state governmental agencies also sent volunteers, including the Pueblo City County Health Department, the National Weather Service, TTCI, Vestas, UTC Aerospace, United States Geological Survey and the U.S. Air Force Academy.
Around 100 upper division CSU-Pueblo students and their faculty served as judges for the various events as well. The teachers who participated in this event created the evaluation material the students were tested on.

One of these volunteers was Eric Stephan, who works for the Air Force Academy doing research in the wind tunnels. He also has a Ph. D in Aero Engineering and has been a part of the Science Olympiad for about seven years.

Stephan ran the helicopter testing, where students were tested on a machine they created and how long it could stay in the air. “I think it is a good opportunity for children and I like to be a part of it!” Stephan said, “Hopefully when they arrive I can ask them questions that are relevant and help them learn for future attempts.”

Testing ended at 3 p.m. where all the results were sent to the SLC to be scored. At the award ceremony, in the Massari arena, the scores were livestreamed from the SLC so they were getting accurate and immediate results. The top 15 schools in both division B and C, which is middle school and high school, will advance to the state competition in Denver at the Cherry Creek high school April 21.

Alliyah Gifford, CSU- Pueblo student, was working with volunteers to make sure they understand he event they’re working and who they’ll be working with.

“Overall everything went really smooth, so it was a great day!” She said, “They’re (the competing students) are all so smart and full of potential. They really are so inspirational to me, we have a campus full of brilliant little minds for a day.”