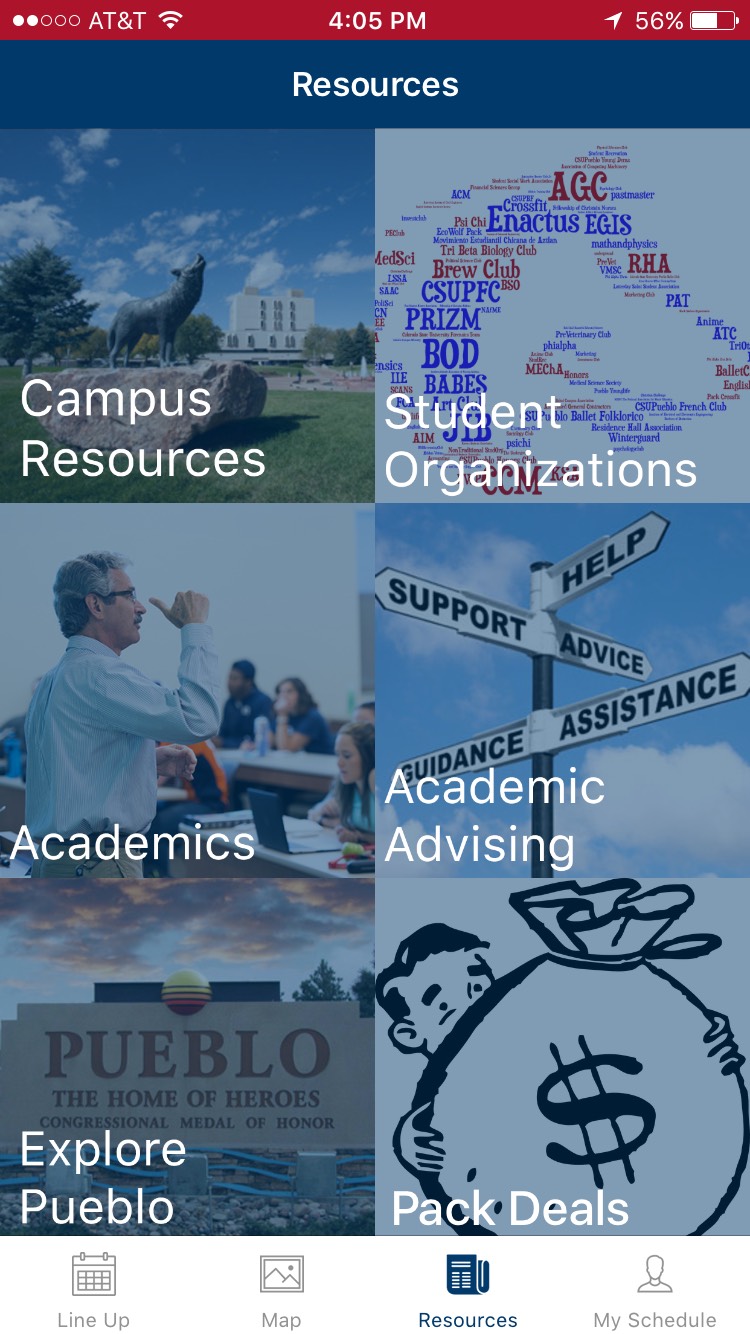 There’s a new application available to all Colorado State University-Pueblo students that allows them to be in the know. Dubbed the Howl App, this technology informs students of events and other happenings on campus.

“We’re all about student success,” said Bonnie Fruland, the Coordinator of Student Life and the person in charge of the Howl App. “This is just one more tool that they can use to be successful.”

The app was launched at the beginning of the fall semester of 2016.

“We originally purchased the app for our new student orientation program,” said Keelan Bailey, a student employed by Student Engagement and Leadership who has been in charge of coordinating orientations. “We wanted a mobile way to get the schedule out to parents and students who were attending.”

Since orientation, the app has evolved into an asset that can be used year-round. Recently, it took the place of the Howl newsletters that were posted at various locations around campus to advertise and inform students of upcoming activities.

Fruland said that they decided to go electronic with the Howl after financial discussions in SEAL. “We were looking at ways to cut costs, since printing the Howl was so expensive and time-consuming,” she said. “Then Keelan said, ‘Let’s use the orientation app for that!’”

“We signed a one-year contract with the app’s parent company,” Bailey said. “I thought we should look into ways we could utilize it since we were already paying for it.”

After that, Fruland said it was just a matter of adapting the app into an event app.

According to Fruland and Bailey, the team spent approximately two months rebuilding the orientation app into the Howl App. This included audience research, such as focus groups, to gain feedback to help further the app’s build.

Fruland said she was expecting a lot of backlash from students and faculty who liked the Howl publication, but this wasn’t the case. “I was surprised by how many people were excited about the idea of an app. It really helped us move forward with the change,” she said.

In the future, the team at SEAL hopes to make the app “one-stop shopping” for CSU-Pueblo students, faculty, and parents. “We want it to have all the information you need to be a successful student academically and socially. When we get to that point, it’s going to be a great tool to help students get more involved,” Bailey said.

The biggest issue that they are currently working to resolve is that the app’s interface on Android devices differs from iOS. Fruland and Bailey said they are trying to make the app the same across platforms to avoid confusion and eliminate bugs between the two operating systems.

The CSU-Pueblo Howl App can be downloaded on the iTunes store and Google Play.

Halloween: the scene on campus

Getting to know CSU-Pueblo’s new king and queen

Matola to takeover as CIO