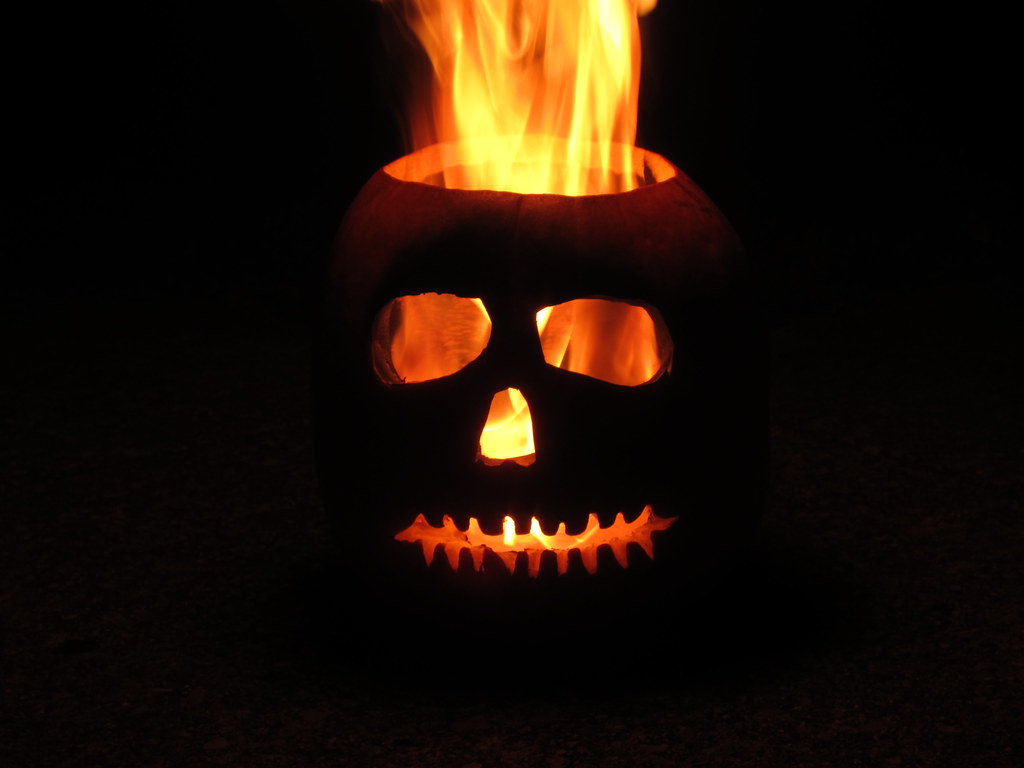 His face is the first thing viewers see in the 1978 horror film, “Halloween,” and his carved visage has been synonymous with Halloween, but why is it called a Jack O’ Lantern? Who was this Jack the pumpkin carving gets its name from? The answer to that story lies in Ireland, many hundreds or thousands of years ago.

Jack was an Irish blacksmith who took great delight in deceiving and manipulating others. Because of his lack of compassion or love for others and his disdain for those less fortunate than himself, he came to be called Stingy Jack. His deceit, manipulations and his silver tongue were known throughout the town and came to the attention of Satan, who became jealous and sought to best Stingy Jack.

He sent one of his demons to pose as a dead body and wait for the thieving Stingy Jack. As Jack came upon the body, seeking to raid it, the corpse’s face displayed wide eyes and an evil grin signifying the demon was sent by Satan to collect Jack’s soul. Jack, thinking of a strategy, requested one last stop at the local tavern before being taken to Hell. The demon obliged and they shared drinks late into the night.

When it came time to settle up with the bartender, Stingy Jack told the demon he was short one silver piece. “Have ye powers, Demon?” Jack asked. The demon nodded. “What would they be now?,” asked Stingy Jack. The demon named off their powers before coming to transformation. “Would ye be willin’ to transform into a piece of silver to settle our debt?”

The demon obliged, but Stingy Jack, having more than enough took the demon silver piece and put it in his pocket, where also lay a cross, trapping the demon. “Let me out, please let me out!,” the demon said fearfully. “I’ll let ye out if’n ye make a deal with me,” Jack said, “Ye shall leave me alone, and shall not collect me soul for ten years hence.” The demon agreed and Jack released the demon.

Ten years passed and Stingy Jack satisfied himself by continuing to commit evil deeds across the land when Satan sent the demon a second time. Jack told the demon, “I be ready vile thing, but I’d like some vittles for the long journey, would ye be willin’ to grab me an apple from yonder tree? The juiciest are at the top.” The demon flew to the top of the tree as Stingy Jack carved four crosses into its bark.

The demon was trapped once again and begged to be let down. “Aye, it looks like ye be in a predicament,” Stingy Jack said. “I may be willin’ to save ye, but ye shall spare me from this day forth. Ye shall not be comin to collect my soul for the land of wicked souls now or ever again.” The demon agreed and Jack let the demon down. Little did Stingy Jack know he agreed to his own future misfortune.

Satan kept his word. Jack’s soul was spared, but the time of Stingy Jack’s death still arrived. Free of the land of wicked souls, Jack made his way to the land of righteous souls, but for Stingy Jack’s deceit, manipulation and his taking whatever and whoever he wanted without permission, giving nothing in return, Stingy Jack was refused entrance.

“Ye would not leave me to wander lost in the darkness for all eternity would ye? Please, at least give me something to light me way,” Jack pled. Satan obliged, taking one coal from his fiery depths for Stingy Jack. Jack took the coal, but he could not hold it without burning his hand. He found a turnip and hollowed it out, carving a face in it to create a makeshift lantern to keep him company.

To this day, Stingy Jack wanders the world. The lantern his only company as he seeks a place where his soul can finally take his rest. Those who take pity on Jack should beware. He is just as deceitful, manipulative and wicked as ever.

To protect their homes from a visit from Stingy Jack Of the Lantern, the Irish created lanterns with grinning faces made of turnips. Stingy Jack, believing himself to come upon a mirror would turn away and continue his search. When the Irish came to the Americas, the pumpkin worked much better for carving their lanterns and many across the country continued the practice.

Students protest to have a vote

ThunderWolves run away in the second half