“I was surprised to win,” he said. “I’ve had my 15 minutes of fame, now it’s back to reality to continue working toward my degree.”

Starting as a freshman, Rodriguez made a bucket list of the things he wanted to accomplish while in college, and he’s already completed the list.

“Homecoming wasn’t on the list. But this being my last year, I figured go big or go home.”

Rodriguez, the fourth of five children, is a first-generation college student. He has been mentoring his brothers about education and the future in general. His mentorship motivated one of his brothers to pursue a degree in nursing.

“I’m very close to my family,” said Rodriguez. “One interesting fact about me is that I’ve been an uncle since I was 8 years old. I now have several nieces and nephews.”

When exploring potential colleges, Rodriguez said he had become overwhelmed with city life and wanted to go to school in a smaller community. He is very active in the campus community.

“If it wasn’t for CSU-Pueblo, I wouldn’t be the individual I am today,” he said.

Rodriguez is a member of the Health Promotion Club and Leadership Academic Community and has also participated in the YMCA Corporate Cup.

He is currently interning for USA Field Hockey and has helped with logistics at a national tournament for players under 19 years of age.

“They are a great organization. They are very organized. The internship has been a great experience for me,” he said.

They have invited him to spend Thanksgiving break in California, and USA Field Hockey will cover all the costs, except for souvenirs. Although he has great interest in the field hockey organization, he has never actually played the sport.

After graduation, Rodriguez is considering working in sports administration, but he said it’s a broad field. He is ultimately interested in sports performance and is considering continuing his education to earn a master’s degree in kinesiology, which he explained is the ‘study of movement.’

Rodriguez said he wants to be influential, and it’s his desire to leave a good trail for those who want to follow it.

Sophomore nursing student Alisa Proffer is CSU-Pueblo’s 2014 homecoming queen. She agreed to campaign with newly elected homecoming king Enrique Rodriguez and said she was very surprised when she won.

“The competition was very strong. I would have been happy with a sash and as a member of the homecoming court,” she said.

Winning has involved much more than she expected. After being crowned, children approached her for pictures and autographs.

Proffer said the crowning has been a very humbling experience. She said she is honored that people have wanted to meet her. A local 104-year-old woman had asked to meet her, so she wore her dress and crown to visit the woman at an assisted living facility in Pueblo. The woman is a former Silver Queen, which is equivalent to a homecoming or prom queen for the older generation.

After the game, Proffer celebrated her victory with her family. She continued to wear her gown and crown at home that evening because “it was a once in a lifetime experience.”  The gown she chose to wear was the same one that she once wore to her prom.

Born and raised in Pueblo, Proffer chose CSU-Pueblo because of its big family atmosphere.

As a child, her dream was to become a veterinarian. It wasn’t until high school that she realized she would rather work with people.

Proffer graduated from Pueblo County High School. While in high school, she was involved in the Step Program, which allowed her to shadow nurses and doctors in labor and delivery at Parkview Hospital. While in the program, Proffer was privileged to be able to assist in delivering a baby. It was at this time that she felt called to pursue a career as a nurse.

Proffer has always been very involved in sports. In high school, she swam and played volleyball, basketball, soccer and softball. She enjoys trying new things and considers herself an adrenaline junkie. She would also like to do more with Outdoor Pursuits, and keeps a close eye on their calendar.

After graduation, she plans to continue her education and earn her master’s degree. Her goal is to become a nurse practitioner, and she is most interested in working in an emergency room.

Proffer believes winning homecoming queen will help  with her resume as well as job interviews.

“It illustrates my campus involvement,” she said.

Proffer has run for CSU-Pueblo’s student government, and she enjoys participating in a wide array of campus activities.

She also volunteers with Paws for Life and is a Foundation Scholarship winner.

Becoming homecoming queen wasn’t on her bucket list, but she says it ended up on there.

“It was an adventure,” she said. “My favorite quote is ‘Adventure is out there’ from Pixar’s movie Up. I want to put the point across that if you think of something you really want to do, dream about it, question it and then do something about it. Get yourself to try it, it’s worth it.” 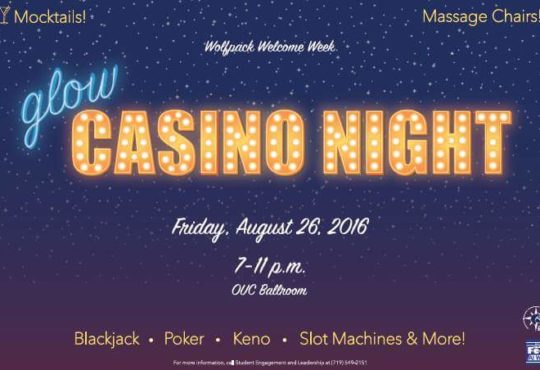 Pack in position for RMAC title