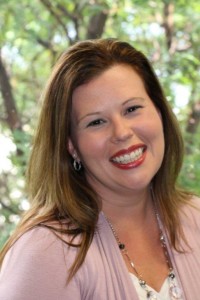 There are a few pictures in her office, and she has yet to decorate. Since Chrissy Holliday took over as Director of Admissions at Colorado State University-Pueblo, she has hit the ground running and not looked back.

It has been one year that Holliday has been on the job, and she said she loves every minute of it.

Holliday is a Southern girl at heart. She grew up in North Carolina as an only child, and her parents instilled the importance of education early on and never denied their daughter the power of knowledge.

“Education was always really important to my parents, and the one thing they never said no to when I was growing up were books. A love of reading was something that my parents really pushed and from there, education,” Holliday said.

Holliday’s parents understood the importance of education all too well. In the area they lived in, outside of Charlotte, the schools weren’t the best. Together, they made the decision to place Holliday in a private school.

The private school was very small. In fact, her graduating class consisted of only 15 students.

“It was a very good school and had a very strong focus on education. (My parents) did without a lot so I could go to that school and get the best education,” she said.

Holliday went on to earn her BA from Campbell University in Buies Creek, North Carolina.

She began her career in journalism and working for several newspapers in South Carolina. Eventually, she found herself working for a community development corporation as a grant writer and public relations director.

That job opened the door for a new position at the University of South Carolina-Salkehatchie. Holliday worked as the director of enrollment management.

Despite having a full schedule, Holliday earned her master’s in enrollment management.

Holliday met her husband Jason, after she graduated from college. He had moved back home to help with the family business, and a mutual friend introduced the two on a blind date. The couple would eventually settle in Allendale.

They had their first child Kellen while Holliday was working for SEM Works.

After Kellen was born, Holliday decided it was time for a new job. Working for SEM Works required extensive traveling, which was difficult for a new mother.

She applied for the Director of Admissions position at CSU-Pueblo, and after researching the university and the city of Pueblo, the couple decided to set their sights on Colorado.

Holliday and her family love everything Pueblo has to offer, including the many local theaters.

“Back home we loved the local theaters. There are so many great local theaters in Pueblo that we have yet to get involved with. Pueblo has been great to us. The people here greeted us with open arms, and we just fell in love with the city as soon as we arrived,” Holliday said.

Though Holliday has been busy with her new job and has thrown herself into her work, she is devoted to involving herself in the local community and making Pueblo home for her family.

Pack and Panthers to square off in quarterfinal battle Saturday