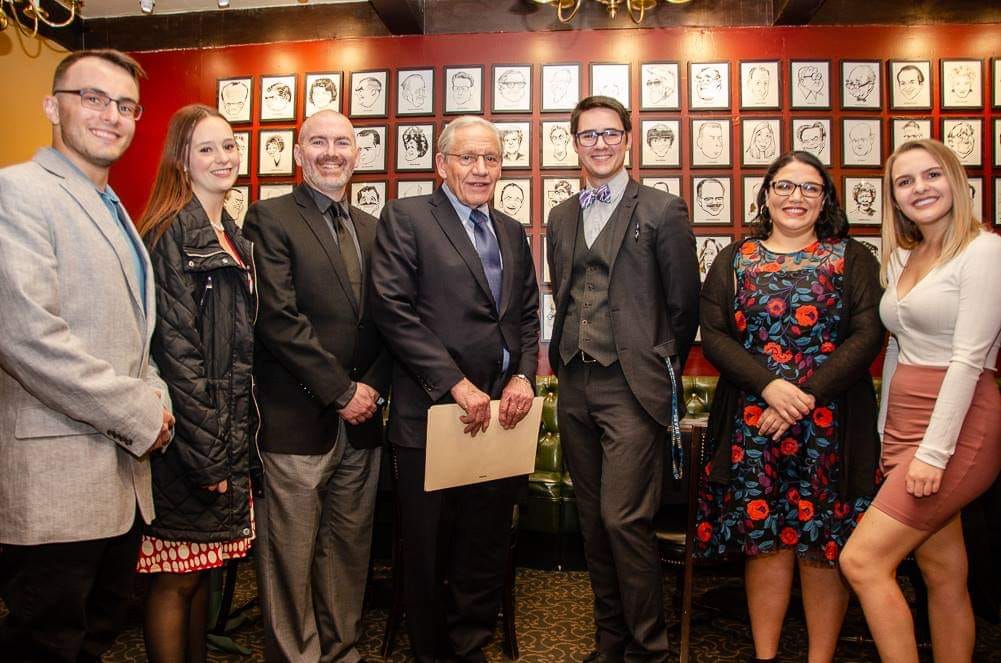 Chris Churilla has made the most of his time at Colorado State University-Pueblo by making it to the finals for the John C. Ensslin Scholarship.

“The committee would choose one student from each school to be a finalist, to represent that school, and I was chosen to be the finalist to represent CSU- Pueblo,” Churilla said. “I summited three print articles and two photographs. I do enjoy photography, but I’m still very much an amateur at it.”

Churilla said one finalist submitted only print pieces but having a variety in your submissions can really help give students an edge in the competition.

Churilla attended a dinner for the finalists March 1. During the dinner, the nominees were celebrated and given the opportunity to meet journalism icon Bob Woodward.

“The really cool thing about that is we finalists, during the evening, we had a private kind of a sit down with Woodward, just him and us, nobody else and we talked journalism,” Churilla said.

In true journalist fashion, Churilla used a recording device to document the one-on-seven session with Woodward.

“I made sure to record what Bob was saying, because this is the man, the legend, anything that falls out of his mouth is considered gold, and I want to make sure I didn’t miss a single word,” Churilla said. “He gave us some of the insights and experiences he had as a journalist, which he has been doing as long as I have been alive, even longer.”

Before the dinner, the finalists were interviewed on camera about their experiences, their thoughts on journalism, what journalism means to them, and about stories they have done. The footage played at the dinner celebration for everyone attending. “It was very amazing, and kind of humbling to see myself up there with these other journalists,” Churilla said.

Not only was Churilla nominated by his school then advanced to the finals by the scholarship committee, but he got this far after only one semester of journalism at CSU-Pueblo. Churilla explained that the other finalists were mostly juniors and seniors who have has a couple years of education in the field under their belts. “I was told I was their oldest finalist,” Churilla said.

Churilla has already received a bachelor of arts before beginning his new endeavor with a mass communications degree with an emphasis in journalism.

“I would just say to my fellow students here at CSU-Pueblo is, don’t ignore your talent. I think not finding it is bad, but I think even worse is finding it and not using it.” Churilla said. “I think if you find that talent and use it, I think you’re going to be a very happy person, regardless of the financial rewards. Take it from an old man.”

A college student’s guide to surviving winter at CSU-Pueblo