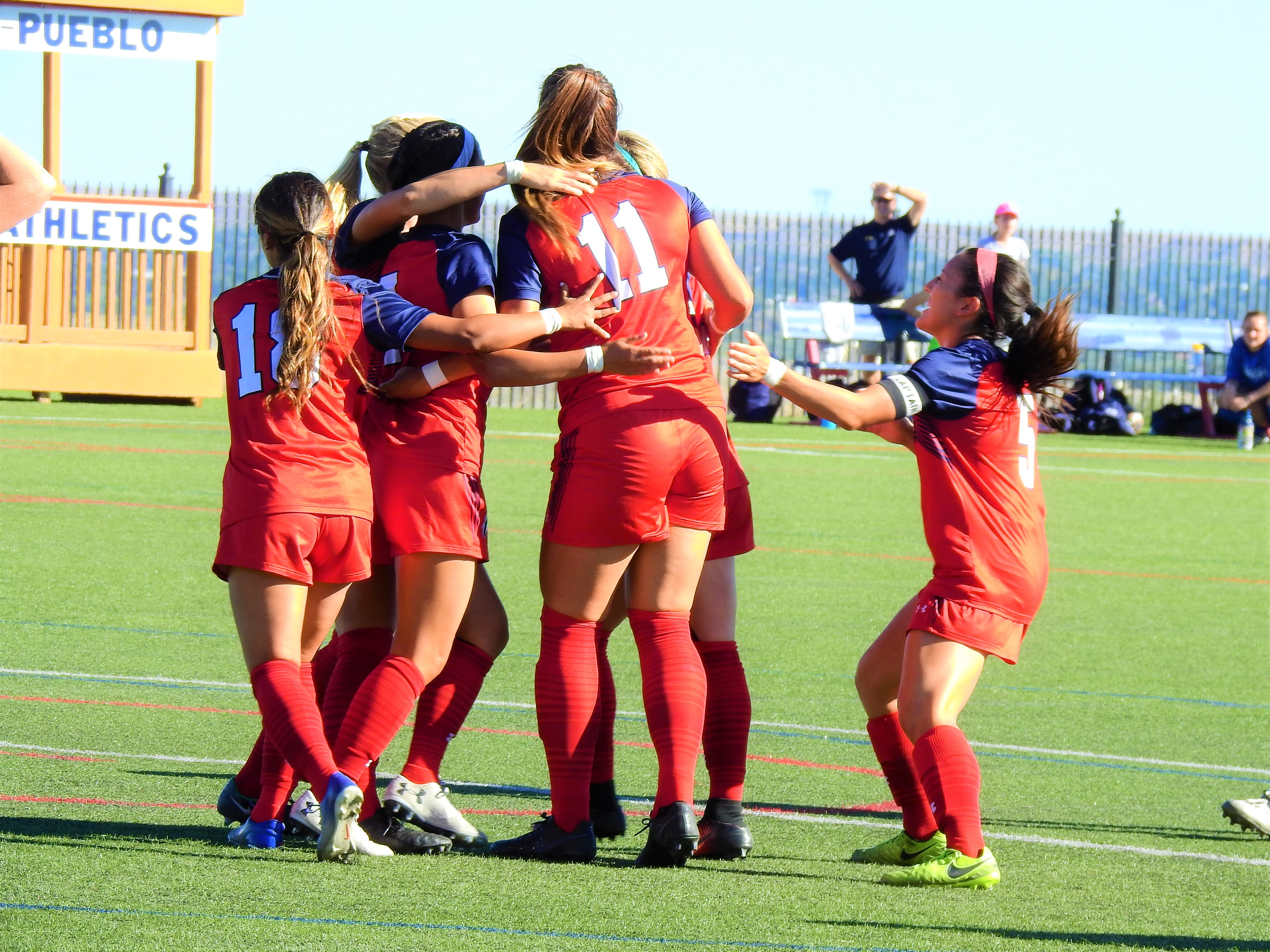 Two weeks ago, the Thunderwolves were ranked 23rd in the nation; but heading into Sunday’s contest with the Cougars, Colorado State University-Pueblo had lost three straight games to open Rocky Mountain Athletic Conference play and had dropped out of national rankings.

The Cougars opened up the scoring in the 27th minute when Renee De La Torre found Amanda Lopez in the middle of the box for her first of two goals, beating CSU-Pueblo keeper Rylie Martin.

Five minutes later, the Thunderwolves equalized when sophomore Sierra Perez sent a through ball to Mackenzie Bean, who scored with an outside of the foot shot.

The Thunderwolves continued to put on pressure, creating many opportunities, but the half ended with the scored tied at 1.

The second half was a goal fest for both sides. Karley Whiteman started the scoring with an upper 90 shot over the outstretched arms of Colorado Christian goalkeeper Ireland VanDyke in the 54th minute.

But the Cougars answered seven minutes later with Sophie Kern hitting an upper 90 shot of her own, tying the game once again.

The Thunderwolves then scored two straight goals to take a 4-2 lead. The first of the two came in the 67th minute, when Laikyn Koss won a header off VanDyke’s goal kick, and the ball fell to Bean. Bean played a ball to Michelle Moure, who placed her shot in the back of the net.

The second of the two goals occurred eight minutes later, when Kylee Sakaguchi sent a corner kick into the box, and VanDyke leaped and tipped the ball in the air. Koss followed, and kneed the ball into the goal, beating Colorado Christian’s Karli Wilson to the 50-50 play.

In the 79th minute, Lopez brought Colorado Christian within one, scoring her second goal in the bottom right of the net, with the assist coming from De La Torre again.

CSU-Pueblo controlled the ball for the remaining 11 minutes and held off Colorado Christian. The Thunderwolves had 21 shots, while the Cougars had 13.

“It’s about time,” CSU-Pueblo head coach Sierra Cardenas said. “We’ve played some tough RMAC teams and we are way better than what our record shows. We saw this as a game we needed to win. It feels good.”

“We have been talking a lot about being in the moment, and having zero outside effects on how we play,” Cardenas said. “We had a strong mentality. Most teams wouldn’t be able to battle the heat and the back and forth scoring. We overcame this with a tough mindset.”

CSU-Pueblo improved to 4-3-1 (1-3 RMAC), while Colorado Christian fell to 2-3-2 (1-3 RMAC). The Thunderwolves travel to New Mexico Highlands next Sunday afternoon and the Cougars return home for a Friday afternoon battle against Adams State.

Student-to-teacher ratios may be in jeopardy

The Military and Women

Library renovation is worth the wait, dean says