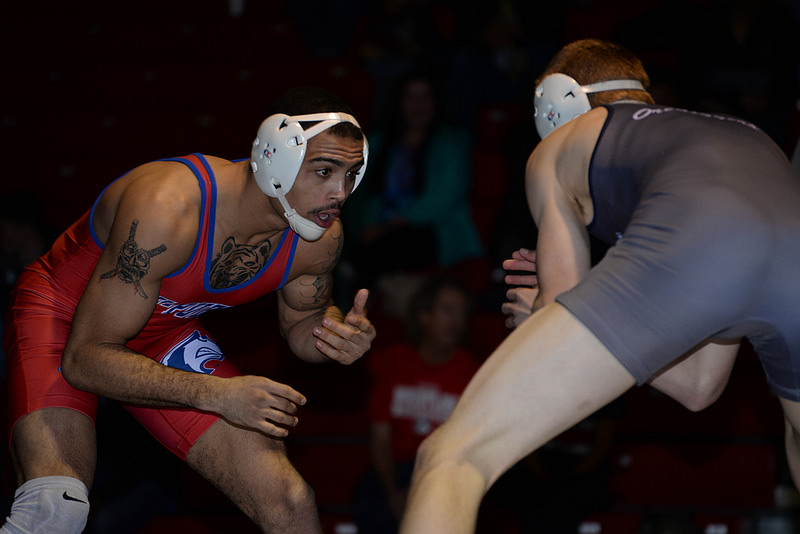 Colorado State University-Pueblo’s wrestling team won the 2017 Rocky Mountain Athletic Conference Feb. 4, with a lead of 16 points over the other universities, totaling 116.5 points.

This wrestling conference was held at the Olympic Training Center in Colorado Springs, Colorado. The CSU-Pueblo wrestling team’s season begins in November and goes until March for their national tournament.

Head coach Dax Charles has worked with the CSU-Pueblo wrestling team for nine years as the head coach and assistant coach for seven years. Charles said. “It is nice to be able to win in our own back yard being that it was at the Olympic Training Center in Colorado Springs.

The Rocky Mountain Athletic Conference is a NCAA Division II conference located in the states of Colorado, Nebraska, New Mexico, South Dakota, and Utah. The RMAC currently competes in 23 NCAA Division II sports and has earned 57 NCAA Division II national championships and 47 national runners-up since 1992. Founded in 1909, the RMAC is the most historic athletic conference headquartered in the western United States and in Division II, according to the RMAC’s official site.

Each wrestler competes individually in their own weight bracket against other wrestlers. Based on the individual’s performance, the university will receive points that go towards the final ranks to determine which team will be declared the champion. For the individual champions, there is a bracket for each of the ten weight class.

“It’s a tough tournament and the reason we won was because we came together as a team, we all wrestle for each other not for ourselves and that’s what makes the difference,” said Kyle Fantin, Senior at CSU-Pueblo.