Colorado State University Pueblo will be adding six new sports to the athletics program, as part of a $25 million “On the Move” campaign.

The $25 million campaign, which is planned to take place over the next three years, includes three parts: $15 million in new scholarships and financial aid, $5 million devoted to renovation of the OUC and $5 million for the addition of the new sports.

The sports will include men’s and women’s lacrosse, men’s cross country, men’s indoor and outdoor track and field and women’s swimming and diving.

CSU-Pueblo Foundation chair Dan DeRose spoke on the details of the campaign, and noted that although they knew it was going to be a difficult challenge, the foundation board stepped up to the occasion and unanimously said, “Let’s do it.”

DeRose noted that in the past 60 years of the foundation, they have accumulated $26.3 million.

“Basically what we accumulated in 60 years, we’re going to try to raise in three (years),” DeRose said.

He went on to explain exactly how the money would be distributed and put to use.

The campus will also see renovations to the soccer field, which will be transformed into a $2.5 million soccer and lacrosse complex, complete with grandstand seating for 600, synthetic turf, concessions, a press box and more.

“It will be the nicest soccer and lacrosse stadium in the state of Colorado,” DeRose said, “And certainly the nicest in the Rocky Mountain Athletic Conference.”

The other $2.5 million of the money dedicated to the addition of the new sports will go toward scholarship funds and other athletic expansion costs for men’s track, men’s cross country, women’s swimming and diving and men’s and women’s lacrosse.

“As a result of the six new sports, we will bring in at least 130 new student-athletes to the university,” athletics director Joe Folda said, “And that doesn’t take into account the friends, girlfriends and boyfriends that may follow them here.”

CSU-Pueblo previously offered men’s indoor and outdoor track and men’s cross country, but the programs were cut in 1993. The programs had a rich history before their end, boasting dozens of all-Americans and four individual national champions.

Matt Morris will be the man in charge of the new men’s track and cross-country programs, and will also lead the women’s teams. Morris comes from Carroll College in Montana where he brought a start-up program to the national spotlight, earning four conference championships, three coach of the year honors and three NAIA national champions.

Folda said the addition of sports like lacrosse is very beneficial, as it is one of the fastest growing sports in America. He went on to say the addition of the six new sports, bringing the university total to 22, would be somewhat of a “final step” in CSU-Pueblo becoming the “Jewel of the South” in Colorado. 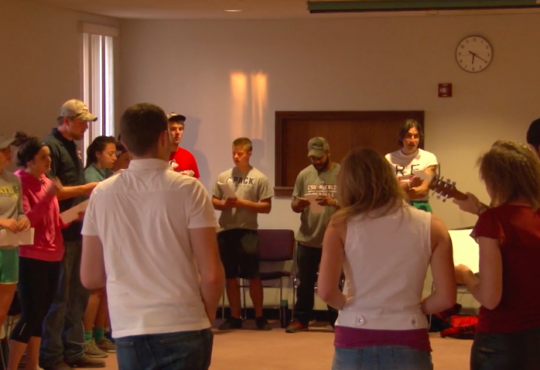 Sprinklers on campus not intended to drench students