Known for its championship athletic programs, CSU-Pueblo is not only home to student athletes from all over the country, but also from different parts of the world.

Two star players for the CSU-Pueblo tennis team are Trung Le and and Marcelo Chaparro. Le is an international student from Vietnam, and Chaparro represents the country of Colombia.

Le is a senior marketing major, who is from Ho Chi Minh, Vietnam. He transferred to CSU-Pueblo from Seminole State College in Oklahoma in fall 2013, and served as the captain of the CSU-Pueblo tennis team during the fall 2014.

He and has been playing tennis for past 15 years and currently holds the number one position on the team. In Vietnam, at the age of 11, he ranked four in the nation among players under 14.

Le also won six national titles in Vietnam and played for the Junior Davis Team, which is also known as the national team in Vietnam. Because of his position, he had the opportunity to visit India and Malaysia multiple times.  He has also travelled to Myanmar, Thailand, and Brunei to play tennis.

But tennis is not the only sport Le is interested in.

“I have played a lot of sports and won national swimming gold medal in Vietnam, when I was nine years old in the fifth grade,” Le said. “I wanted to play basketball, but in Vietnam there’s not a lot of scope for it.”

The tennis team’s main season starts in spring, but they play four to five matches in fall that are not part of the regular season.

Le has high hopes for this year’s tennis season.

“The coming season is going to be hard as we have some new guys coming, and we are looking forward for good news,” Le said.

Tennis team members must have a 2.0 GPA in order to stay in the team. Le believes that gives students in the US a lot of flexibility to maintain a balance between education and sports.

“The reason I came to US is because, in Vietnam, one has to give up studies in order to be become a professional athlete,” Le said. “But, in US one can be flexible with both studies and practice.”

Le started learning English in fifth grade and first came to United States
in the year 2010.  He studied the English language in summer school in Terry Town, New York City.

“During my first trip of summer school in the States, I visited Boston and Washington D.C., and made a lot friends from different parts of the world including Mexico, China, Italy, Spain, and Holland,” he said.

Marcelo Chaparro transferred to CSU-Pueblo from Javeriana University in Bogotá, Colombia in spring 2014, and is majoring in business management.

Chaparro is currently serving as the captain of the CSU-Pueblo tennis team, and is looking forward for a great season.

“I feel that we have a very good team, also we have a lot of expectations for this season and I am looking forward to it,” he said.

He is currently ranked number three on the team, and being the captain, he has developed some attainable goals for the team to reach this year.

“My first goal is that our team gets classified in the Rocky Mountain Athletic Conference, then hopefully to the regionals, and then at least to the second position in the conference,” Chaparro said.

He said conditioning multiple times a week helps a lot with the team performance.

“We have conditioning twice a week, and I think it helps us a lot and makes us go to the gym regularly on our own,” Chaparro said. “We also have practice three times a week during this month due to weather, when normally we’d have it five to six times a week.” 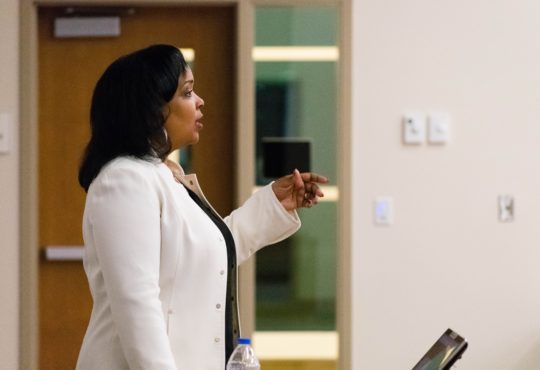