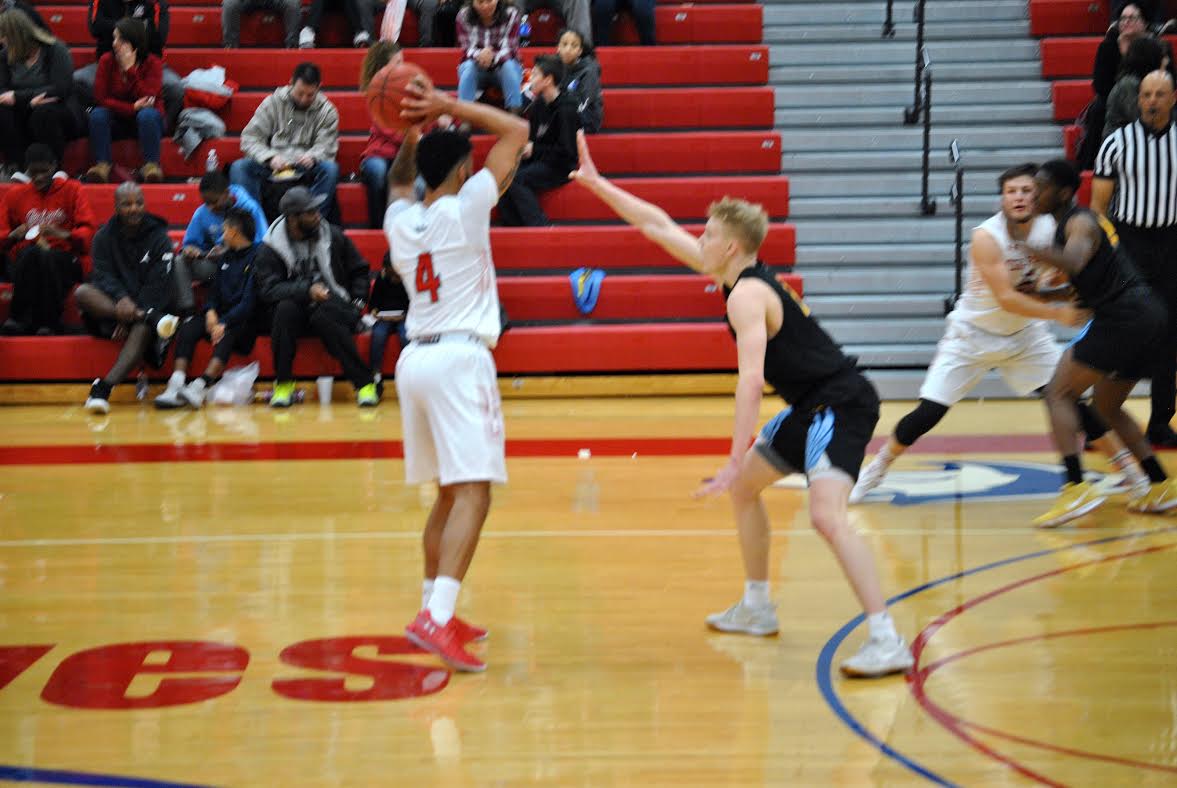 Colorado State University-Pueblo’s men’s basketball team looked as if they were going to get there first Rocky Mountain Athletic Conference win.

That was until Fort Lewis College took over in the second half.

“I thought we did some really good things for about 28 minutes of the game,” said Ralph Turner, head coach for the Thunderwolves.

The Skyhawks had two significant runs that led them to a 73-61 victory Saturday night at Massari Arena.

The Thunderwolves took an early 16-9 lead after BJ Hardy hit a 3-pointer moments after coming off the bench.           After a Skyhawks timeout, Fort Lewis went on an 11-2 run that included three three-pointers. Foul trouble was a problem for both teams, as the Skyhawks and Thunderwolves were both in the bonus for most of the first half.

CSU-Pueblo led 34-30 at the half. The Thunderwolves picked up where they left off when the second half began, but the Skyhawks fought back. The Skyhawks went on 11-4 run, tying the game at 46. From there, AJ Sparks and Fort Lewis took control. Sparks finished the game with 21 points, leading all scorers.

The Skyhawks outscored the Thunderwolves in the second half 43-27. All of this happened in the absence of Riley Farris, who was a key player on the Skyhawks regular season RMAC title a season ago. The victory for Fort Lewis was there first in RMAC play this season, improving their record to 5-3 (1-2 RMAC).

Fort Lewis returns home for a matchup with South Dakota Mines on Saturday at 7:30 p.m.  CSU-Pueblo will hit the road for a battle with Westminster College at 7:30. “We have to get better at handling the ball, being able to execute with pressure on us, and learning to value the ball and not turn it over,” Turner said about the Thunderwolves’ upcoming trip to Utah.

“I’ve got a great bunch of kids. Their attitude is so good and they’re so hungry and they’re working at getting better,” Turner said. “I have no doubt that they’ll be able to perform at a higher level.”

CSU-Pueblo will also hope to get back to full strength, hoping that Jordan Phillips and Dylan Mileto, who did not play this weekend, will return to action soon.