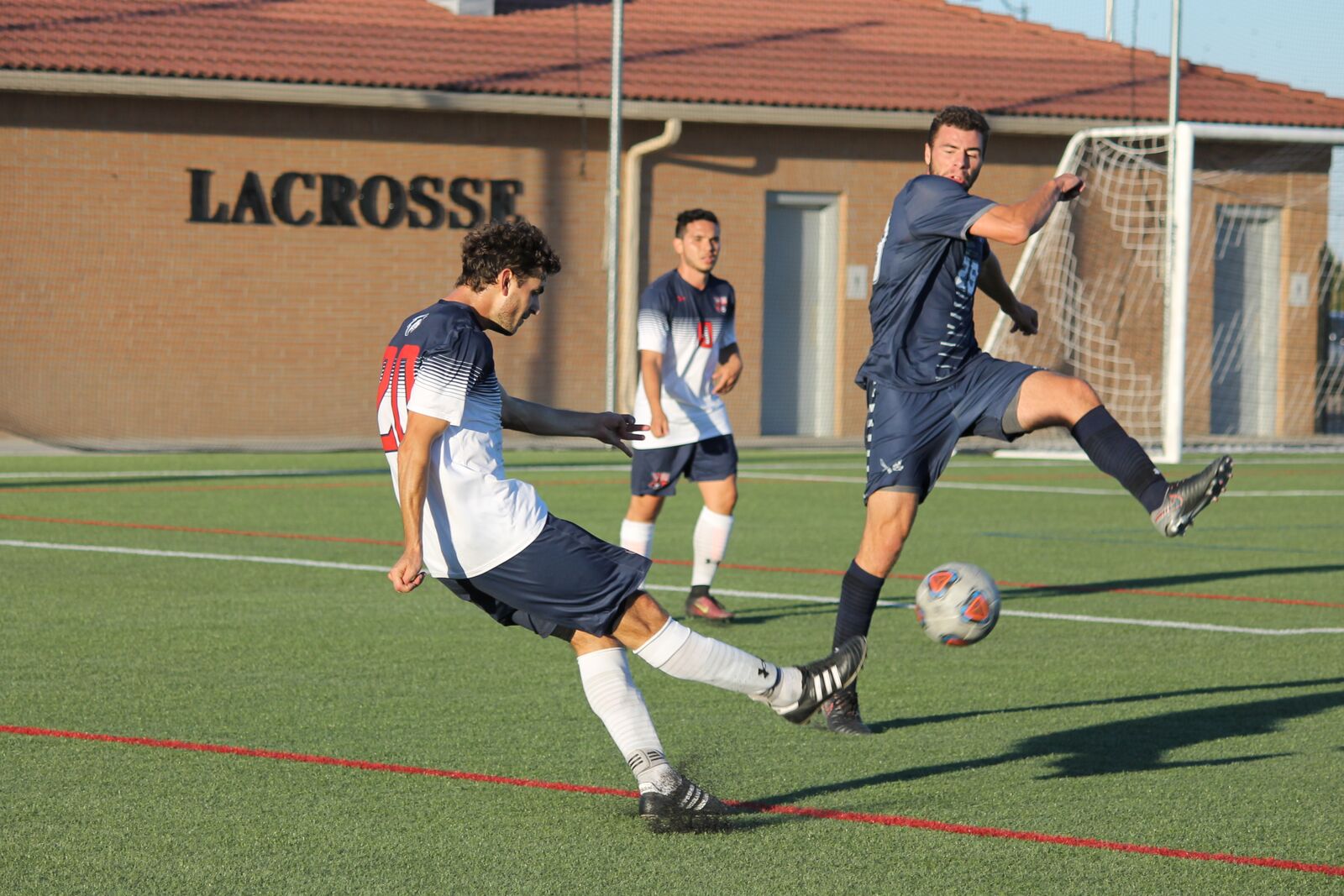 Colorado Mines junior John Haist scored the opening goal in the 14th minute. It was the only goal of the first half for either side. After a scoreless first half, sophomore Brayden Ballman scored the Pack’s first goal early in the second half.

“It’s a great feeling to score, especially at the college level,” Ballman said. “Scoring against guys who could be four years older than you is a good feeling.”  With a 2-1 score in favor of the Orediggers, the Thunderwolves needed to make a comeback.

The Thunderwolves found the net two more times, but one was ruled offside, leaving them behind on the scoreboard.  “Two goals, you can’t ask for much more than that, we had a few missed opportunities, I think we should’ve won the game, to be fair,” said Mike Chism, Thunderwolf left back and team captain.

“We had a goal taken away from us though, so you know, it was pretty unfair, can’t blame anything on the offense tonight.” In the final minutes in the second half, junior Cesar Zamudio tied the game 2-2, eventually taking the game into extra time. “The offense, in the beginning we weren’t finding too much spots,” Zamudio said. “I think I found like three and I just scored one.”

In the first of two 10 minute overtime periods, Colorado Mines’ Talon Stanley scored the game winning goal unassisted from 18-yards out. Even though they didn’t win, Ballman said his team performed well.

“I think we moved the ball a lot better than we ever have,” Ballman said. “This is one of the top teams in the country, they’re nationally ranked and I think we outperformed them by far.”

The team’s record this season is 3-3-1, three more wins than last year at this point in the season. “We’re off to a much better start this year, because we started 0-7 last year, so to be 3-3-1, obviously we think we could be better than that,” Chism said.

“Last season I just don’t think there was enough chemistry, we weren’t scoring enough goals, people weren’t on the same page out on the field, and I think everyone’s out here to play as a team this year,” Ballman said.

The Pack play their next game Sunday at noon at Art & Lorraine Gonzales Stadium.

Get a Life tour rocks Pueblo