CSU-Pueblo mass communication major, Tyler Shown, was inspired to start a new club soccer team  on campus, and it has been more successful than he could have imagined.

“It seemed like this club happened over night. We started talking about it in March, and by the end of March we had 13 guys getting together for a scrimmage. Even the administration was impressed with how quickly things happened,” said Shown.

Some members of the club team had opportunities to play for the university soccer team, but they decided against it. Different views and opinions kept them from joining, and instead they created their own team. There are no hard feelings toward the Thunderwolf soccer team as several members play for both the club and the actual team.

Shown said one motivation for starting the club team was the huge time commitment to the university team.

“This club team provides the same competition as other college sports with less time commitment,” he said. “We practice about two or three times a week, which is good for school. And for me, school comes first.”

Since this is CSU-Pueblo’s first club soccer team, the members are playing in a division with schools who have been playing club soccer for years. The players said they are not worried; with such a wide range of talent on the team, they expect to finish in the top three in the division.

“I feel like we have the group of guys that could win the division; it’s just a matter of getting meshed and seeing how everyone plays, and becoming a team,” Ceasar Paredas, another founding member said.

The club team played their first game against UCCS. It was a nail-biter as they went into overtime at 2-2. There are nine games left, and people are encouraged to support the team by watching the games or liking their Facebook page at “CSU-Pueblo Men’s Club Soccer” where their game schedule is posted. Practices are held Mondays and Thursdays at 7 p.m. at the recreation field on campus. 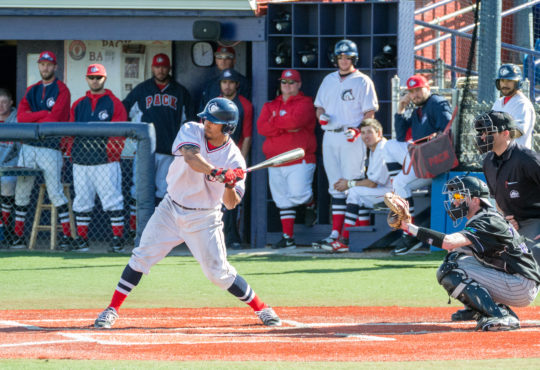 Colorado State Fair was one to remember