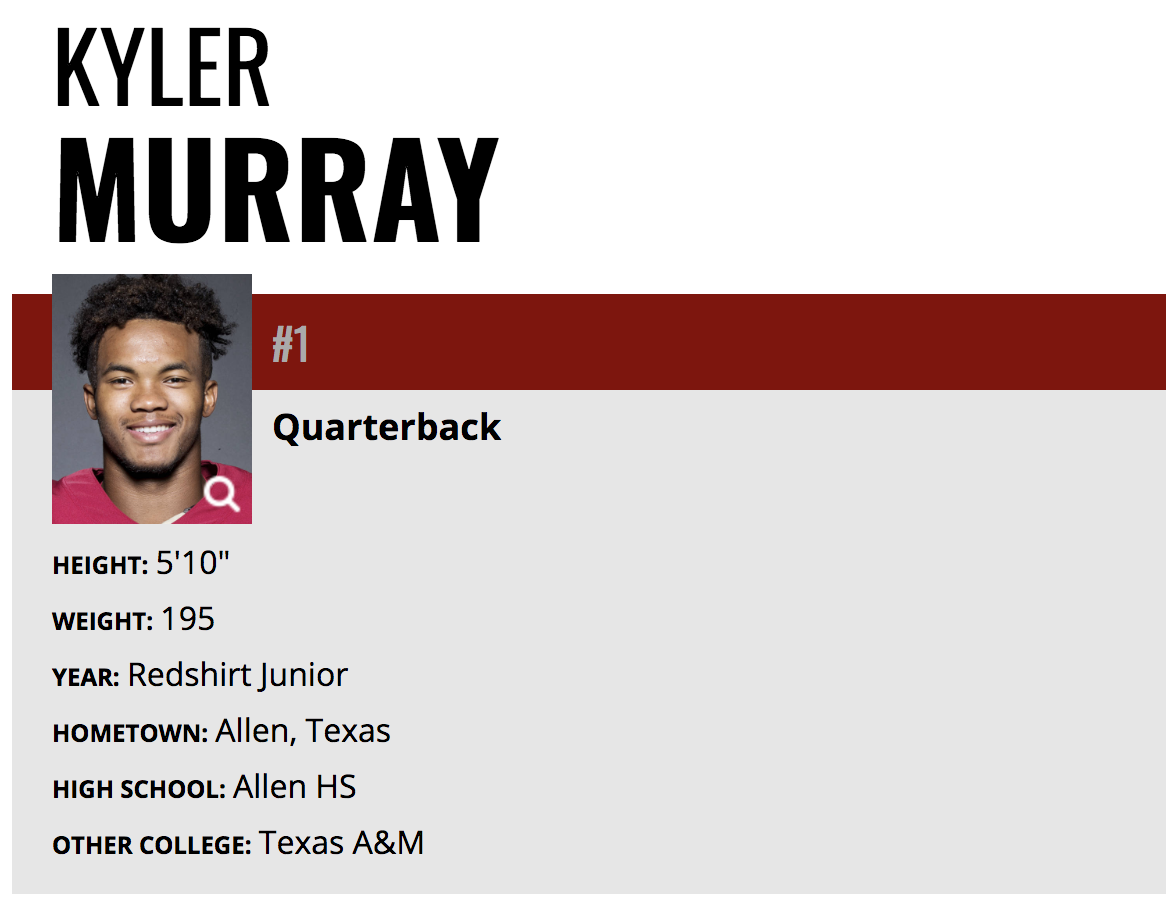 Former Oklahoma Sooner quarterback and Heisman Trophy winner, Kyler Murray officially declared for the NFL Draft on Feb. 11. Since then, Murray has been in headlines regarding his professional sports future interests.

Murray, who also played baseball with the Sooners, was drafted by the Oakland Athletics in the ninth round of the 2018 MLB Draft. However, Murray decided to play football for one last season and then head to the MLB.

After Oklahoma’s College Football Playoff loss to Alabama, Murray said he wanted more money from the A’s, and if he didn’t get it, he would head to the NFL.

Mike Leslie, a reporter from Dallas said, “According to a source close to the situation, Kyler Murray’s number is $15 million.” When Murray didn’t get this offer from the A’s, he declared for the NFL Draft.

Murray will likely be the first quarterback drafted this year. But the question is which team will draft him?

The Arizona Cardinals have the first overall pick this year, and sports experts believe that they should trade their first-round quarterback Josh Rosen and draft Murray.

NFL.com analyst Bucky Brooks said, “With the 5-foot-10, 195-pounder showing he can find and fit the ball through tight passing lanes at the line of scrimmage, it’s easy to envision Murray thriving in a rhythm offense like Kingsbury’s version of the air raid.”

Murray’s size can be a concern as an NFL quarterback. His size is not the size of an average NFL quarterback, but with Murray’s arm strength and ability to run, he could break out and be very successful in the NFL.

The San Francisco 49ers and New York Jets hold the second and third picks, and neither will likely draft Murray.

The 49ers will likely have their starting quarterback, Jimmy Garoppolo back after he tore his ACL last year, or stick with Nick Mullens, who was impressive after taking over for C.J. Beathard.

The Jets are likely to stick with second year quarterback, Sam Darnold, who threw for 2865 yards and 17 touchdowns in his rookie season.

The Raiders have now officially moved out of Oakland, and may be looking for a fresh start, especially since quarterback Derek Carr hasn’t been the same since his injury in 2016.

The Buccaneers had a hard time finding a solid starting quarterback after rotating Ryan Fitzpatrick and Jameis Winston, and the Giants may be looking for a replacement for Eli Manning to help with their struggles.

The Jaguars are in need of a quarterback after Blake Bortles, who had led them to the AFC Championship in 2017, but was benched two separate times last season.

While the Cardinals can take Murray for the first pick, it is likely that they will stick with Rosen for at least one more season. With the 49ers and Jets keeping their quarterbacks, the Raiders would likely draft Kyler Murray, and rely on him to turn around the franchise.

Athletes must balance academics and sports