Last week’s outcome was one that many did not expect when the Pack fell to West Texas A&M, but the ThunderWolves responded Saturday with a victory.

In the first Rocky Mountain Athletic Conference game of the season against Western State, the Pack pulled together under a new quarterback. A.J. Thompson had his first appearance in college football this week, totaling 12 carries for 56 yards and a touchdown.

With Thompson at the helm, the ThunderWolves used a heavy rushing attack to take down WSCU with 295 rushing yards. The Pack took control of the game from the beginning offensive drive, forcing the Mountaineers to punt after scoring on the opening drive.

The Pack went on to add two field goals and took a 13-0 lead against the Mountaineers.

WSCU remained scoreless until the final minute of the third quarter when Ryan Winkle nailed a 32-yard field goal to cut the lead to 13-3. The squads went on to trade scores for the final of 20-10.

In Saturday’s competition, the Pack defense held the Mountaineers to 244 yards of total offense, which marked the lowest opponent total yards of the young season.

The ThunderWolves took care of the football this week with only one turnover. In last week’s game against West Texas, they gave up the ball six times to the Buffaloes.

Cameron McDondle, a senior running back, led the Pack with 189 rushing yards and one touchdown on 30 carries. McDondle totaled 264 yards from the line of scrimmage and added a reception for 75 yards.

The Pack’s offensive line was able to guide the ThunderWolves to 295 rushing yards and allowed only a single sack on quarterback A.J. Thompson.

The defense had a big night with Morgan Fox recording three sacks, which marked his third multiple sack contest of the season. Kevin Cuff also recorded a sack against the Mountaineers and tallied 11 tackles to tie his career high.

The ThunderWolves will host Western New Mexico University Saturday, Sep. 26 at 2 p.m. and will celebrate the annual Military Day. 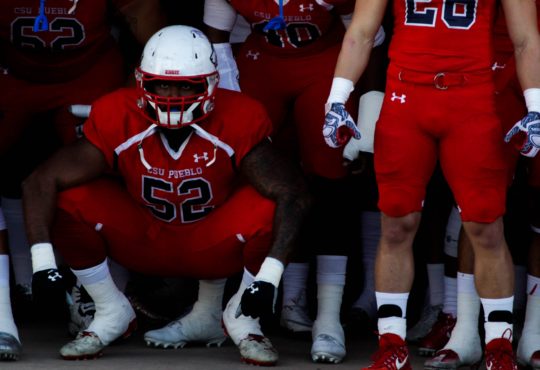 Music and comp technology classes get a makeover