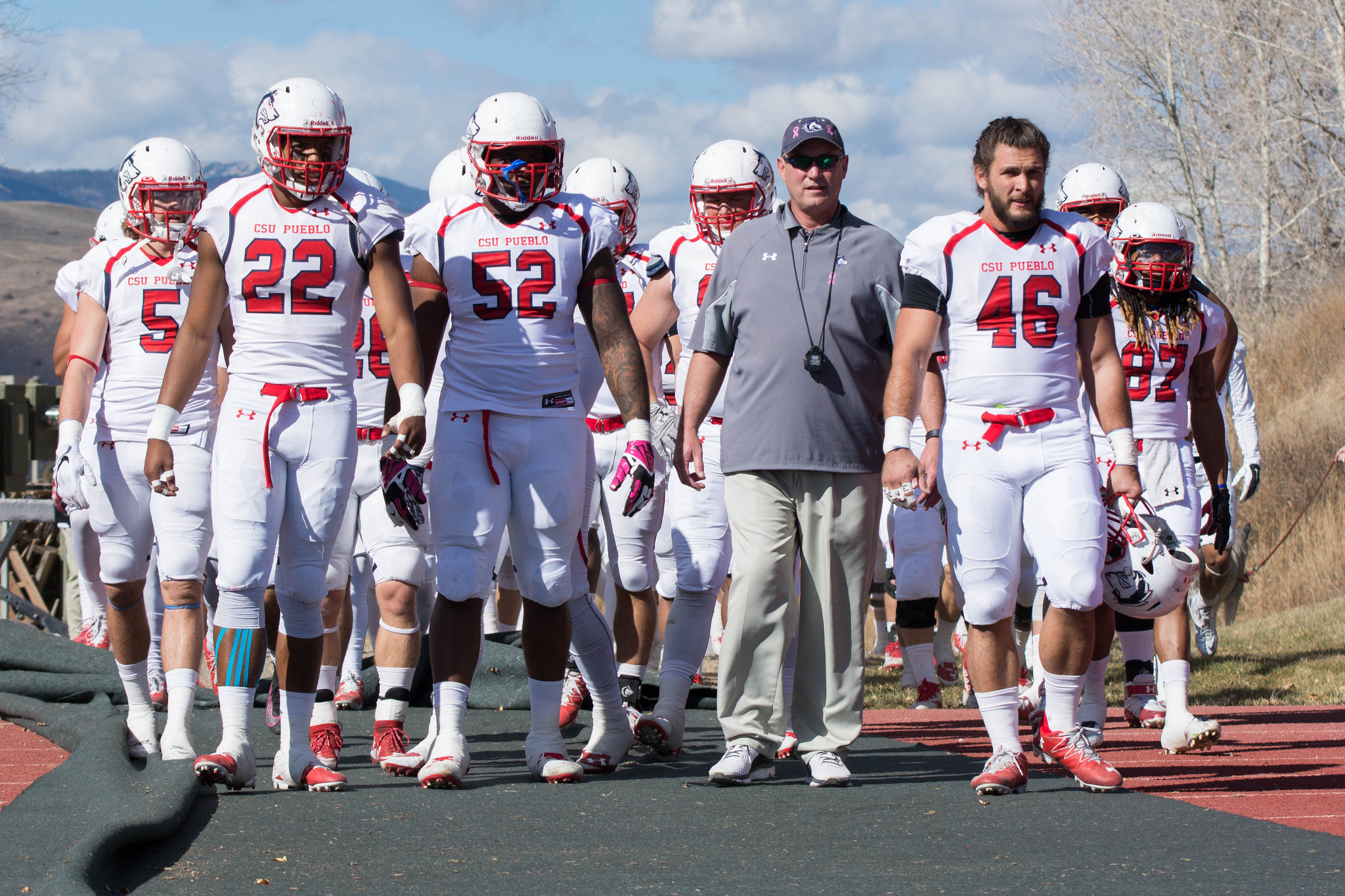 Since returning from winter break, the pack have been training each day of the week. Each day has also consisted of 6:30 a.m. practices.

Strength and conditioning coach for all athletics at CSU-Pueblo, Allen Hedrick, said that the players have been working hard after a season where they failed to make the postseason. “These boys have been pushed to their limits,” he said. “After a season that didn’t end well, it’s important we do things we didn’t do last year,” Hedrick said.

Hedrick also said he hopes the spring game is a reflection of how hard the players have worked this spring. “Me as a strength and conditioning coach, nothing makes me feel more proud than seeing the boys put their hard work in the weight room then see it translate on the field,” he said.

At the beginning of spring training, players would lift on Mondays, Wednesdays and Fridays and run Tuesdays and Thursdays. After the phase was complete the pack started their 1-of-13 practices as a team.

Junior outside linebacker, Noor Shongolo, said that the spring training has been a hard process after a disappointing season last year. “Spring has always been tough since I’ve been here,” he said. But this year we know as a team we have to take it to the next level,” Shongolo said.

Shongolo also went on to say the upcoming spring game will be a good indicator on what direction the team is heading going into the fall season. “The spring game is always a great way to see where we’re at as a team and what needs to be improved coming into the fall,” Shongolo said.

The Pack football team host its spring game April 21 beginning at 6 p.m. at the Neta and Eddie DeRose Thunderbowl.

Black Pegasus makes a name for rap in Colorado