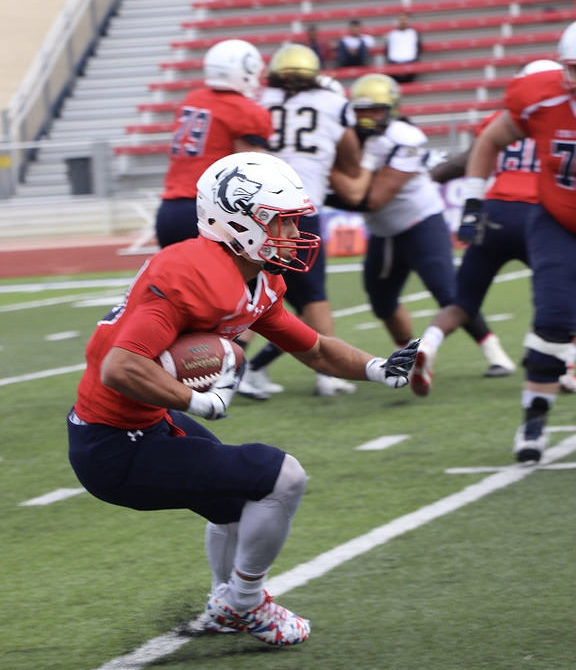 Pack football defense prevailed in a 39-0 win over the Fort Lewis Skyhawks on Saturday. Twenty senior players were honored before their last home game of the regular season.

Neither team scored a touchdown in the first quarter. The first opportunity to score for the Thunderwolves was a missed field goal attempted by kicker Mitchell Carter.

However, the Thunderwolves scored a safety and Carter redeemed himself with three field goals before the end of the first quarter.

Brandon McDondle and Preston Guerra scored the first two touchdowns of the game in the second quarter. Pack defensive back Marcus Lawrence intercepted a pass made by Skyhawk quarterback Nick McNamee and ran 72 yards at an attempt for another touchdown.

Going into halftime, the score was 25-0 in favor of the Thunderwolves. Quarterback Brandon Edwards threw a 20-yard touchdown pass to Brandon O’Donnell, followed by another successful kick by Carter in the third quarter.

In the fourth quarter, AJ Thompson rushed 7 yards for a touchdown, followed by one final extra point kick by Carter.

Middle Linebacker Quinn Vandekoppel, who has been on a 3-week absence from football, returned for the win against Fort Lewis.

Vandekoppel said the coaches prepared him to return to the field. “I was working out every week or every day that I was gone, so being out of shape wasn’t a factor,” he said, “and like I said the coaches did a great job getting me up to speed, so I was just fine coming back.”

Vandekoppel said the program is preparing for the Rocky Mountain Athletic Conference tournament by taking it game-by-game. “We don’t really focus on the playoffs when we still have two games left in the regular season,” he said.

“We just got to focus on those two games, and then you know, once playoffs come, we focus on the first playoff game,” he said. “We’re not really getting too far ahead of ourselves, we just got to worry about the next game.”

Vandekoppel said Colorado School of Mines was the most challenging opponent the season. “They exploited a lot of things that really hurt us, but a lot of those plays were probably our mistakes,” he said, “and so based off of that game, we kind of changed our mentality and have played really well ever since.”

“I believe that we’ve set a foundation, the people before us have set a foundation that whatever, whoever’s in the game you take care of business,” he said, “no matter how old you are, if you’re a freshman, or you’re a sophomore, or whatever you’re just playing with the Pack mentality.”

Vandekoppel said he would love to host a playoff game and to play in the ThunderBowl again. “Hopefully we can have more than just one playoff game here, that’d be great like we did in 2014,” he said.

Overcoming the loss to Colorado School of Mines shows how committed the Thunderwolves are, according to Vandekoppel. “When you lose to a conference opponent, you get kind of down,” he said, “but I mean we responded right away. We went down to commerce and beat the number one team in the country.”

Senior defensive back Jadon García said every game is a new battle. “We’ve been in playoff mode since we have lost to Mines,” he said. “Right now, it’s still that same process just taking it game-by-game, day-by-day, week-by-week and just making sure everyone’s on point so we can get another victory like we did today.”

García said every team has their strengths. “I can say the most physical team we’ve played so far for me would probably be Texas [A&M Commerce],” he said, “and passing wise, I guess Mines is a good passing team, but those two right there are some pretty good teams we’ve been against so far.”

Although some of the players are a leaving, there are a lot of returning players, according to García. “Being a part of CSU-Pueblo, we do have a lot of depth, so I mean a lot of the young guys they’ve been playing and they’re ready to step up,” he said. “I can say that it’s going to be emotional with all of us leaving, and everything so it’s exciting but it’s sad at the same time, so I’m not trying to have this be over.”

García said it would “mean the world” to him to host a playoff game. “As a senior that also means the world to me, I mean, you’re on the biggest stage in one of the biggest games at this level of football,” he said.

Staying disciplined is the key to the team’s success, according to Garcia. “If we can stay together… keep working together as a team, doing our job, individually as players all eleven are going to come together and we should be successful,” he said. 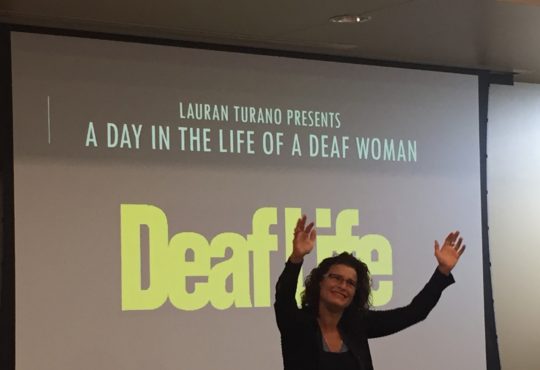 Don’t be tricked by food labels