The first week of the 2016 fall athletics season was an up-and-down affair for the CSU-Pueblo ThunderWolves, as five sports kicked off their season’s in the first four days of September.

All-in-all, Pack athletics brought home six wins and five losses across all programs combined, although Pack cross country’s two wins in that total were first place overall for the men and women’s teams in a meet consisting of four schools, making their achievement more impressive than just a simple “W”.

So let’s start chronologically and take a look at how things went for Pack sports over the last week.

The first game of the fall sports season, as well as the first for Pack football, was a gigantic upset that came at the hands of in-state rival and in-conference foe Colorado School of Mines, after an almost two-hour lighting delayed postponed play.

Returning senior CSM quarterback Justin Dvorak torched the Pack’s defense with 402 yards passing and six touchdowns with no interceptions. While mistakes and costly turnovers never allowed the Pack to find their stride in the game.

The result was a huge upset for CSU-Pueblo. The team entered the game ranked No. 5 in the nation by the American Football Coaches Association, while CSM entered the contest ranked No.18.

The 36-point differential was the largest such difference since CSU-Pueblo’s football program was reinstated in 2008, so the Pack will look to regain their footing this coming week against West Texas A&M in the team’s first home game of the young season

CSU-Pueblo Women’s Soccer had two games in three days to start their season, facing off against Texas Woman’s University on Thursday, followed by Midwestern State University on Saturday.

In their opening matchup against Texas Woman’s, the Pack fell 0-2 to TWU, despite producing three more shot attempts than the pioneers, as well as attempting three more corner kicks.

However, TWU had more shots on-target than the Pack, as the Pioneers netted two of their five on-target shots, while the ThunderWolves were unable to capitalize on any of their three on-target attempts.

The Pack redeemed themselves on Saturday, however, in a matchup against Midwestern State. CSU-Pueblo was on the winning side of the same 2-0 scoreline in their first win of the season, bringing their record to .500 with a 1-1 start to the year.

Senior forward Laikyn Koss, who netted two goals in the first 20 minutes of the match, put the Pack up 2-0 going into the second half.

Stellar defense and a steadfast performance by CSU-Pueblo goalkeeper Alison Darr ensured the two-goal lead held for the rest of the game. Darr had five on-target saves ad picked up her sixth career shutout for the Pack, while the CSU-Pueblo defense limited MSU to just eight shots on the day.

CSU-Pueblo’s cross country team started their season off with a dominating bang on Friday, taking first place overall in both the men’s and women’s categories.

Dominant is the primary word, as the men not only finished first overall but placed every one of the top four runners in the men’s 5k, while the women also took first overall and placed all of the top three in the women’s 4k event.

The men ran a team time of 1:17.53 to finish first in their first competitive event of the year.

The women’s team finished with a time of 1:14.20, with senior Bailey Hughes finishing first at 14:14.4, just one-tenth of a second ahead of teammate Miriam Roberts who crossed the line at 14.14.5. Senior Jordan Mathes finished third with a final time of 14:17.

Next up for the Thunderwolves is a meet at the Colorado College Invite on Sept. 10 at North Monument Valley Park in Colorado Springs, Colorado.

The ThunderWolves volleyball team had a tough go in their first tournament of the season, dropping three-of-four games in Texas at the Texas Women’s Tournament in Denton, Texas by a combined score of 6-9 sets.

In the first match against Texas A&M Commerce, the Pack fought hard but ultimately lost three sets to one, despite a .225 team hitting percentage in comparison to a .167 for TAMUC.

Serving might have been the biggest determinant of the game, as the TAMUC Lions combined for 11 aces, compared to just five for the Pack.

Their next three games saw two losses and one win for the Pack, who got that elusive first win on Saturday in a three-set sweep of Lubbock Christian University.

Junior Caitlin Broadwell and freshman Kelsey Bell both picked up their first career double-double for the Pack in the sweep, while CSU-Pueblo out-shined LCU, finishing the game with the lead in hitting percentage, blocks and aces.

CSU-Pueblo Men’s soccer also started their season off on a positive note, winning their first two home games against Newman University and Lubbock Christian University in a span of three days.

The Pack got their first win of the season on Friday, defeating NU 1-0 at the Art & Lorraine Gonzales Soccer Stadium, after a 32nd-minute goal from freshman Miles Sanchez gave the Pack a lead they maintained for the rest of the contest,

The Thunderwolves outshot the Jets three shots-on-goal to one, after totaling 10 total shots in the game.

The Pack continued their success Sunday,  taking down LCU 2-1 after two goals in the first five minutes, one by junior Lorenz Delaney and one by senior Mackenzie Paquette, gave the team an early two-goal lead.

The Pack once again outshot their opponents four to three in shots on goal, with nine total shots compared to the Chaparrals four.

With their first stretch of home games of the season complete, the Pack will look to replicate their early success in their first road competition on Friday against Northeastern State. 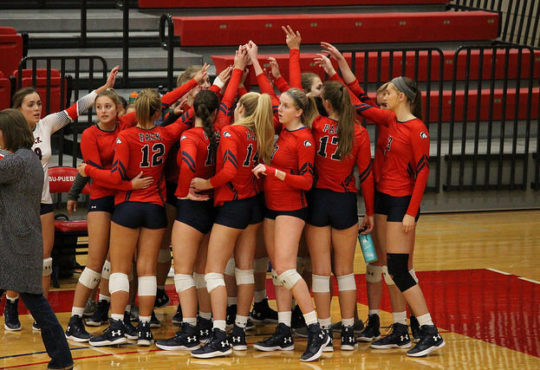 Outstanding educator of the year awarded to a CSU-Pueblo dean