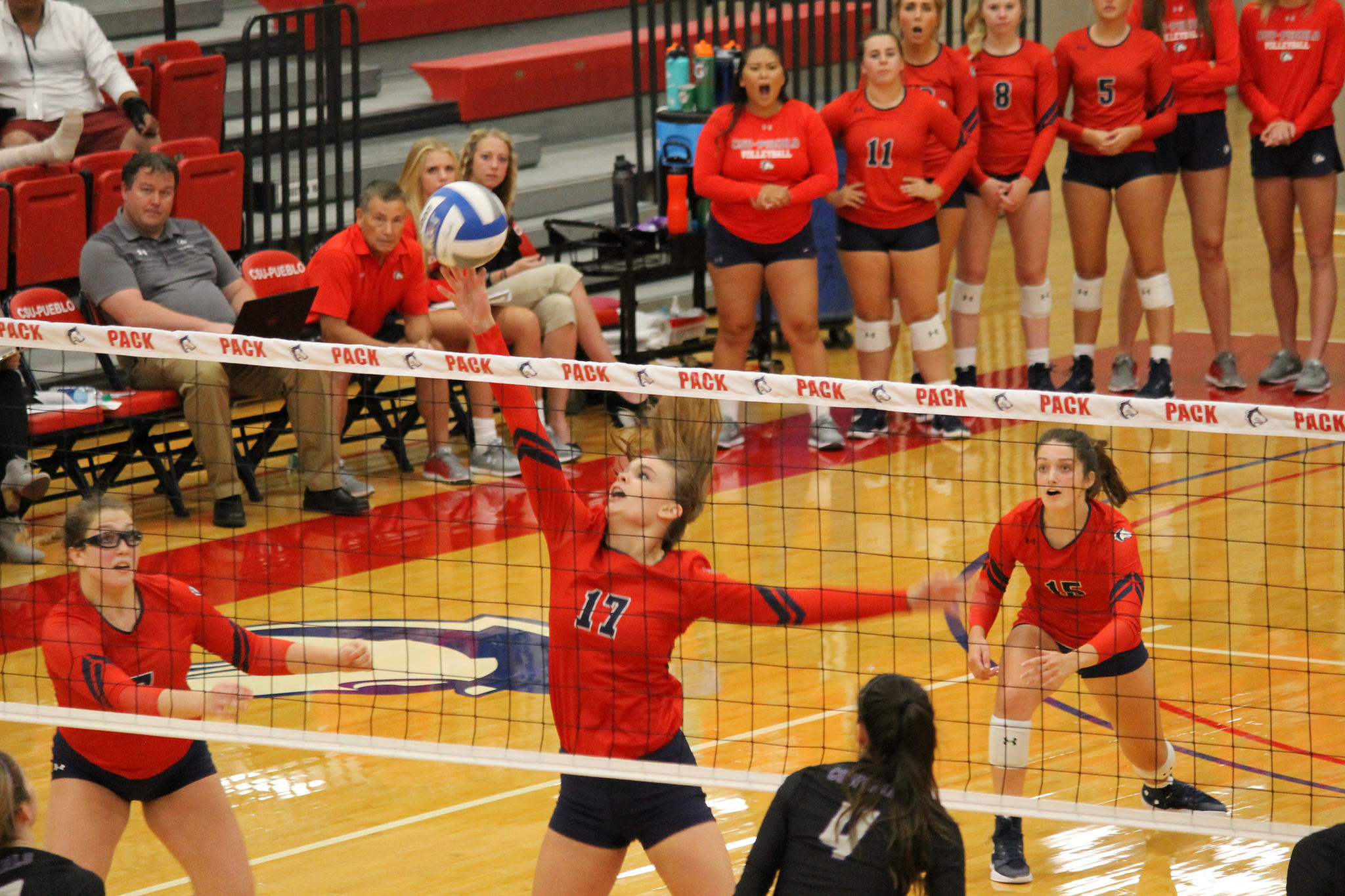 Head coach Jill Muhe said the Thunderwolves came out with high energy. Within minutes of the first set starting they took the lead. They were driven with momentum and the duo of Sarah Vang and Mallorie Post. Vang totaled 21 kills and Post collected 4 blocks. Thunderwolves took the win for the first set with the score 25-19.

“You know, we came out with this great energy and this fire, and in game two, we came out and they fought back and grabbed the momentum and ran with it,” Muhe said. “We just weren’t quite able to get it back.”

In the second and third sets, New Mexico took the lead early on and ended up winning both, but not without a fight from the Thunderwolves.  “One of the interesting things about volleyball is the set format,” Muhe said. “You have these built in momentum stops which is kind of different than a lot of other sports.

The final score was 25-21 New Mexico, but the Thunderwolves will not let this loss affect them according to Muhe.“We’ve got a couple days here so we’re obviously going to try to get ourselves in the position physically, mentally so that we can go out and compete again this weekend.”

Muhe also said this season is a process. This year, the team is a group of young girls, so it’s about these girls finding out how to keep the momentum they displayed in the first game and running with it through the rest of match.

Junior Sarah Vang said that she believes the team is making progress. “We’re all physically capable of beating teams like tonight but it’s just not connecting yet. It will, it’s going to, it’s just not there yet.