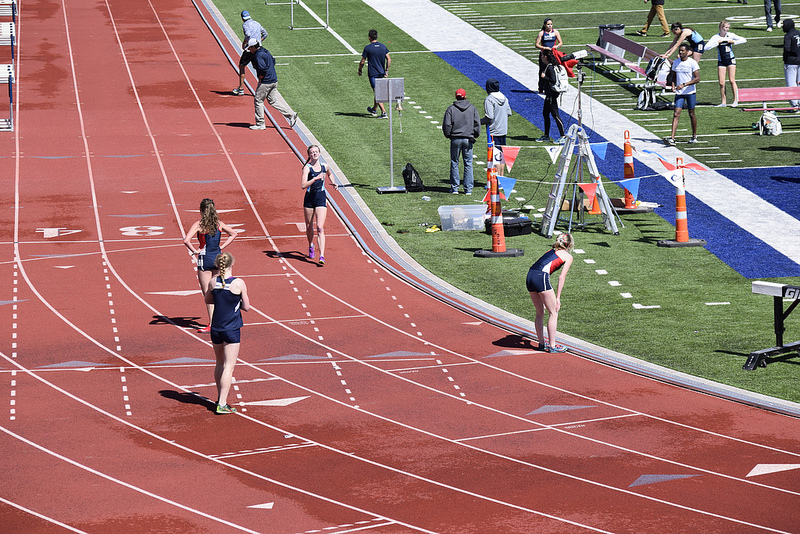 This past weekend the Pack congratulated two big winners, junior, Tatianna Clanton and junior, Derrick Williams. Clanton was able to win three events for the Thunderwolves, taking the 100m dash with a time of 12.18 and the long jump with a measurement of 5.88m. Clanton also participated in the 4x100m and 4x400m relay team’s victory.

In the relays, Clanton was the anchor for the 4x100m team made of senior, Andrea Tuck, freshman, Lauren Fairchild and freshman, Taliah Burney. The 4x400m team was able to post a winning time of 3:49:83, with Clanton lead the relay and was followed by Burney, Tuck, then Sydni Riley.

Riley, in the 800m run, finished second but had a time of 2:10.86 which added to the Pack’s five provisional marks. The time ranks 14th nationally. Burney also competed in an individual race and earned a victory with a top time of 57.04 in the 400m dash. Fairchild in the 200m dash, placed second with a time of 26.04.

The men’s 4x400m relay came towards the end of Sunday’s event and the team made up of sophomore, Shawn Horne, sophomore, Zach Retzlaff, freshman, Thomas Staines and junior, Dueth Vassell. The team placed third in the race with a time of 3:20.93.

Head Track and Field coach, Matthew Morris said that yesterday’s performance was great to see. “It’s always good to see the hard work our team puts in daily get put on display during meets.” Morris said. “It’s a great way to start the spring season.” he said.

The next scheduled meet for the Thunderwolves is the Colorado Invitational, April 7-8 at the Balch Fieldhouse in Boulder, Colorado.

Ray Kurzweil, the director of engineering at Google, on DNA

A long but unfinished journey

Many winners at Think Pink Party