The win was the Pack’s 13th win of the season, improving their record to 13-7 overall and 10-6 in conference. The Pack got out to an early lead and never looked back, leading by 19 at half. The Mountain Lions could only pull within 11 during the second half.

Rebounds were one of the key factors to the Thunderwolves success. The Pack out- rebounded UCCS 46-36, Caiti Forrester a freshman forward redshirt, forward redshirt freshman grabbed a team high eight rebound. 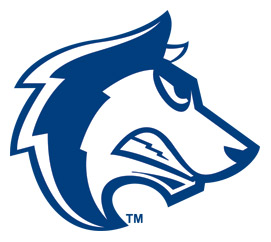 This was the second time the teams met this season. The first was 56-77 win for the Mountain Lions.

“We weren’t out for revenge, we just had the mind set that we weren’t going to lose,” Junior guard Kendall Babler said.

“We had basically the same game plan as the last time,” Babler said. “A few tweaks were added to the defense, but other then that it was the same.”

The tweaks must have helped the Thunderwolves, as they held the Mountain Lions to 36 percent from the field.

“When our defensive is solid our offensive tends to flow a lot better,” Babler said.

This was evident in the game as many players on the team shot very well. Babler went six-for-seven from the field, giving her a total of 18 points for the game.

Rachel Espinoza, a senior guard, also shot very well from the field going 7-8 from the field, including making her only 3-point attempt. Espinoza finished with 22 points and seven assists in the game.

Erica Hicks, a sophomore forward, had a solid 28 minutes of play finishing with 15 points, and shooting 50 percent from beyond the arch. She also grabbed six rebounds during the game.

The Pack has six remaining games left on the regular season schedule. They will play a very tough away game against nationally-ranked, No. 4 Fort Lewis next Friday. The women lost the previous meeting earlier in the season at home, 53-82.

The Thunderwolves only have two remaining home games on their schedule. February 18 they will look to get the season sweep against Nebraska-Kearney tipoff is at 6 p.m. Their final home game will be against Chadron State on February 19 tipoff is also at 6 p.m.

Lack of communication causes students to be dropped